ONLY BULLIES PICK ON WOMEN. 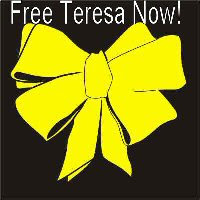 Press Statement : ABIM Condemns The Use Of Internal Security Act
The Muslim Youth Movement of Malaysia (ABIM) strongly affirms that is a country of laws not of men. We are a country which respects the rule of law and its equal application to all citizens under our Constitution and our guiding Islamic principles. At no time should a person be detained without undergoing due process of law, in which the right to fair hearing is of utmost importance, and criminal prosecution initiated for unreasonable purposes. Such an action, regardless of the initiating party, goes against the principles of natural justice and the Syari’ah which mandates impartiality, justice and fairness.
We strongly condemn the detentions of blogger Raja Petra Kamaruddin and Seputeh MP Teresa Kok under the draconian law of the Internal Security Act (ISA). ISA is a draconian instrument that goes against all tenets of fairness, justice and demoting the rule of law. It promotes cruelty and injustice by denying its detainees the right to be heard and a fair trial. In addition, the ISA is also prone to political abuse and there have been instances where the detainees have been mistreated.

With regard to the detentions of the two under ISA, whatever the motives of the detaining authority and the reasons for the detention, it is incumbent upon us to demand conformity with these standards. Both of the detainees should be given immediate access to legal counsel and, if there is a strong criminal case against them, they should be immediately produced before the court to face criminal charges and to be allowed a fair hearing.

In like fashion, we call upon the media, both the conventional and the new media, to give like effect to the grounded principles of fairness as established by our faith. In this respect, the media is responsible to carry out fair reporting of the incidents by taking into consideration sensitivities of our multiracial and multi-religious society. To do less, either as a participant in the process or an observer, is to forsake the bedrock principles of our Faith.

Even though ABIM is against the use of the ISA, at the same time ABIM believes that no individuals should be allowed unlimited freedom to ridicule, disparage and scandalize issues especially those relating to religion and race that may result in a breakdown of social order. The right to criticize and comment must be exercised responsibly within the limits of propriety that is sensible within social realities of our country.

FREE TERESA AND RPK
Posted by zorro at 2:32 PM

We Hakkas are mighty proud of our compatriot, Teresa, for her unrelenting fight for justice and equality for all her fellow Malaysians. Just like the great hakka Sun Yat Sen!

This video is hilarious. Upload it. BeeN paradoy

ABIM etc etc should not be afraid of DIALOGUE.

How about supporting the Inter Faith Commission?

watch this http://www.youtube.com/watch?v=_7XCRpRwz1s than you might understand how desperate they are, running around in circles. ON THE FACT OF SWITICHING POSITIONS FROM FINANCE MINISTER AND VICE-VERSA, Is badawi going to call out the army to stay in power. Or is this another merry go around on each trying to make a quick buck, will badawi now want to buy an icbm??? kickback???? najib in charge of finance is like giving the keys to the chicken BARN TO THE WOLF, WE really know how he manages funds., maybe he might want to buy LEHMAN BROS. MERYL LYNCH, kalah tak pah, tapi gaya mesti ada, I am absouletly shocked by this naivity of these 2, will najib taking over improve our economy, when he just spent another 11 billion on wireless broadband, when people don't have enough to eat, what are they going to do with the wireless broad band. ALSO heard adnan the buaya from pahang wants to set up a parrallel broadband service at another 18 billion. WHY DON'T THEY PUT THIS THROUGH THEIR HEADS, ITS NO USE BUYING ROLLS ROYCE, WHEN YOU DON'T HAVE THE MONEY TO BUY PETROL TO DRIVE IT. ONLY IN MALAYSIA DO WE FIND THIS AND THE GOVT. THINKS we will buy their propoganda.

Abdullah told reporters at a press conference to announce his swapping of portfolios with Datuk Seri Najib Razak that he also did not see any need in meeting Anwar.

Yesterday, Anwar claimed to have the support of enough Barisan Nasional (BN) MPs for his Pakatan Rakyat (PR) alliance to take over the federal government.

He had also claimed that he had asked the PM for a meeting to discuss a smooth transfer of power, in a letter he sent to Abdullah a day earlier.

Today, the PM denied that any such request was made in the letter.

"It only talks about security and leadership of the country and matters pertaining to the political and moral issues of the country.

"It is just to confuse the people so that they continue to listen to his talk about things that have not happened."

Abdullah said there was "not even a shadow of a mention" about any transfer of power to the opposition in the letter.

He said he had nothing to discuss with Anwar, because "he says one thing but his letter says something else-.

The PM said Anwar's actions had resulted in fund managers giving Malaysia a miss because of the political uncertainties.

"He is a threat to our economy and maybe even our security. I will not indicate to you what I plan to do, but what I will do, will be in the interest of the country."

Najib, who was also present at the press conference, pointed out that Anwar had been unable to deliver on many of his promises despite the fact that he knew all along that he did not have the numbers.

"These games about political stability will have an adverse effect on us. Let's not become victims of Anwar's games," said the DPM.

If you read between the lines you might get the hint, there is going to be more ISA ARRESTS, MARK MY WORDS, AND ANWAR HAS A BIG BULL-EYE PAINTED ON HIS FORHEAD, TELL ANWAR OR IF HIS PEOPLE ARE READING THIS , NO NEED TO BE MR. NICE GUY JUST GO TO THE AGUNG AND GET IT OVER WITH, THE NEXT COUPLE OF DAYS WILL BE VERY CRUCIAL, THE GOVT IS GOING TO GO ON A HUGE PROPOGANDA OFFENSIVE, THAT ANWAR IS NOT ABLE TO DELIVER. SO GET IT OVER AND DONE WITH. Also by taking over the armed forces is badawi giving the signal that they will use force, so when everything clears up after the slaughter, najib will not be held responsible, so he will be clean. WATCH YOUR BACKS.

If your children were to be put under ISA, how would you feel?

Look into the eyes of the rakyat and honestly give us the answer?

I received word from a reliable source that they are planning to pick Datuk Seri Anwar earliest by tonight or latest by Saturday under ISA.

Zorro, u heard anything ?

Zorro,
Now they have taken in Sheikh Kickdefella too about an hour ago.

Not only a bully, Khir Toyo has shown he is a coward by removing the subject controversial article in his blog!!!

A man of no balls!!! And how can he be a leader and represent UMNO.

The biggest scum bag I have seen.

Old Fart, sorry-lah mate, never intended to copy your name. Just another old fellow who likes farting when he sees justice isn't done, that's all. I use all small letters so we can be differentiated. Hope it is okay by you!? Peace not War!

Fellow "another old fart said"...Sun Yat Sen was born and raised in what used to be called Xianshan, but now called Zhongshan in Guangdong, China. His ancestry was Hakkas migrated from the middle northern regions of China some 2000 years ago, like many of the Hakkas spread all over the world. For your info, Deng Xiaopeng, Lee Kwan Yew, Lee Teng Hui, Taksin, and even that idiot Chen Shuibian are all Hakkas.
Most Hakkas are known to have a streak of revolutionary spirit in them, probably from their ancestry blood. History said that Hakkas were originally royal blood and were kicked out of their homeland by some warring emperors during the most tumultuous times in Chinese history. So ever since their descendants have harboured the desire to one day regaining their homeland.

The arrests of MP Theresa Kok and journalist Tan Hoon Cheng under the ISA following that of blogger Raja Petra Kamarudin raise grave concern for Malaysians.

An endearing legacy of Abdullah Ahmad Badawi’s leadership that we have come to appreciate is the openness albeit limited, that has come as a breath of fresh air after 2 decades of punitive control of the public sphere.

The arrests of the three individuals under the draconian law at a time when Malaysians have become more mature politically and less inclined to be baited by racial politics will no doubt further erode the legitimacy of and support for the ruling party, perhaps irrevocably.

Of no less import will be the repercussions to Malaysia’s reputation internationally, that time and again the ruling party resorts to an unjust and antiquated piece of legislation to silence dissent in order to sustain her cling to power.

It is clear to all that the arrests of MP Theresa Kok and journalist Tan Hoon Cheng are completely without justification. Tan was merely doing her job as a journalist and UMNO has undertaken the appropriate measures, including an apology from its deputy president. In the “Puchong Azan Issue”, MP Theresa Kok was arrested over what is clearly a false allegation. We urge the authorities to immediately release the two and bring to book those responsible for fomenting racial and religious hatred.

It cannot be completely denied that Raja Petra Kamarudin in his writings and those who contribute to his blog have expressed views that many Muslims consider as denigrating the prophet and the religion of Islam. However we believe this can be countered by sound arguments based on well accepted teachings and sources of Islam. In the extreme, the authorities may take him to the Syariah court. The use of the ISA is excessive, inhumane and runs counter to Islam’s principles of justice.

In this blessed month of Ramadhan, we urge the authorities to act justly in carrying out their responsibility of maintaining the peace and security of the country. We also urge everyone in the public sphere to exercise restraint and wisdom in discussing issues of race and religion.

Board of Directors
Muslim Professionals Forum