I DON’T GIVE A FLYING FUCK ABOUT RULES….IF…..

“If you have always believed that everyone should play by the same rules and be judged by the same standards, that would have gotten you labeled a radical 60 years ago, a liberal 30 years ago and a racist today.”  Somebody called Thomas Sowell said that.

Me, I don’t give a flying fuck about rules IF those rules – TO ME – are unfair! Key operative words “TO ME”. If you think the rules we have are fair you have every rat ass right to push your overweight and over-lapping carcass around. But if you come up TO ME and attempt to stuff this trash talk down my gullet, I will allow you to kiss my ass and get euthanasiatically martyred. “Why so rough?” you might ask. Dang, show me a smooth sandpaper! 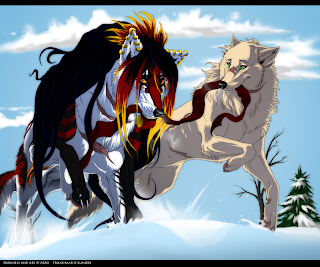 So, can rules be unfair? If your Pa made those rules and you reckon they are fair because he said so, you deserve to be your father’s son until you find out he is not your Pa just because your Ma “openly” consented. It is not important WHO ruled that you must obey that rule. What is important is “IS THE RULE APPLICABLE TO ALL”? If it is not applicable to ALL, it is unfair……TO ME…..and I act accordingly…..

In early October 2008, after the global crash I got a gentle reminder about my insurance and road tax renewal. Cars below 2000cc could get cash (RM165) subsidy thru Pos Malaysia. My 940GLE did not qualify and there was an extra loading for insurance. This rule was not applicable to all!

Some privileged did not have to pay for gas and insurance. I joined the privileged. Since then I have not paid for my road tax and insurance. There is a good downside though. I used to collect a good amount of traffic summonses. In one trip to Penang and back I accumulated 9 summonses. Since October 2008 I have not received a single traffic summon!

Since October 2008, I religiously obeyed all traffic signs and adhered to speed limits! You could say I was a highway example of courteous driving. If everyone drove like me during the festival exodus, you would not have those sure-dead safe driving drives that annually challenged this year’s death-rate against last-years suicide achievement. Of course I was pulled aside during  traffic roadblocks and some unusually alert matamata noticed the color of my road tax sticker! I have always got off with a promise that I would be doing the right thing the next day. How I got off cannot be shared here…..maybe later. No, I have never bribed a cop although in those early days when we had just two wheelers and the cops usually preyed on us we used to wear badges that said: DO A GOOD DEED, BRIBE A COP.

I have never, repeat, NEVER bribed a cop. The 3 Ps usually get me off….Poise, Personality, and that thing a former teacher of mine called PLUS…..that stuff that wins a wink! But on occasions I have openly given as much as RM20 to cops who do not waste my time. These are cops who stop you and immediately write out your summons without the usual ritual of delaying tactics until we initiate a deal. I usually tell these cops go buy something for the kids…..they deserve treats because their Pa was honest!

Dang! I just checked that my driving license expired 3 months ago. I will have to renew this. Although Rosie jets about I know she has a licence to drive.

NEXT: (and soon) HOW A GROUP BROKE RULES FOR THEIR FRIENDS….AND THEY LIVED HAPPILY EVER AFTER
Posted by zorro at 7:57 PM 54 comments: