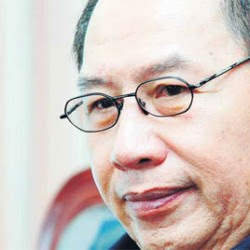 TELL US PLEASE SABAHANS SO THAT WE CAN MOVE ON!

You never know what inconsistency they are going to catch you in next.”

and that to climb out of the rut is inconsistency- 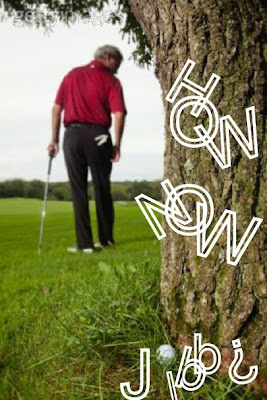 SO WHAT?
HERE IS WHAT!

all who did not get scholarship should visit the PM like what Saiful did, remember?
Remember, Najiob entertained Saiful, yah?
Posted by zorro at 2:40 PM 9 comments: 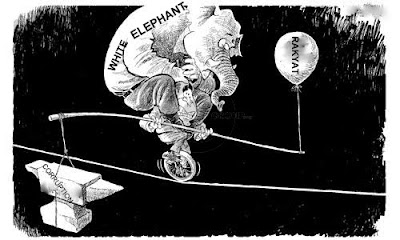 AS DONPLAYPUKS SEES IT HERE
Posted by zorro at 10:32 AM 5 comments:

THE BIG C WILL BANKRUPT US UNLESS.....

CLICK SCREEN TO WATCH ON YOUTUBE/FULL SCREEN
Posted by zorro at 11:27 AM 14 comments:

THEY plan to bankrupt US! 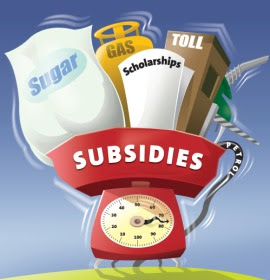 THIS IS WHAT THE STAR WILL LET YOU KNOW. 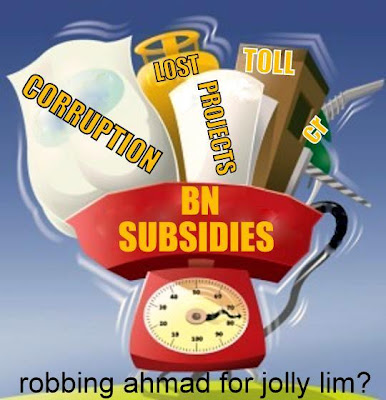 Even the usually combative erudite Tun did not pooh-pooh Wain's revelation that billions upon billions were lost during his stewardship. We are buying bath-tubs that blew a Mongolian lass into smithereens, aircraft without engines and other military apparatchiks at bloated prices. The country will of course be bankrupt....but not the beneficiaries, yah?

Remember the bartering for MALAYSIAN FROGS? Historically, frogs never cost so much as in this Bolehland.

A white elephant project that brought about the downfall of a corporate chieftan and an RTM editor. Read one of my readers input:

See how Mahatir and CM sarawak stole from the country! You still have money until now? I thought we had been bankrupted long ago!

EXPLOSIVE NEWS FROM SARAWAK
BAKUN DAM IS GOING TO BE ANOTHER WHITE ELEPHANT.

The whole 15 Billion Ringgit Bakun dam project (Supposed to produce 2400 Mw) was conceived by corrupt Mahathir to steal the 10 Billion ringgit worth of Timber from the Chief Minister of Sarawak Taib Mahmud who “owns” all the Timber in Sarawak.
The timber from the forest the size of Singapore (otherwise would be extracted by the CM) is now stolen by Mahathir as Bakun is a federal project. Mahathir asked his favorite crony Ting Pek King to extract the Timber. Ting Pek King Subcontracts the extraction to Hii Chang Pee who underreported the volume extracted thereby ‘cheating’ Ting. Mr.Hii subsequently had a high profile court case with Ting. That is another story.
Hee just opened his new "Pullman Hotel", 2 years after Ting's "Four Points Sheration", both in Kuching.

Ting is building another Sheraton in Miri, his 2nd hometown, after Bintangor his birthplace.
Now Bakun can provide enough electricity to supply Sarawak’s need 4 times over. Yet Taib Mahmud wants to build another dam Murun,amongst many.
WHY?

His brother in law Aziz Hussein runs the company building the dams. His sister's company provides the construction work. Taib’s company CMS is producing the cement! And he also controls and profit from the steel imports!

Now Sarawak electrical company Sesco is now privatized and owned by the CM Taib and his ministers who call it Sarawak Energy Bhd. Taib does not want to buy the electricity from Bakun because of his Timber 10 billion worth was stolen by Mahathir, therefore he wanted to build another 900 M v Murun dam upstream from Bakun costing 5 billion (1/3 the size of Bakun) Now Murun is 10% completed and need more funds which international banks will not lend to Taib’s company Sarawak Energy because it is privately owned by Taib and his cabinet. So Taib now wants to reverse ‘privatize’ the Sarawak Energy company after striping the assets to the government of Sarawak and then obtain loans from foreigners.

So they say Rio Tinto an Australian co is interested to use the Bakun electricity which is not true. Then they say a Chinese co maybe keen. This is a lie as the federal groups now realize Bakun is becoming a white elephant.

Now the 600 mile cable from Bakun to west Malaysia has to pass 70% of the way near few islands owned by Indonesia and only 30% of the way is Malaysia owned. So Indonesia has not given permission and is also not keen on to buy Bakun electricity as it cannot afford. There is not a single company in the world that can make a 600 mile long cable. The electricity loss would be tremendous. (80 %?) And the earth quakes would break the cable. Sabotage and damage due to ships anchors and other passing ships have to be factored in.

I would not be surprised Bakun will produce electricity in few years time but remain a white elephant – much to the credit of the reckless and corrupt PM Mahathir with many stupid ideas and corrupted CM of Sarawak Taib Mahmud who is reputed to be one of the richest men on earth.

That was brief for such an explosive subject!....and someone wants to revive the crooked bridge?

THE BN WILL BANKRUPT US FOR SURE.....

IF WE CONTINUE TO REMAIN SILENT

REGISTER AS A VOTER 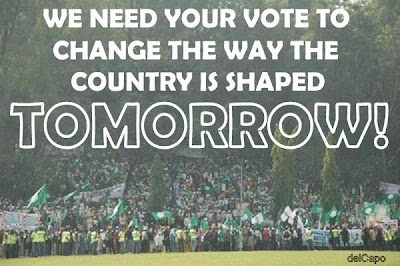