AT LEAST ZAID BARKS AND NOT PONTIFICATE UNDER THE SHADE OF A TREE.

Only the blind would not have seen the number of election offences and election fraud perpetuated by Umno in Hulu Selangor on behalf of their poodle MIC. MIC itself was nowhere in evidence besides their candidate P Kamalanathan.

………Anyone on a casual walkabout in Hulu Selangor in the run-up to polling day, especially the last three days, would have witnessed this Umno circus and the charade perpetuated by the Election Commission (EC). 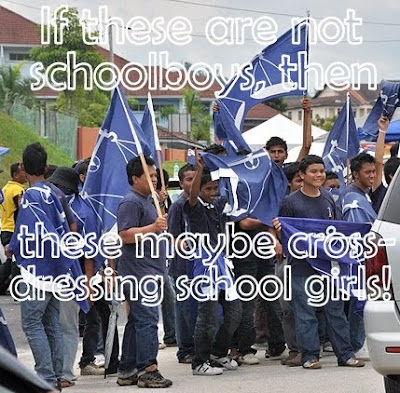 ………Suffice it to say that there's no need here to go into the gory details on the election offences and election fraud.

……………….Zaid, the opposition's standard bearer, thinks the observed manifestations of election offences and electoral fraud in Hulu Selangor are sufficient grounds to have the results over-turned.

……Does he really expect the Election Court to order fresh elections that will somehow magically crown him Hulu Selangor MP as Umno rolls over and plays dead for once? (Worth a try, no? There always is a first time.)

……..Zaid's barking up the wrong tree. Surely he should know this as a former senior practicing lawyer. And yet he's determined to blunder on like the proverbial bull in the china shop. 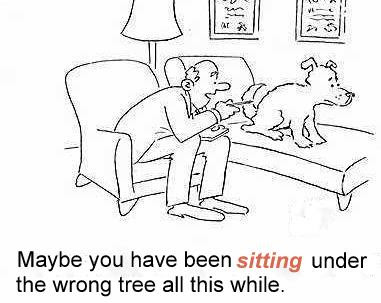 Of course Zaid, as Joe himself agrees, as a former successful senior lawyer, knows what he is in for. He knows that he has to have proofs beyond doubt and like in the proverbial china shop, he surely is aware that “you break, you pay”. As for the barking part, at least he attempts a bark and not sit under some shady tree to pontificate. And, the Zaid I know (like all of us) enjoys a good chomp but don’t butt- grope. That Joe was an unnecessary jibe….a weak attempt to bark.

THIS WILL CONTINUE UNLESS.... 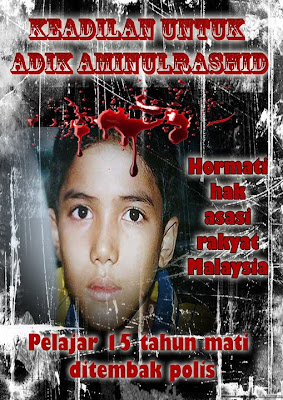 IN most countries the Police Inspector General and the STATE Police Chief would have resigned in shame. If they do not resign, their resignation would be demanded by the Home Minister. If the Home Minister cannot execute these resignations, he should similarly resign. 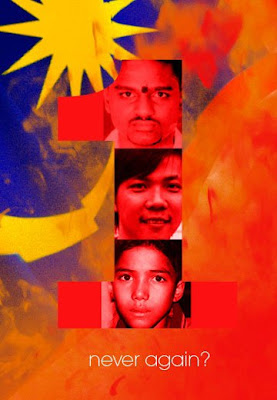 PIC BY MOB1900
The aggrieved family and the immediate Shah Alam neighbourhood are rightly outraged at the circumstances of the police killing of 14-year-old student Aminulrasyhid as if he is a big-time gangster, causing one of the neighbours to exclaim:

“This is not Manchester or Los Angeles, this is bloody Malaysia”!

THE FRENCH COURT NOT INTERESTED IN THE EMPTY BUCKET WE BOUGHT. 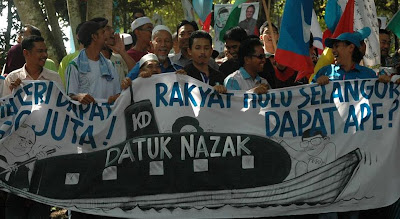 THIS CARICATURE WAS THE CENTRE-PIECE ON NOMINATION DAY.
I LIKED THE FAMILIAR LADY PEEPING UP FROM THE BUCKET.
YOU SHOULD BLOW UP THE PIC WITH A CLICK.

Aiyah, why so defensive. I was there at the 3:00pm Press Conference at OneWorld Hotel. Mr Joseph Breham was here to continue their ongoing probe on French company DCN who sold us the empty bucket. Empty, as in a submarine with no weaponry. This calls to mind what recently transpired in Parliament over the purchase of jets with no engines. Yes, no engines. No fibs lah:

PAS MP Mahfuz demanded that the government explain its recent purchase of eight Aermacchi MD339D training jets with no engines from Italian company Alenia Aermacchi, at the cost of 88.8 million Euros (RM379.1 million).

"When I double-checked with the deputy (Defence) minister (Dr Abdul Latif Ahmad), he confirmed it and told me they decided not to take the engines because the government couldn't afford it.

"Whether they took the planes with engines or not is not an issue, but why is it that the Eriterian Air Force paid just US8.8 million (RM28.09 million) each for the same plane with engine," Mahfuz said.

OK stop sniggering and let's get back to the Press Conference.....Mr Breham assured the audience that they are not probing any of our Ministers or officials. He is merely here to gather information on DCN. If they later find DCN guilty of dubious deals which might implicate their dealings with us, then the scenario would be interesting. At this stage, don't you think that MACC should take the initiative to probe the PURCHASING POWER of our officials.You can't be depending on RPK to be giving you leads all the time.

REAP WHAT YOU SOW. 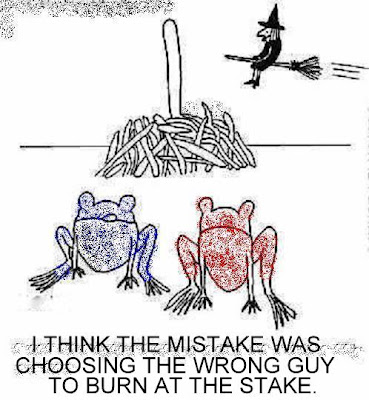 On Tuesday 20 April, after UMNO Bloggers posted a doctored picture of Zaid drinking from a bottle, I titled a post

YOU WANT A BRAWL? WE CAN OBLIGE!

Looks evident Zaid is taking the fight to UMNO when he launched "KNOW YOUR LEADERS BETTER" at his press conference yesterday. The EDGE has the full story and the comments scorching!

Initial thoughts was that Zaid was being vindictive. On second thought, yes, it is about time we know our leaders better. Our leaders should be leading by example......and GOOD EXAMPLES at that. If Zaid can say sorry, they too SHOULD. NO, please don't mock the Koran by swearing on it, don't break coconuts in temples, and no slaughtering of white cockerel please. Just be MAN enough to admit if you have trangressed and hoodwinked us. If you leaders cannot remember your transgressions, the rakyak can assist. But the opportunity is yours first. Yah? We will be polite....we will not doctor photos. You gotta reap what you sow. YES?