DID HE OR DID HE NOT?

Apologize, guys. All the way from the UK, RPK insists that BN candidate for Hulu Selangor P. Kamalanathan lied about his education. He wrote here that "A phone call was made to the university (Edith Cowan University in Australia) and they confirmed that they have no records of Kamalanathan." Taking the cue from RPK, Zorro was Just Wondering ... if Kamal could be disqualified for making a fraudulent declaration.

This morning Kamal posted his degree on his blog h e r e to prove he's a Bachelor after all.

Yes I saw some semblance of a certificate…..RPK has a clearer version.

Rocky, not so fast lah, me apologise……you know how I relish my amber juice….meantime sip on these…..

I checked with Edith Cowan U's website. The only offshore program it has with a Malaysian higher education institute is with HELP International College of Technology, and only for Bachelor of Business.
http://www.ecu.edu.au/future-students/international/locations/overseas/offshore-programs

But, who knows what kind of program it had with other Malaysian institutions in 2004.

From now on, PR should use this issue to tell the Hulu Selangor voters the BN Candidate -P Kamalanathan had make a big lie even before being elected as a MP, can they imagine how if this guy get elected?
It will be a nightware for the voters in Hulu Selangor.

OK guys, go HERE for what RPK has unearthed….when he relentless searched in ECU Graduates Verification Service – Flavor of the Day seems to be “SORRY, NO RECORDS FOUND”

Methinks, time for another skinny-dip in Magickriver to clear the cobwebs. Probably Kamal would rather get ready to do this should he not produce more verification…..a graduation photo could do for a start, yes? 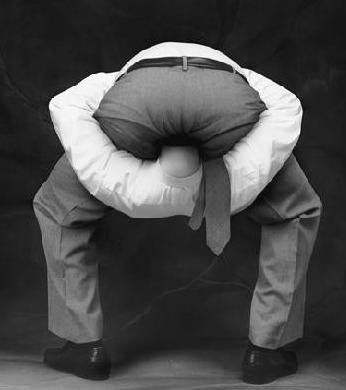 Until we have all the facts, I'll give Kamal bin Nathan the benefit of the doubt.

The problem in verifying his credentials could also be that the father's name would be in front (surname) where overseas degrees and related certs are concerned.

What would be interesting to know is his work record. Where and who did he work for before being APPOINTED MsInformation Chief at MIC by his uncle Wigs?

Was it with any well-known Ad or PR company?

dpp
we are all of 1 race, the Human Race

i am actually disgusted with the behaviour of pakatan rakyat bloggers espcially rpk.you have gone overboard on this issue.i am pakatan rakyat supporter and i don't like what is going on here.everybody knows how bn operates but shame on pr to follow suit.

His name shows up on the Edith Cowan University’s ‘Graduate Verification Service’ search. Try it yourself using the name ‘P.KAMALANATHAN/P.PANCHANATHAN’under the ‘Family Name’ space and ‘Communications’ in the ‘Award Title’ field. The conferral date was 25 November 2003

I've tried it myself and his record is indeed there. Case closed and let's move on to other more important issues such as the state of the economy, unemployment, corruption, crime rate etc.

Istead of 'rocky, 'cessy' would be more apt!

Thought I read at some Blog that he is related to an uncle named "S....velu".

Anyway, as I said earlier, let the HS citizens decide after all the campaigning has sibsided...

Just wondering whether more time and effort should be spent unearthing Kamal's worms or whether these resources should be put into more strategic areas of the campaign.

Just my 2 cents worth of views.

This Kamalanathan (man with 3+1Malaysian name???....btw my short stand-up philosopher friend insists Nathan is a biblelic and Jewish name and nothing INDIAN about that! Care to refute?....and in keeping up with APCO too!)
and now back to Kamal....he was with Selangor Badminton Assoc.after that "gate keeper" Zakaria Deros (ring a bell ?) was getting into deep shit. One Barrack Maniam was the man who brought him in to Sel Bad Assoc...but nobody knows how or when or why he went out...enough fodder ?

Stop the nit-picking
First you alleged he's got no degree.
Then when there's proof of a degree, you regard it as fake, or doctored.
So what if he has no degree?
We just want an MP who works hard and can provide us the basic amenities.
We dont need city slick with a law degree. A loyar buruk who just talk.

As posted here before by me and elsewhere, FYI, Nathan is BOTH an Indian and Jewish (pronounced Naythan) name.

dpp
we are all of 1 race, the Human Race

yes i want to see his CLASS graduation photo. every single ex-classmate accounted for in the photo.

is nathan similar to natang !?

Again we see the supporters of pakatan exposing their stupidity in their inability to check real facts.

Can't even check records in the proper manner!!!

That picture (head in the ass) really illustrate yourself, zorro, duh!

Thank you for this.
I thought I"d sit this one out. But you have decided it for me.
So now I shall make that drive to kkb
and vote for Mr Kamalanathan.

If it is too troublesome forget it, yah?

Ithink still u all need to say sorry to him...apparently i believe RPK didn't look for it properly...let me show u how

Then in the column enter "exact family name of graduate" type = P.KAMALANATHAN/P.PANCHANATHAN

leave empty the column "Enter any given names of graduate"

In the column "Enter the Award Title" type = Bachelor of communication

To have a bachelor degree in this age is no big deal.Most people now are having two degrees with professional qualification at the same time.