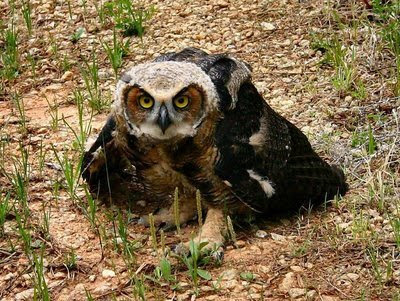 HANTU flew in to make his contributions:

Komalthy, the judge on the bench on DSAI's case has been transfered to Sabah's Industrial Court. They call it lateral transfer, but Hantu sees more into this than a transfer. He is right of course.

Sarah Palin, Governor of Alaska and McCains running mate and Vice-Presidential hopeful has been making the rounds talking to foreign leaders. Arrangements are afoot to have her chat with DPM Najid. When asked for her consent she just asked: Is he a world leader? When the lobbyist could not give an instantaneous, the no-holds-barred Palin curtly retorted. "When he is an acknowledged leader of Mongolia, I might consider." Sheesh, she needs to brush up her foreign affairs.UPDATE:10:41pm. Najib cancels trip to UN General Assembly. Work at MOF more important than New York. Rosmah not speaking to him....quips Hantu.

Botak Al Blur went back to the kampong and was met by his uncle who had a gunny sack. Ham asked his uncle, "What have you got in the sack, uncle?" Uncle Id replied: " Some ducks." Ham put on his Home Minister airs and asked his uncle, "If I can guess how many ducks you have in the sack can I have one?" Uncle Id said, "You can have both!" Putting on his stupid grin that he reserves for foreign press he said: "Judging from the movements within, you have five ducks." His parents must be awfully proud of Ham.

Judiciary Commissioner Suraya Othman had a fitful sleep last night. She mumbled something incoherent. Her bedmate refused to elucidate nor elaborate. Hope she sleeps well tonight and most nights.

Reflecting on our current situation, it is like the whole LOTR saga.

What we know of is that we have the various battles ongoing. Just one thing though...just who is our ring-bearer and who will be our gollum to sacrifice themselves in destroying this ring of power?

Well, I suppose this analogy is a little on stretching the imagination but it is so surreal in the way the battle is being fought.

We just gotta keeping marching on and keep fighting.

Judge Komathy is down...

one by one hero being shot down by umn0.

how long more before we can change?

uncle,
pardon my ignorance and stupidity. i didn't get ur duck in sack story lah.

Please tell me u r joking about Komathy Suppiah. Shouldn't suprise me though.

Zorro,
I just wish that the Najid and Botak's story are real and true cos it describe them both perfectly. Any seasoned analysts would fall for that story. However, I will not believe that Su did not have a gooood nite sleep cos she belong to a common specie of thingy (don't insult the animals cos I love my dog)that do not fit into your chamber.

Yup, Najib just made a fool of himself by the last minute cancel of is trip to NY. I reckon he knew that he would be greeted with rotten eggs and shouts of HIDUP RPK & REPEAL ISA !!!

What a joke and he thought we were fools to buy his story about focusing on the economic situation... Go suck and egg or better still screw spiders.. Arsehole !

the wife is surely veri marah lah
bcos 'no shopping in NY what !despite having endless supply of cash NOW & also no chance to see her son flirting with those beauties .....!' SIGH !!

'Komalthy, the judge on the bench on DSAI's case has been transfered to Sabah's Industrial Court. They call it lateral transfer, but Hantu sees more into this than a transfer'
Judge Komalthy should file an injunction to stop her transfer, if the govt cannot give a proper reason and keep forcing her , she can opt out, terminate her services, opt out for retirement, insist the govt give a proper explanation. It goes to show who is more powerfull. This is a blatant abuse of power, it is a case of intimidation and blackmail, against the judge, either transfer the case to the high court or face transfer to the boondooks of SABAH. Who wants to get transfered at her age and length of service and carreer.