“If... the machine of government... is of such a nature that it requires you to be the agent of injustice to another, then, I say, break the law.” 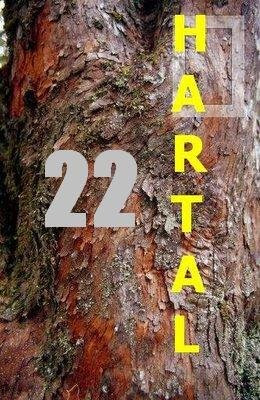 THAT OF COURSE, WAS A QUOTE FROM
HENRY DAVID THOREAU
FROM WHOM MAHATMA GANDHI
LEARNT AND PATTERNED HIS
CIVIL DISOBEDIENCE PHILOSOPHY AND CAMPAIGN.

the law is good. it's just that it applies to us only. the UMNOputras are above the law and they can inteprete it in whatever way and it must not be questioned.

i cant help but strongly agree to that remark.. hmm

Just reached Penang and am writing this in the comfort of my home. Met up with Dato Shannon and couple of guys from PR at the hotel lobby yesterday & there was a meeting whole day.

The day of reckoning is upon us and I mean, damn NEAR. Will keep you posted once I obtain further news.

By the way, it was good to meet up with you, Haris & Marina and stay safe... Am planning another trip there this weekend again.

Malaysia is a multi racial nation which gives due respect and justice to all, irrespective of their faith and class. As a Malaysian, I feel ashamed and revolted at what is happening in our country. The Chinese and Indian temples demolition demonised by those umno gomen goons who have forgotten their roots in these 2 great civilisations, seperti kacang lupa, very ungrateful and heartless bastards just like those satanic talibans. May these satanic taliban & umno goons rot in hell for crimes against humanity. Children of God.


Everybody's beautiful in their own way.

You may say, I'm a dreamer, but I'm not the only stupid one.


Wait for next GE, please. I'm now too tired from the daily political show. Need to look for money to feed my family.

SCOLDING ALLOWED AS I'M A DEMOCRAT

A rainbow for Malaysia

Daulat Tuanku! May this prayer from all Malaysians at the marketplace, warongs, corporate corridors and in neighborhoods echo into the palace walls of our revered Rulers and King.

We want a Prime Minister who can bring this nation to new heights of glory for God, King, rakyat and nation.

We want a leader who is well regarded at home and abroad. A man who commands the respect of noted Who's Who in the global village of influence and power, someone that many regard as a visionary leader of the times.

We want a Prime Minister who has been roasted and tested in the cinders of political challenges for a long time. Someone who has survived the test of treachery, injustice, political character assassination and the works but remains steadfast to the teachings of Islam.

We want a leader who can restore the glorious path and stature of Islam for the world to praise. We want that man who can raise Islam to its glory without harming other religions and creeds.

We want a man to helm the nation with pride, integrity and with no personal and vested interests that undermine Rulers and rakyat.

We want the man to have a track record of having an exemplary family behind him. A wife who plays no golf, but raises fine examples of children for the future generation to emulate.

We want a man whose wife can stand tall among our women folks and be a shining example of a mother, wife and sister. A woman who dabbles not in extravagant overseas shopping sprees nor vain face lifts or body re-works.

We want a man who is visionary, resolute and firm yet gentle in his demeanor. A man who has successfully galvanized opposing political parties in the best interest of nation building and in an unprecedented manner.

We want a man who can be a proud father of children who have made a mark in the nation's political history out of sheer determination and integrity. We want that man whose children have felled political Goliaths with simplicity, niat and consistency.

We want a man who has what it will take to restore our Rulers and Monarchy to the glory and reverence of yesteryear's that were robbed from them in the past.

We want a Prime Minister who will not fear nor backtrack in the war against corruption and social decadence. A man who will have the resolute will to leave no stone unturned in order to bring back all the stolen wealth back into the country for the well being of King and citizens.

We want a Prime Minister who articulates well and intelligently, giving a respected image to King and nation. We want that man who promises to deliver and delivers on his promises.

We want that rainbow for Malaysia.

If it is Datuk Seri Anwar Ibrahim, then so be it for the love of God, King, Rakyat and Nation.

For 15 years, I have this belief. They is no Law in Malaysia.

Law appear to intimidate the weak.

To me to respect Malaysian Law is as good as submitting to Gangsters and Mat Rempits.

Hehe. Since than I have my own Law and if i ever have a brush with the Law, I will tell the Man in Blue to go fly kite and eat my shit.

And this is the truth!!!

Wah still blogging. Seemed you are on the ISA potential list ... :)

Typical of Zorro. Shallow on fact, loads of language, and senile on rationale.

Like Anwar, he is a populist filled with lies and empty rhetorics!

Will await him spew an angry response with verbiosity and flair. It doesn't bother but amuse me to hear this senile old fart with vacant upstairs.

Nevertheless, it is good lesson for students of English from this cikgu pencen.

ah, but Ghandhi also Mastered The Gita - which is basically tells mankind to master the inner world and meditate/think of the Supreme and not to engross themselves with the material plane.

"for one who has conquered the mind - joy,sorrow,pain and pleasure are the same. He attains peace and realises the SUPREME"

you aint no mahatma but just a wannabe and still free huh !

Brunt Council: I allow whatever you can throw at me, but I will not be happy if your facts are incorrect. I quit teaching after 19 years when I gave 24 hours notice, forfeited one month's salary and thus lost all gratuity and pension. It was ok because my new employer compensated admirably. However, carry on throwing bricks at me....I always enjoy a good fight from charlatans and sycophants. You are no ignoramus,Yes?

brunt council looks to me either your parents were oafs for not teaching you manners or you were born a moron, unteachable. You may not need to respect MR. BERNARD AL ZORRO, but you do not have the right to INSULT HIM, It basically reflects on your own uncouth, sycophant, biadap and kurang ajar mentality, wonder whether your agama taught you this or is it the propogandists' of the BTN. Dont come here and insult our intelligence for you desperate attempts be a distraction on behalf of the BN scum. Why, you worried, you rice bowl will be affected if anwar takes over, no more butt kissing to get projeeecccts, go get a life paskalainen son aiti on vanha vitu.

Who cares when you retire?

I'm waiting for the gang bang aganist me. Spew out your hatred! I am that typical Malay all you cina dan india hate.

You're going down, you closet racist chauvanist.

Rest assured the journey to Kemunting is paved with a NSE tolled highway. Take the exit to Taiping.

Got family living at a nearby kampung. Opps .. you hate kampung Malay right.

All you sodomist admirer will be put to shame. Ha ha ha ... his is a matter of days.

All of you will be surprised. When it is all out, all you bum admirer will regret. Mana mahu taruk muka?

Uncle Jolo can be good buddy with that bum basher inside Kemunting.