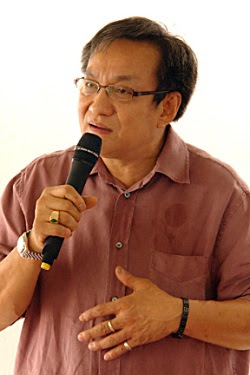 For a while I thought that the Star was helping the battered MCA do some damage control and spin more on the in-fighting and the land-grab that has become very synonymous with the MCA. But today they turned on my buddy Yang Berkhidmat Wee Choo Keong. 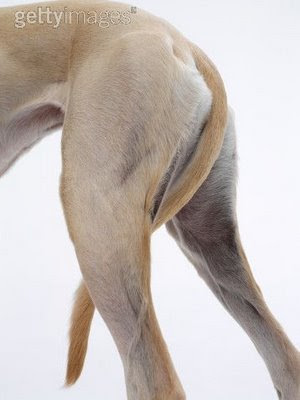 I tell you this. I am a dog-lover, but I hate that breed called Running Dogs. These are programmed mongrels that if beaten goes around whimpering with the tails tugged between their scrotum bags.

Here is what WCW allowed his paper to print:

A GROUP of residents in Wangsa Maju are yearning to see their newly-elected MP more often to enable them to air their grouses directly to him.

”We hope to see him go to the ground more often so that he can listen to our problems directly and not just rely on getting feedback on his blog,” said Wangsa Maju Section 2 Joint Management Corporation chairman Lim Cheng Hock.

“The MP should help solve pro-blems that are affecting the constituents,” he said at the launch of a campaign to fight against the rat menace.

Lim claimed the area's MP, Wee Choo Keong, had promised during election campaigning that he would ask City Hall to repaint the flats in the area.

“We are giving him a year to fulfil his promise,” he said.

I call this shit-stirring. The loser clutching at the proverbial straw and appointing Running Dog Lim Cheng Hock to test the waters. 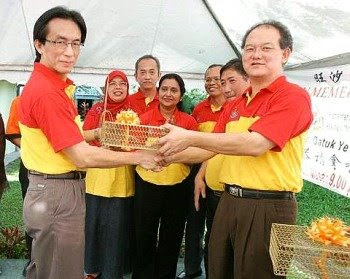 But since they can't catch up with Wee, they have decided to catch rats instead....dogs catching rats? Gee, the world of running dogs sure has changed!

And there is money involved again....MCA's fix-it strategy.....and you have to have the same uniform just to catch rats.Go here to see how DBKL breed rats. Here is the official word on this rat-catching extravaganza:

He pointed out that a similar campaign was carried out at Kampung Baru over the last two months and some 2,500 rats were caught.

Bestari Community's adviser Datuk Yew Teong Look, who launched the campaign on Saturday, distributed a total of 500 mouse traps to the residents.

Residents who have registered to join the campaign will be awarded RM2 for every rat caught during the campaign period, from April 26 to May 24.

Half of the RM2 reward will come from Yew.

My take is that for all the time Yew Teong Look has been LOOKING after Wangsa Maju, the rat population exploded prodigiously. So it is cleaning up time now and of course the other running dog outfit aka DBKL has come in to lend a paw. Don't you think money spent on rat-traps could be used for painting flats? Or Mr. Yew could use the money to do a YewTube on "Birth-Control for Rats"

Its time citizen standup for what is right and expose d double-headed face of BN.

WCW, The Star and MCA stooge, Wangsa Maju Section 2 Joint Management Corporation chairman Lim Cheng Hock, as I believe he must be one, are barking up the wrong tree.

But just because WCW is so stupid, and cannot seem to learn how his publishing tricks cost MCA and BNthe elections, we now see him using the same failed methods for demonising Wee. That is all there is to it.

So what mischief are these people up to?

Whispering dog shit on the streets
Why they don’t go after DBKL?
They pay assessments don’t they?
Why don’t they use the sinking fund?

The subtle ways the BN leaders do
Never can take losing still fighting to get back at you
In every mean they can possibly think
Catching rats
Who is to blame?
The people never keep the neighborhood clean
And the city hall officers walk half measured strikes
So they put the blame on Wee….

Hello? Look into the mirror
FT under BN rules
Go tell the minister!
Isn’t he better?

Did you see that they wrapped the rat cage with some ribbons? Was that necessary?

Whose money were they spend on this so called rat catching "ceremony"?

Just wonder how much BN paid Lim Cheng Hock to sell his soul?

WCW should start thinking about a finding a better means of making a living. There's no dignity at all in running a paper this way. Is he living in this country or not.
I agree with Old Fart- that The Star elections campaign was a backfire. I felt The Star election campaign jolted the would-be voters sitting on the fence and helped them made up their minds at the end of the two weeks.

Nevertheless it is Wee's responsibility to make himself more visible and available to his electorates..like walkarounds to night markets etc etc. Otherwise how can he get the feel of the issues affecting his constituents? Blogging is definitely not sufficient. The man and woman on the street don't read blogs; they don't even have a computer.

Many issues are rightly the responsibility of City Hall but having no SAs and elected local councillors and the like, it is therefore incumbent upon the MP to take up residents' issues. Just like what Teresa Kok did and is doing for Seputeh. And what Lee Lam Thye did previously. Nothing wrong with that.

It is really up to the individual MP, IF he really cares. So Wee's just gonna have to double and triple up and earn his pay.

No harm if Wee wishes to organise his own "Rat Catching Campaign". It is for the community's good. He does care for his constituency doesn't he? Complaining won't get rid of rats.

He would do well if he cultivates a better working relationship with City Hall to get things done. Or organise his supporters to help themselves. Stop saying "This is not an MPs job". An MPs job description is, alas, quite wide, very, very wide. Including kissing babies and running errants if the situation requires it, just like the Triang fellow. HE gets things done too. Nurul Izzah also takes interest in her constituents welfare too.

So Wee, where are you? Show yourself. Everything's your job and responsibility.

Have these ppl talk to MR Wee's directly instead of going to the paper? I mean, he's your MP, used him. If he did not perform, then, go to your master.

And there's nothing wrong with blogging, I mean, thestar's front page news came from a blog for God's sake.

The bloody Star was trying to help that MCA Yew Teong LOOK, who only LOOK all the time and did nothing for the Wangsa Maju residents. After he lost to YB Wee he suddenly woke up like Badawi. Both of them trying to do thing after they have lsot.

The Star is MCA controlled and it is trying to destabilise the opposition in Wilayah. Wong Chun Wai's Star knew that YB Wee is causing a lot of problems for the MCA/BN in WP. YB Wee's blog is also causing problems for the BN and DBKL.

I think that we should used the Star as our toilet paper. These faceless reporters are just unprinicpled and they will sellv their souls for monies.

I fully agree wiht you Zorro about the running dogs. TRhe MCA and its Star are all ":running dog".

hey buddy! just let you know aunty is not back until end june due to big boss' schedule. you all just gotta do what you gotta do for the fundraiser. let me know what's happenin' unless u're too happy from bum-ming with the other bums today!

OMG, to catch rats u have to have special uniforms and photos taken???!!! The absurd behaviour of these morons never ends. When Yew was the MP, he also was never "on the ground" with the rakyat, so now he should just stay and home and doze off, until kingdom come.

Rats, rats, rats. Even Paris is not spared and they are taking action on it. Learn from them Mr Wee and DO something about it. Don't be ashamed or just want to score some political points. Take action. It louder than words. Elections are over. It time to walk the talk.

The French capital has launched its annual effort to reduce the number of rodents roaming the streets.

The city, with its canals, river and restaurants is something of a rodent paradise, experts say.

There are four times as many rats as humans in Paris - perhaps eight million in total, according to the council.

A city-wide information campaign, followed by inspections, aims to reduce the numbers of rats on the streets ahead of the lucrative tourist season.

"The campaign period - May and June - is chosen because reproduction is at its peak during this time," said Jean-Roch Gaillet, the head of veterinary services for the Parisian police.

"And also because it is before summer, when we have the highest number of tourists."

While the city's chief authority on rats does not agree with the local media, which proclaim a rat crisis in Paris, he does admit to getting complaints about the pests on an almost daily basis.

"
People walk past the boulangerie at the end of the day and they see rats or mice running around inside the shop, near the food, and they are disgusted
Jean-Roch Gaillet

"Paris is good for rats because of the River Seine but there is also a lot of stagnant water which is a very nice place for rats," Mr Gaillet told the BBC News website.

He explained that, following a mild winter, rats had started to reproduce earlier this year.

"People walk past the boulangerie at the end of the day and they see rats or mice running around inside the shop, near the food, and they are disgusted," he said.

The Paris council has no fewer than ten dedicated members of staff who deal with rats, mice and pigeons.

The city's annual purge begins with a public information campaign.

"Our primary task is to inform - some inhabitants don't know that they are actually obliged to fight rats," he explained.

Those who refuse to carry out the recommendations - on cleaning up the area, correctly disposing of rubbish or closing up access holes, for example - face a fine of 150 euros ($234; £118) per offence.

Haha. I heard from an MCA source that Mr Yew actually said (before the election) that he could win whilst sleeping/ lying down. Now that he lost he finally realised that wangsa maju was full of rats? Was he sleeping with rats for the past few years then?

Alah, I long knew that Ah Chun was merely a anjing jalanan. His blog also stinks of insincerity.

The rats (me being Wangsa Maju resident also) sudah lama bermaharajalela in wangsa maju due to DBKL and helath inspection failures. The eateries are so filthy and the longkangs have rarely been cleared.

The biggest rats migrate from setiawangsa/KERAMAT PERMAI nearby where the DBKL also FAILED. Why am I not surprised? Because Setiawangsa is under DBKL's biggest boss ZULHASNAN.

I wonder what DBKL including Zulhasnan learnt from their recent trip to Europe. How to breed bigger rats?

MP WEE! YOU ARE THE HANDSOMEST MP AROUND AND YOU DO YOUR JOB WELL.