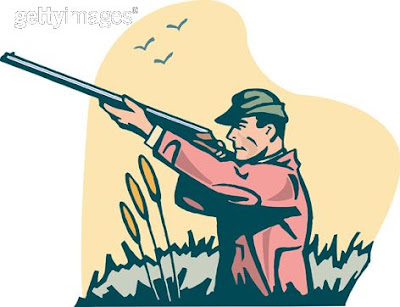 If there is one thing predictable about HANTU, it us this. He keeps the Sabbath holy. He never works on a Sunday. He doesn't gossip on Sunday. He doesn't surf on a Sunday. He is literally in a stupor on Sunday as a result of a malt-inebriated Saturday night. As such I do not get any visit from him on a Sunday. He is literally and spiritually immobile on a Sunday. I was surprised he swooped down on me when I was celebrating Musa Scully's birthday at Farida, my breast-mates home at 7:15pm. He was abusive,.He was asking where the %$#@ I was. I told him that I was at Central Market for the launch of BENAR. He accused me of lying because he went there and did not find me there. I told him I was then down at the enigmatic Hishammuddin Rais' joint downstairs savoring beers with Haris, Fisherman Gus Gan, Benny YewTube Tony, Nat and Politikus and probable new blogger Kendrick. He burped a foul wasabe breath and again said that Yang Berkhidmat Eli Wong directed him to Hishamuddin Rais bistro but I was not there. "Where the @#$% really were you" he sneered. I cautioned him about using the F word on a Sunday and told him that we then adjourned to the PJ Club. I was on my best Sunday behavior and said to him, "I dont interfer with your life on a Sunday and I would appreciate it if you do the same. I don't think Musa likes you at all barging in on his birthday do. What's your beef anyway?" 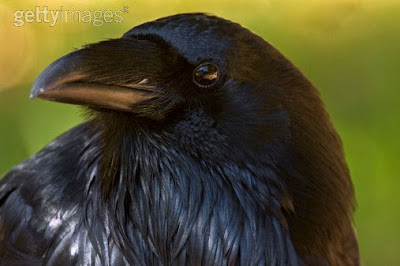 Bird expletives followed but deleted. Musa sprinkled a splash of 30year old Famous Grouse to cool him down which he did finally and after he swallowed a huge chunk of Farida's ;must -die-for' meat loaf. said: "I don't like it when bas@#$%* take pot-shots at my kind....especially on a Sunday....and in the vicinity of a church."

This was serious shit I realised. This SOB (son of a bird) was in a foul mood and the sooner he gets answers or tells his story, he was going to mess up Musa's party. In between making goo-goo eyes at the ladies, Mrs Zorro, Sheryl, Pearly, Fadzi, Zai, and Roziah he said that a few guys let off 20 gun-shots near the Esso kiosk and the parameter of the St.Francis Xavier Church during the evening Mass. "WTF were those guys shooting at on a Sunday. There are no brother crows around? Twenty rounds! Get me some answers: Was it intimidation because the priest was using the word Allah in his sermon this evening." With that he gave a knowing wink at the ladies, gave me his middle-claw offensive gesture and flew off.
People, help me with some answers will you. I don't want to run foul of Hantu when he is is such a foul mood. Please people, those of you who were in Church.....give us some feedback....and where did these crows come from or who drove them towards the Church?

It was a change of tactics by them shooters. Them crows thought the seventh day Sunday is a day of rest, so they felt "free" on this day to roam.

But hey, they forgot we are an "Islamic state" and the Sabbath is actually Friday. So gotcha!!!. Bang!! Bang!! Bang!! They are all dead.

But who were the shooters? Maybe the new Assemblyman and MP might wish to find out. But will the PJ City Hall tell him? Do the shooters get overtime pay on a Sunday? Letting off shots at a petrol station? That's kinda dangerous isn't it?

Would Khalid want to know what the heck was going on with the 20 guns salute at that place and time?

Dear Berneard,
I am a church goer and usually go the CDM church for Sunday evening mass. However, this week, as there was no evening mass at the CDM, my family and I drove to the SFX church to attend the 5.30 pm mass there. As we were slightly late, we had to park near the Esso ststion and we saw a couple of chaps with guns at the corner of the road. I then realised that they were shooting crows. We had to take the back seats at the church as there was no place any where else.
Then we heard the shots going off. Not only was it a disturbance to the soleminity of the mass, it was down right frightening for the ladies as some of them hung on to their husbands. And then to top it all the pellets began falling on top of the plastic covering at the back of the church. My wife was quite terrified to say the least.
I dont know what harm it could have done if it had landed on someone's head but it was clearly a very disturbing experience.
Someone should tell the MBPJ that if one wants to shoot crows well and good - but do it at a safer place. At the vicinity of the church is certainly not the place!
I am quite surprised that Father OC Lim did not get down from the pulpit and give these bums a piece of his famous tongue lashing.
Perhaps I should have on hindsight.

On churches roofs
They stay taking a peep
What life will be?
They aren’t welcome
The shooters send bullets to them

I didn't know that was crow country? Never heard or seen many crows there!

That area is well populated with a major road; + near at least 2 churches and 1 big temple or 2..

If I was a nervous driver (& we know Sundays always brings out families with a car load of grannies & kids) and hears the shots I may hv a crash!

WTF are they thinking?

maybe "all" were "ah" too much for some ppl?

Thank you for the friendly Sunday's chat-up with 'the gang' it was indeed a pleasure meeting ya'll. Meeting the people behind the blog.com :)

Keep up the good work, and hope to be penetrating the bloggers-sphere in the near future.