HAS THE HUNTING SEASON BEGUN? 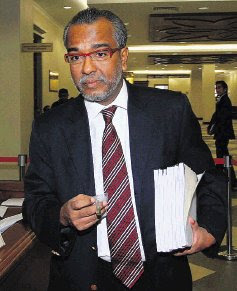 DURING a hunt, this is what you would normally see. The gun-carrier. This "expert" holds the gun for the boss after he expertly loads the gun. However, some bosses are not big enough, so they do not have gun-boys. They load and hold the gun themselves. Then you have the hunting dogs, yes, hunting dogs as opposed to running dogs. These are trained canines. They sniff out the prey, they bark or wag their tails in distinct tell-tale fashion. But depending on your religious inclinations, hunting dogs are replaced by drum-beaters. These are usually not used in this country because, as they don't seem able to acquire basic skills like tactical encircling used by more discerning drum-beaters. As such, they scare away the prey. This breed is slowly becoming extinct. From latest statistics, we gathered that hunting dogs are the preferred choice of hunters, because besides sniffing out the prey, they also COLLECT, the bounty....ahemmmm..... and get rewarded like with a bone....not un-C4-ed fragments, I'll have you know.

They got Raja Petra for sedition and the NST online reported that a lawyer Datuk Shafee Abdullah has asked for the same Sedition Act to be thrown Karpal Singh's way. (NOTE: I AM NOT FAMILIAR WITH THIS LAWYER {sorry, I am very discerning about my choice of lawyer friends}. I CANNOT CONFIRM IF THE ABOVE PIC IS THE AFORE-MENTIONED LAWYER BECAUSE THE NST MADE A BO-BO YESTERDAY WHEN THEY PUT UP A PICTURE OF THE REVERED [but very silent panel-member of the RCI] DATUK KHOO KAY KIM INSTEAD OF ANALYST KHOO KAY PENG.....be laert NST, don't play play with us the KHOO KLAN....together the Khoo Kongsi can buy over the NST, if it is deemed a profitable investment!) This lawyer-turned-hunter claims that Karpal wronged the Perak Royals and he wants justice for the blue-bloods. Is it so difficult to get cases even now with our high crime-rates? This hunter should go after the mata-mata for not apprehending the crime-lords, after which there will be a deluge of cases, you bet.....and therefore cases to defend. YES?

But being a Perakian, I know that my sovereign WILL NOT OVER-ACT to any barking, whining or whimpering of any Ah Ting, Samsu or Shafie, seeking some cheap visibility and bumpy mileage.
DAULAT TUANKU!
LET THE HUNTING SEASON END!
Posted by zorro at 12:44 PM

U are rite bro. This hunting dog got no style. Publicity hungry only. Will hunt for high profile cases even though the client already represented. Will promise the world. Its sad that he is a suhakam commissioner. No wonder they don't have the respect of the masses.

Bro,i tend to agreed that the hunting season has begun..and the targets depend on who they want to hunt down...but why chose now??Countless reports being made against UMNO Trengganu for being unloyal to DYMM re MB fisco,same for Perlis UMNO toward Raja Perlis and many many other racial issues created by UMNO flers...Sad to say that AG/Police still looking for clues to charge anyones one these,but they act extremely FAST and FURIOUS against RPK and soon may be Karpal.
Running dogs or Hunting dogs are everywhere now,so,bro,pls take care..

Then there is the Watchdog
'From Wikipedia: A watchdog is a dog who provides protection by watching for or guarding against intruders.'
I am waiting for the watchdog to be released soon from Sg Buloh !
The same watchdog that was at the SS2 ceremah about two months ago !!! :)

In hunting dogs, there are good or bad ones but in this one, it's a 'rabid' hunting dog. I don't need this type be my hunting dogs. would you?

It should be 'Daulat Tuanku'

They have a good nose for blood, and will charge at anything that resembles blood or smell like blood!

What can I say... The face says it all. "Let the Hunt begin" seems to be the order of the day.

Just in case you haven't see the news.. another trainee death

People, thanks for alerting me to the typo error....unintentional slip of the finger. Duly corrected. TQ again.

The comment deleted was at the request of the author. As administrator I acceded to his wishes.

Is this the same shafee that did a slippery exit for The Groper.

Spot on toyuolbuster....what did they say about birds of a feather.....and he is in Suharkam.....bloody hell..this is Malaysia pre-8 March.

This lawyer sits in the Human Rights Committee of the Malaysian Bar Council. Don't play play with him!

Dear Zorro,
Karpal did the right thing to bring up the matter that an affidavit can't stop the investigation of the groper case.
Remember the biggest crime lord of KL(a datuk)a couple of years ago? Taken in by IGP Bakri ? Who cahorts with the new IGP for his release ?

Ouch! Zorrow!
Ayoohh!
Kadewali!
Spot On Bro!
But my greatest friend is THE DOG!
c my blog:jeyapalantsmahesan.blogspot.com under Beno comes home!
& my canine friends will be very upset but they understand!

Are they still not finished with all these rubbish? When will they ever stop? Something need to be done to stop this Govt from throwing citizens who wish to express their thoughts into jail with no charges.

Oh, by the way, saw you at the Dataran Merdeka awhile ago. Hope Haris is ok.

I notice that in your sidebar you have put up a statement that "Zorro is willing to lay down his life for this cause" which I presume to be for the cause of "Saya Anak Bangsa Malaysia".

I salute you for your statement.

Now, in the movie, A Man For All Season, Thomas More, the chancellor of King Henry assured his wife that he would not do anything "stupid" (I don't remember the exact words) as to put his life at stake as the King frivolous request just start as a whsiper. But circumstances continue to change to a point that in the end he had to take the steps of martyrdom for a just cause.

It makes a deep impression on me because it is an act of humility by Thomas More to acknowledge his humanity in wanting to live and never to make unwanted statement about death. For one thing, to give up one life is not something to play a fool with no matter how brave we are. Only when your Lord calls you then only then it is worth it, and if you are ready to give it up.

I do not wish this comment to be put out into public domain. Let it remains as a sharing of my thought with you.