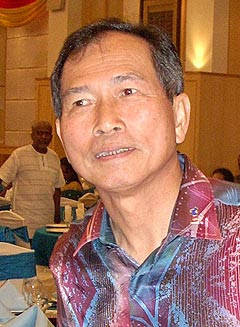 Malaysiakini says that he is the Deputy Minister to Rais. I have never heard about him. He probably is an after-thought from the fixed-deposit East Malaysia, post March08. But yesterday he was given a chance to appear in public for some singing contest at Celcom, which of course was too small for big Rais.

"The MCMC is acting within the parameters of the law," said Joseph. "The issue is hot. I don't think anyone should contribute to make it hotter

"The MCMC is the custodian. The public won't like it if they (MCMC) did not take any action," said Joseph.Speaking prior to Celcom's Deepa Raaga songwriting contest finals in Petaling Jaya last night, Joseph also said MCMC's action in no way stiffled press freedom.

IF THIS IS NOT STIFFLING PRESS FREEDOM
WHAT IS THIS ALL ABOUT? 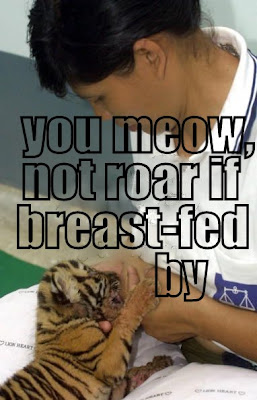 YOUR MEW-ing (and not even a MEOW) is pathetic.

THAT OF COURSE COMES FROM BEING UNABLE TO BE WEANED FROM THE BN BREAST!

GO AHEAD, SUCK AWAY YOUR TIGER-HOOD....AND DON'T FORGET
YOU COCK-GEAR WHEN THE WEATHER CHANGES. 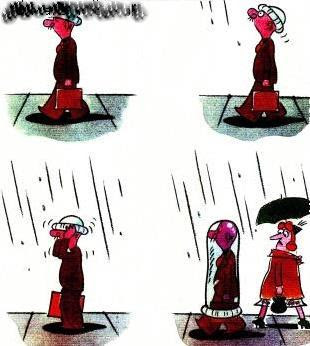 I can't understand how these people can come out to defend the action of MCMC towards M'kini. This Joe Salang from Sarawak is supposed to have a degree in something or other, which means he went to univesity, which means he has been well-educated. Education is supposed to make one think and reason. As far as I'm concerned Joe is not thinking nor reasoning very well. What can one say? The lack of quality in Sarawak leadership.

chill out guys, and drink chilled st miguel. it belongs to us now...

MANILA (Dow Jones)--Mirzan Mahathir, the eldest son of former Malaysian Prime Minister Mahathir Mohamad, has been elected to the board of San Miguel Corp.( SMCB.PH ), the Philippines' largest food and beverage conglomerate. The conglomerate, which is now diversifying into other industries, told the stock exchange Thursday that Mahathir was elected along with local businessmen Roberto Ongpin and Alexander Poblador to represent Q-Tech Alliance Holdings Inc. on San Miguel's board.

SMB handles the local brewery operations of the Philippine conglomerate.

He just came out from the jungle and start to bark at the wrong tree.

From which a--hole did this worm crawl out from?

The Ministers and their Deputies are getting stupider by the day.

Joseph Salang is one of those Dayak leaders whom one hear comes election time. After that, they are never heard of again. MCMC should stop using the same old excuse that the rakyat are against the airing of news regarding the cow incident. As a rakyat, I want to know the truth and I want those culprits and racists be punished for it.

ai yaya ya
in malaysia they do it for silly

Folks from Sarawak are easily awed by a display of wealth and power. Back in the longhouse environment they are easygoing, friendly and laidback. But once exposed to the BN style of arrogance and abuse of power, they quickly succumb. Very sad. I've seen it happen to lots of otherwise nice people from the Land of the Almost Extinct Hornbill.

DON'T SAY/DO & TRY TO COVER UP

Joe Salang now Deputy Minister Info at Federal Government forgotten to be Dayak of what he is. Should have voice out for the Penans instead on MCMC issue over Malaysiakini Cow stuff.

Pity those Penan woman/girl rape victims; where to get witnessses to back their claims.

No one in right mind want to get people see them raping woman/girls in bushes; well except if he is from MCA lah.... aiyohhh, CSL can do wonders huh!

Masing / Salang must do something lah to help their friends in homeland, no caressing bigger dicks!!!

Removing the 2 videos is like telling us that it never happened.
Removing news is the same as deleting history.
Before the arrival of religions none of our ancestors had any religions.
I guess khir toyol must be mighty upset if we show to him that his ancestors were all hindus and were all pork eaters (unless they are vegans)once upon a time.

Deleting those videos equals to removing evidences.
I wonder if they(umno) removes evidences leading to the late Teoh Beng Hock's case.
Not forgetting other cases like Altantuya and A.Kugan as well.

This Dayak - the Deputy Minister of Information, Communication and Culture, he is more interested to protect his masters the bunch of UMNO thugs in the 'severed cow-head protest' than Dayak interests?

Where was he all this while? How come he is not aware the Penans are suffering hunger from shortage of food, their womenfolks raped and this UMNO-led Government denied it all along?

What a disgrace! Even animals know they have to protect their kind/family from harm and hunger but this asshat thinks he has better things to do and his loyalty to UMNO comes first.

Sarawakians/Penans, don't cry and don't complain, you gave that asshat your votes and you deserve
what you get!

The actions of the protesters are not perceived to be offensive, Mr. Joseph Salang? But the publication is ? And you are the Deputy Minister of Information, Communication and Culture. How did you manage to get the position?

now the umno/bn light up themself the truth to the RAKYAT they they always hide up the truth from the RAKYAT. And they are very unhappy when MALAYSIAKINI shows a true story which not favour to them. I'm asking you joe salang who is RAKYAT in your dictionary? umno members only. I am also the rakyat, i didnt expect any action from u people againt MALAYSIAKINI. MALAYSIAKINI just do their job on bringing happening news to us as we pay them for that. i dont think any PEOPLE of the world want to spend their money and time to buy, read or watch a false news or untrue. cheating RAKYAT by not showing the truth happens around is most unwanted crime by the RAKYAT. Now the RAKYAT starts to think how many other news that had been hide from reaching them. MR. JOE SANGLANG PLEASE DONT BECAUSE OF YOU, PEOPLE HERE THINK THAT ALL THE SARAWAK LEADERS ARE NOT SMART AND STUPID.

C'monlah,you all act so childish like you didnt know that all Sabah/Sarawak MPs are pinkish softies unlike their warrior forefathers.Give those babies a break pls,dont be harsh on them.

While these big boys enjoying themselves at the pleasure of umno, their real folks poor and hungry suffer in the interiors and these leaders (one even pocketed a billion bucks)didn't care to give a dime to let those hungry children have 1 hot meal.SHAME ON YOU BN MPs

Why worry about MCMC if you are not guilty??You oppositions are a bunch of useless maggots that only knows to spread lies and make-up baseless stories.Malaysia will be doomed with the opposition ruling.Just look at the backward Kelantan which is like a 3rd world country and Penang,Kedah and Selangor is on the way to a 3rd world country.

Bernard,
Malaysiakini is 100% right in informing the public of the truth. I know this Gandum guy. He goes around KL looking for dog meat of which he is addicted as an ulu Iban. He is so ill-informed that he is an embarrassment to his Ministry. BN gave him a job coz he made their survival and this orang asli brags about it.

What..izzit a CRIME to report & show the truth.
Oooh..it is to UMNO & they no likey. They certainly do not want public to know its they & thier chief branch that started all this cow issue.

Cant expect rakyat to rely on rumours tabloid such as Utusan M'sia.

This "SaiTang" (go find out what it means in chinese) makes statement without giving figures and facts how he come to the conclusion that the public won't not like it if the MCMC did not take any action.

So this statement will be thrown in our "SaiTang".