MY FRIDAY GUEST BLOGGER ON SUNDAY: FROM ADELAIDE, HUSSEIN HAMID 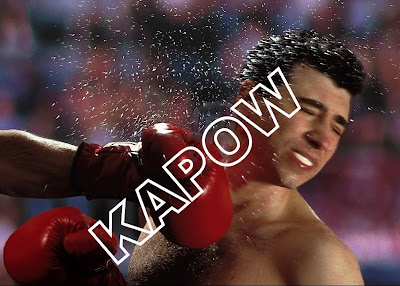 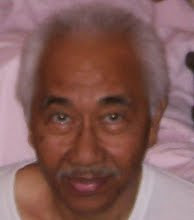 I am now a follower of Hussein Abdul Hamid, aka HH, Haris. This stalwart does not believe in pulling any punches and when he punches he knows they will register. His in-your-face jabs can raise hackles for some timid souls.

Over breakfast, Datuk Kamarul MP and PKR chief in Negeri Sembilan, revealed that he was proud to have HH as his mate in MCKK.

He is on my blogroll as Sturdy but Steady Hussein. Healthy to include as your daily diet http://steadyaku-steadyaku-husseinhamid.blogspot.com/
Here are some pedas starters...have available some drink beside you!


I remember that my Father had to detain one of Tuanku’s uncle during a racial disturbance in Pahang and the suspect was using his Royal status as a shield to prevent the Police from arresting him. Tuanku told my Father to just go ahead and do his job. HERE


Then they will ask of me why do I as a Malay now desert UMNO at the time of its greatest needs? My answer will be this – “Because UMNO did for itself more then what it did for the Malays!” Here lies the greatest tragedy of this once great party – the inability of its current leaders to see the writing on the wall that shouts to them that UMNO need to change to be relevant to the times it is now in. They have not learned from the willingness in 1951, of Dato Onn Jaafar to leave the Party that he helped found because UMNO was not prepared to open its membership to non-Malays. HERE


I no longer trust our Prime Minister to do what is best for our country. I no longer have faith in his ability to take care of our interests, our hopes and our aspirations. As with all incoming PM there is the grand gestures of turun padang in the first few days in office – going walkabouts in Brickfields, China Town – the obligatory intent of “looking” at the ISA, the intent to clean up Puspakom…but slowly the rot starts creeping in. The appointment of Mukriz into the cabinet is for services rendered by his father, the ground sweel of support in Johore for a revival of the crooked bridge is again also another payback for services rendered by the old man. Already money has been spend on newpaper advert to welcome Rosmah for visit to God knows where…all these grand gestures that precedes the reign of a new empresses. HERE

Now what if we have a politician who is a child molester? Only in UMNO…only in UMNO! It is my opinion that one of the most vile, despicable and sordid deed ever done by UMNO and Mahathir was to protect Rahim Thambi Chik - a child molester - and imprisoning Lim Guan Eng for speaking out against it. Let us look at the facts HERE & HERE.

Najib knows that he can make the people forget about virtually anything negative about UMNO – given time. This is one of our weaknesses. Our people forget with time. If UMNO spins enough stories and time their campaigns to peak during election time – Pakatan Rakyat will lose. We need our people to be more proactive. Show your displeasure. Your discontent. Your disgust. Your contempt to what they do to us. They do enough to deserve our disgust and contempt – but because the majority of us keep silent they will continue to do so. We must have the critical mass to flow from now towards the next election and the flow must be with Pakatan Rakyat.

This Bagan Pinang by-election – how many of you would be prepared to do something about it. Do not ask what you can do. Think of something and just go and do it to make that difference to Pakatan Rakyat winning. God knows they need our help there. Go do something. They need money to help out with the costs of running a good campaign. They need volunteers to run the campaign – every little thing helps. Go and help - then when Pakatan Rakyat wins we will know that it is OUR victory. HERE


I DID WARN THAT IT WILL BE A PUNGENT STUFF.

We give the latest pictere from bagan pinang.No copy paste report from other blog.

CONDEMN THOSE WHO OFFEND

HH's is fantastic with the videos !!