YAWNING MY WAY INTO BOREDOM 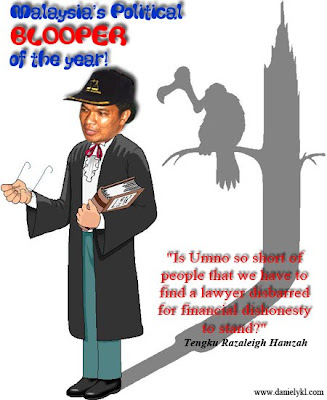 Truth be told, I yawn. as a form of non-verbal communication, to transmit this message to whoever is the receiver, that I am close to being BORED to death. Into the third day and this by-election is boring me stiff! UMNO is still on the issue that its candidate despite being disbarred is a very enthusiastic character. Since when did enthusiasm become a top criterior in the choice of candidate. Me, I have encountered an a handful of enthusiastic serial-womaniser, an enthusiastic kleptomaniac, an enthusiast conman, an enthusiastic this and that, good and bad, ad infinitum. 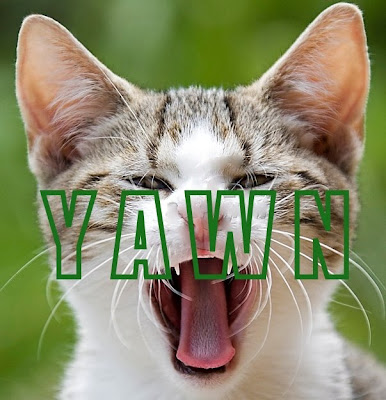 Umno has repeatedly defended its candidate, stating that he was not involved in any fraudulent land transaction personally as a lawyer.

However, this is contrary to a statement issued by the Malaysian Bar yesterday in which its secretary George Varughese said: "The finding of misconduct is personal to Rohaizat, as the (advocates and solicitors) disciplinary board would not hold a lawyer liable for the actions of his/her law partner(s)." 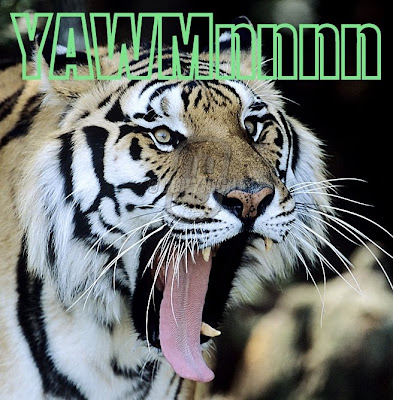 "Umno's legal advisers have run a check and found that he (Rohaizat) is still eligible to contest in Permatang Pasir.

"The Bar's decision must be respected by the lawyers registered under it. Legally, Rohaizat is probably innocent, but morally, it can be questioned by his opponents," Ku Li volunteered

Razaleigh noted that honesty is a minimal condition for public office.

"Whatever the other virtues of the candidate, he should not be considered if he fails this test," he said.

He said candidates fielded for election must have a clean record because the public are being asked to place their confidence in him as their leader, and a democratic government breaks down without public confidence. 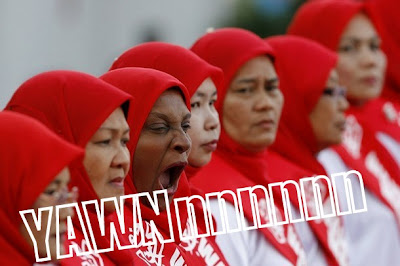 Rohaizat had appealed against the decision of the board to the High Court and the appeal was dismissed on Aug 12 this year.

Out of its million members surely UMNO can select a candidate of caliber. It would be anarchy if the head of a family picks on a black sheep of the family to inherit his mantle. Chances are the whole family will disinherit the head of the family. Is this the scenario in UMNO…..an implosion? A dying man’s last gasp?

Go HERE to find out what Rohaizat's medical chit revealed.

There aren't anymore candidates of caliber out of its million members.Probably Rohaizat is the "cleanest" among the tainted. By now, Im sure even his partner would have been "paid" by now to keep his mouth shut..Thus is "Bala" act..

And Pakatan defacto is clean? Yawn...

Jibby may be fuming mad in Putrajaya seeing his 2nd in command and his trusted lieutenant bungling in Permatang Pasir. Whose idea is it anyway to put up that "poor" guy as BN's candidate?

Anyway...r u having a yawning match with the makciks in red and white? :)
Don't worry...they say another one coming up soon in Kedah. As they say it...go north, young man...go north...to Kota seputeh?

They mistook 'integrity' for 'greed intact' which fits their bill to the 'T'.

Clients' Account cannot be compromised. There is no allowance for temporary use of clients' monies, awaiting completion of the legal transactions. But the interest on Clients' Account which can be substantial in the case of a big firm, is allowed to be treated as its income.

We have had enough of damage control, after the event. It is not good even to use it temporarily, what's more, having been disbarred by the Bar Council, any refund later is unacceptable in terms of integrity. Why can't they nominate someone clean?

The reasons given by DPM and Zahid reflect badly on the standard of integrity within Umno. Just like money politics which is considered not corruption, we have different laws for different people.

When UMON tries harder to defend their choice of candidate for this by-election, does it not mean UMNO is endorsing misconduct of a person acting in his professional capacity? I just cannot imagine how the Malaysian rakyat can be served by such a YB who has a tarnished character as a professional? Has this Government stooped so low they cannot even get to nominate someone with some decent background in this respect? Malaysia is really going to the pits. And the dominant political Party in this country sanctioned that fact.
malsia1206

leadership by example. if the 'big boss man" can , y can't bro Rohaizat?
we don wan double standard, do we? in anyway, it's all the rave in BN, y da fuss? ;-)

UMNO are getting their thongs twisted with their 'medical dates'.

I found a flaw in their latest media spins -

UMNO could have chosen a more perfect representative to represent them in this by election.A law society outcast,a dishonest and cheating lawyer.One that is typical of what UMNO is.

aNON432PM, if not clean but not as dirty as the BN cabinet.

Anon420pm...spot on. I too was mulling over this possibility. If he is defamed he would sue, but the silence is deafening.

Nightie....I think the gods are not happy with me....they want me out of KL to yawn thru another by-election. Join me the next round and make things more interesting. OK?

Uncle, Good posting, I yawned a few times too!

What to do with this 'Twist and Turn' political party....they can make a salt fish swim with their lies!!!!
Mongolian C4 with his band of thieves and murderers will be seen as heroes to the muslim pretenders in Bolehland....T mamak's 2020 viision!

The chocolate woman with a Muslim name just arrived from Kerala and some kutties throw a red tudung for her to wear. See how big her mouth is when she yawn. She is now a Malay?? and in umNO. I would thought she should be considered as 'other'? and not as a Malay

POOR CHAPS ALL HAVING TO PLAY A DEFENSIVE GAME TILL ELECTION DAY...SIR ALEX FERGUSON WILL CRY AND DIE IF HE HAS TO DEFEND FOR SO LONG...90 MINUTES ALRIGHT AND MAYBE ...EXTRA TIME 30 MINUTES STILL OK...

THIS ONE TWO WEEKS MATI LOH

What’s the fuss? Even ex-convict (on corruption) also can become MP and opposition leader.
So, let the PP people choose.
After all, this is Politics.

There is room for a diverse range of opinions in any society. But sarcasm is the lowest for of wit and perhaps we should not venture into that arena too often less it becomes a hallmark of our own characters.

There is reason to believe that the stroies circulatingg that Raja Petra Kamaruddin co authored the mysterious letter that arrived at Teoh Beng Hock's inquiry. There is much specualtion about him and about NH Chan.

Perhaps a read of why who and where may temper your own readiness to insinuate and to impute inappropriate conduct on the part of people your do not like or agree with.

Gopal Raj Kumar...what really is your problem. NHChin turned mercenary.I am no shrink but I think you are off your rocker!