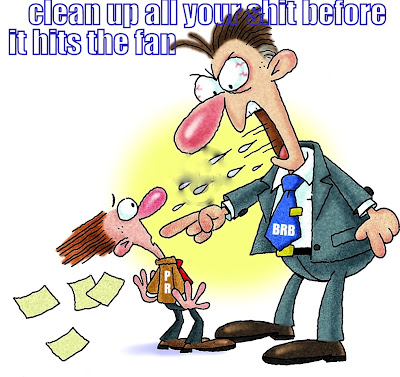 YES DON'T TAKE BARISAN BLOGGERS LIGHTLY ESPECIALLY SOME WHO LIKE TO LISTEN TO SONGS:
LOVES LISTENING TO SONGS

Are BRB that mean? Heh heh if we do, then PR better clean their acts fast because there's no stopping when the floodgates are open...

Correct. All need to work hard together. Dun expect miricle , but at least i see PR working harder

Zorro, I noticed that the Might Of The Pen (sjsandteam)blog has been deleted. Would you know what happened or the new link they might have ??

PR politician especially in the 5 PR states should stop wasteful politicking and start fulfilling the promises made during the GE.

PR state government should have your own KPIs. Where is your report card by the way?

Yeah, please tell Jeff Ooi, Wee Choo Keong (he has to pay a price in TBH's death - we will never forget!!!), Hassan, Zukfifli Kulim and the terengganu PAS camp to stop all this nonsense. The poeple will join the BRB to boycott them and put out our own candidate in the next GE if they continue to behave so selfishly and divisively!

Malaysia has lost it. We have bloggers like Jeff Ooi and cameraman like Gwo something holding state seats. The barisan is totally useless and corrupt and the pakatan is no better.Never did like Anwar as I will never forget his 2 faced stance during mahathirs trip to Japan and his running dogs stance with the US and the IMF?? Why can't he just swear on the Quran and habis ceritalah!!Mahathir had his faults but the man truly loved his country and had balls.I'm not a malay but he made us feel proud to be malaysians.i've lived many yr's in the West and am too aware of the hypocrisy in thier official talk. Not one true politician have I seen emerge in all this brouhaha.The Indians don't even have the balls to get Mr Vellu out and the audacity of Mr Vell Paari to lead the Maika charade.The Chinese are working behind the scenes to make sure thier own interest are safely guarded and they hv the financial muscle to sway opinions.The malays should only bow to the one god and not treat mere mortals as superior beings demanding utmost loyalty. Malaysiakini is so biased that not once have I read something good being said about barisan.So much bullshit rhetoric.Pls, that one true politician-come out and lead the way - in the while,I;m just gonna try to better the man in the mirror.

You fools really overestimate yourselves.. what you think you are? King makers?
keep living in your dream lah .. how many people actually read blogs? How many of the 6 million voters actually know who the fuck you are?

Unfortunately your jaundiced finger at the bn dyke will not stop its impending bursting. You can add in your dick as well, but that will make no difference.

Don't worry if the BN leaders continue to behave as though this nation belong to them only, very soon we will have terrorism terrorizing this nation, so what!!! I am sick!!!

Asalamualaikum.(may peace be upon you)


what do you expect when The DAP cant put their house in order.

time and time DAP always side with pig farmers even though the pig farmers are clearly in the wrong if you know what i mean.
(in kedah and in NS)
and also the sale of liquor as if liquor are in the blood of the chinese.

drinking gambling womanising are not part of the chinese culture.

DAP should be brave to voice out what is wrong and not blindly support evil vices.

time for dap to organise more gotong royong and bermuzakarah among malays and chinese and indians and semangat muhibbah and kesejahteraan will benefit the DAP in the long run.

also ask all DAP DUN/MP to brush up on their bahasa kebangsaan.
bahasa pasar just will not do.

i am chinese and have plenty of malay friends who really respect me becoz of my understanding about their culture and religion.

insyaalaah in the long run DAP will be more acceptable to the Malays.

But we do sacrifice quite a bit for them, and to see them putting personal issues first is very irritating.

The Might of the Pen will be back all ready for the new battles ahead. For now we need Pete to be safe

The electorate wants to see development as they are getting tired of cry wolf, blame games, silly rallies, crying over spilt milk, trying to correct history and all those rhetorics.

Time to pull up your socks, Yang Berhormats.

Otherwise, as Lim Kit Siang says, this is a one term office.