THEY SAY THE HIGHER YOU ARE THE HARDER THE FALL.

I kind of pity this man, the Deputy Prime Minister, that is. I don't know if it was his choice or was he compelled to take charge of by-elections. It began in Bukit Gantang. It was a scoop, everybody said, his wooing Tun Mahathir into Taiping on the eve of Polling day. Tun said some subtle things like the crowd that came to listen to him demolish PR were quite old (old as in ancient) familiar faces and office workers forced to attend to make up the numbers. Of course Bukit Gantang went to Datuk Nizar and Bukit Selambau went to PKR. It was heard around the Bangsar circuit that Khairy whispered to a colleague, "My FIL was tickled pink when Muhyiddin lost the two Bukits and left with a distant batang." He of course was the guy who kick-started the expulsion of Pak Lah. Yes, things that goes around comes around. How true.....

And to save the tattered economy, BN gave a walkover to PR at Penanti.....and the economy remained tattered! And now this Permatang Pasir where a can of worms went on show!

I admire resourceful people. But resourceful people do not make desperate moves or utter nonentities. "He may be disbarred, but he is a good man." I have known him for 10 years and he can do well for his constituency if he wins." "I brought in the army to dispense medical services and also to help in things religious."

Yesterday's prophetic announcement by the DPM wins him the cake, and he can eat it. Deputy Prime Minister Muhyiddin Yassin said there is a possibility that more elected representatives from PKR will leave the party as they have lost confidence in the struggles of their leader. Hello! The way I heard it across the border from Permatang Pasir, Radzi is having trouble managing his four wives and find it difficult to manage his constituency. Seems his fourth is disgruntled (as Rohaizat's second is too) and taking a case. 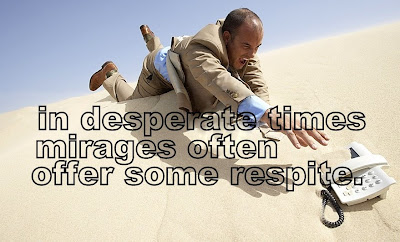 Desperate times it is in the BN camp.....and they are even welcoming discards from PKR, thus making BN a carbage collector. Fact, as reported, not mirages.
Posted by zorro at 6:10 PM

BN can take all the discard and non
committed YB, leaving the committed and diehard to fight for a better
Malaysia.Half a loaf which is nice,is
better than a whole that is bad.Many
politician are in the game for the
money and not to serve the rakyat.
Hence, now is the time to filter and
nominate the best for the next election so that we won't have to
tolerate all these nonsense.

Bro Zorro,
As u said , things go around comes around. How true it was. Yhey Say The Pakatan ecpecialy PKR is collecting the garbage which thrown out from UBN Like Dato Zaid,Mr Chuan and many more.
But now they are doing the same thing by collecting garbege from Pakatan, which has bribery case and tainted.
Any information why the Malaysian Agency of Cow Catles re-open Fairus case again now expecialy during the PP by election?

Elegant cut, Zorro! Muhyiddin has obviously reached the level of his own incompetence.

Just imagine when -
1. it takes him as the Deputy PM to say the then Singapore Premier LKY had threatened to go to war over the supply of water to the tiny red dot on the south
2. and such statement had only to be released after the so-called alleged incident
you can imagine what it just take to become the Deputy PM of Malaysia.
By analogy, I bet it does not take much more to become the PM.
Wow, the mentality of these 2 most senior men holding the power politics in Putrajaya must be really made of the strongest stuff, bar none.
malsia1206

umno and their political GAME!

everybody knew not all who left umno to join Anwar are doing so because of conviction to change, and reform. umno did arrange these scums to change jersey, sleep with Anwar, beg to be candidates. and now is the game to change back INTO the old umno jersey.

umno started the barrage of Anwat Traitors to the malays!....and these scums started to move back to umno. Are the average malays disturbed? are they agreeing with what umno charges Anwar off?

well, some got influenced, bt many malays have known this game. Take Perak, until today, the malay rakyats are giving the sultan and the thief MB cold shoulders!....even the mufti, after being made a Tan Sri by the sultan are being attacked the majority of malays. Why?. The mufti never advice the sultan to be involved in Najib's gameplan....coz Najib promised Nazrin to help his sister!....the sultan never mentioned this, and the mufti was well rewarded for agreeing with the sultan!.....

will Selangor and Kedah follow suit? Azlan's daughter has a weakness and Najib capitalise on this. Will the sultans and muftis of Kedah and Selangor be made to kowtow to Najib?. Will they succumb to umno's political game?. When money is openly used to buy off peoples, will the sultan and the mufti keep quiet?. I hope they too will follow the Perak ruler and the mufti.

Then it gives all the reasons for HIM to ACT!. I am indeed waiting for this occassion. HE will stamp HIS mark of authority!. The rulers and the muftis have sold their dignity to umno for good.

This is the reality of malays who have betrayed Allah the Almighty!

Just dont know what to say or descripe-

Anon1204...I am the eternal optimist. One step at a time, small bites...win by-elections. 7 wins is telling and if UMNO cant get the message, they are dead ducks.Small bites...we choke if we eat the elephant in one bite.