PKR WON'T LISTEN! WILL THEY IN THE FUTURE? 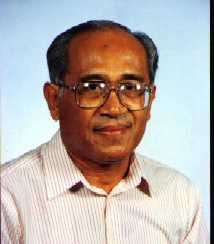 On Friday, February 22 I made this special plea:

DR SYED HUSIN
DEPUTY PRESIDENT PKR
TO OFFER HIMSELF
AS A CANDIDATE IN
KELANA JAYA!
THE CHINESE AMATEUR FILM-MAKER
HAS NO BUSINESS
IN A MALAY MAJORITY COMMUNITY.

I RESIDED IN KELANA JAYA FOR 30 YEARS.
I THEREFORE CARE.
This morning I went back to my former constituency and spent close to 4 hours talking to former neighbors and friends in Kelana Jaya. NOT ONE, I REPEAT, NOT ONE OF THEM WAS HAPPY WITH PKR'S CHOICE. Safrul said that it was an insult to drop this unknown boy to play with the likes of Lee Hwa Beng. Tan was determined to vote Opposition, but when PKR candidate was announced he decided to make a protest vote. "I am so frustrated. I was determined to make my vote count this time. I was always a Barisan man.....but not this time.....and this thing has to happen?" Gregory Peters, an MIC supporter since the last three elections was not giving the vote to BN this time. "If PKR is not suicidal, then they are mad to give us this unknown!" Many expletives were hurled that cannot find print here, but you surely know the sad, sordid sentiment going around.
I had so much faith in PKR that I have even asked for the ceremah schedules of their candidates. For once, Barisan Rakyat can make it stick. But this one choice appalls me. Very little shocks me these days, but this choice stinks.

THIS BARISAN RAKYAT OLDSTER IS PISSED AT PKR,
BIG TIME!

BUT I WILL STILL ROOT FOR NURRUL, CHEGUBARD AND ALL THE PKR CANDIDATES, AS LONG AS THEY BELONG TO THE BARISAN RAKYAT FOLD.

>>concurred with National leaders to field a young candidate ?

Looks like the opposition’s disorganisation is evident. Azalina…one of the BN’s most disliked Ministers
is returned unopposed and Rahman Palil…one of Selangor’s most corrupted politicians and known as a
land grabber is also returned unopposed at Sementa when PKR’s buisnessman candidate went AWOL….
possibly bought off by the corrupt Rahman……This nation would like to throw out this ineffective
government…but there is no effective opposition save perhaps for PAS and the DAP….The incident at
Sementa could be ominous for the PKR as a serious party….it also shows that Anuar may not have a grip
of things at the PKR….

Why continue to be a figure head political party leader then? He might as well retire and vacate his position as Vice President or whatever. No point being there.

A big chicken with no courage or strength to fight. No longer any use.

He could have taken the seat. My geng was waiting to root for him. But hey, we no longer believe in him.

We should be looking at the bigger picture. Isnt it our agenda to deny BN that 2/3?? If yes, then we should be voting for the party rather than individuals we want instead.

It is sad to see Malaysians cry and rant about BN corruption, abuses of power and etc. But when it comes to voting, we are unable to see past our personal agendas/choices. As such, how to deny BN that 2/3?

Yes, there are problems and all at the Opposition camp. Now, are things all that rosy and full of love in the BN camp??? We make a big deal about the Opposition camp not being in order etc etc. And we get disillusioned because of this minor problems.

From what I see, I doubt we can deny BN that 2/3 majority because Malaysians in general are a bunch of cry babies. The Opposition dont put up their favourite candidates, we rant and cry and wanna register boycott votes etc. The Opposition camp have some problems, we think the world is ending.

Well, go ahead and register your freaking protest votes, or dont vote at all or better still vote BN. BUT DONT CRY RAPE AND ALL IN THE NEXT 5 YEARS BECAUSE YOU BUNCH OF MOANING BABIES DESERVED IT.

Anon10.05am.
Saiful, Tan and Gregory are all non-bN supporters. I have known them for over 30 years. It was Saiful who told me to get over to Kelana Jaya yesterday. What is wrong if they register their dissent over the choice of candidates. It is their constituency, just like it was mine.they were not ranting and moaning. They were just perplexed. To these three guys, this was the time to get the two/thirds. But with this unknown dropping in against a known and credible giant in Lee Hwa Beng, it is ONE DOWN...and one down erodes the 2/3.Can you understand THAT?
Please empathise with these people. If you care to read my last statement, you will understand the intended nuance of the post.

Your last para says much about you. Instead of offering solutions, you are offering ("better still vote BN") a limpidly sick or infantile alternative.

I know that my three friends will invariably vote Barisan Rakyat, a fact established over tosai at Kana's.

Actually, I am also pissed off big time! I have voted BN and LWB for as long as I know. I neither like nor will hate LWB. Many in Subang Jaya and USJ acknowledge him as being capable, caring to some extent and pleasant enough. But to make a difference, Malaysia needs voters like me to cross over. This election, I wanted to make a protest vote and actually felt both happy and sad about it. Even though I commented I would even vote in a cow but the Opposition choice for Kelana Jaya MP reeks with the same BN stench of cronyism, bribery and manipulation. DSAI is actually rewarding a snitch with our votes. If that DSAI didn't reward that spoilt rich brat, I would not have called the latter a snitch. Between the DSAI and the deep blue sea, I would rather trust a known Devil. Or maybe this boy, an 'unknown angel' should wear Aisehman's T-shirt 'Will Give Up Seat For Anwar' during his campaign. whispering9

Let me put it straight to you that 'this unknown' was the one who took the Lingam's video! He is the one who step forward instead of ranting and moaning. It takes a very brave man to do so. Without his video, we will have nothing today.

I have said it earlier, when we vote we vote for the party first. And if we are looking to have our favourite candidates then I am sorry as this is a GE and the bigger agenda is to deny BN that 2/3.

Stop throwing all your toys out of your pram, get over it as the main agenda is to deny BN that 2/3. I hope this is simple enough for the likes of you.

Do note, "limpidly sick or infantile alternative" is to sulk like a boy denied of his lollies when he found out that his favourite candidate is not running.

Anon10:40.
You missed my last statement? It is in the largest font, highlighted in dark blue. I have no favorite candidate and no favorite party. I questioned CHOICE. My proposal was a challenge to PKR. If PKR hasn't got a good candidate, offer the seat to either DAP or PAS.
By the way, any idea how many million ringgits changed hands the night before nomination...interesting to sulk over and lollies worth relishing.

Your phrase 'a fact established over tosai at Kana's' have been in my stressed mind for the past few days. Other 'good writes' and arguments, coming from near strangers or bloggers, do not suffice with me. So I called up a close friend for some 'over the tosai' cure. Hahaha...and he proclaimed proudly and loudly 'A vote for BN is a vote for UMNO. I love my party (MCA) but I love my race more!' I guess he is right because for my race to survive the future, there is a urgent need to do away with BN racial partisan policies and unite all the races as Malaysians. 'How about Anwar?' I asked. He replied 'Everyone in BN thinks he or she can be PM and becomes rich. Nobody wants him back as a leader. Nothing to worry.' So for the sake of tosai and my race, I should give PKR Loh a go. Cheers and thanks for understanding that personal relationship goes a longer way. :) whispering9