DON'T BE A DUNGOO! (SWAHILI FOR STUPID.) 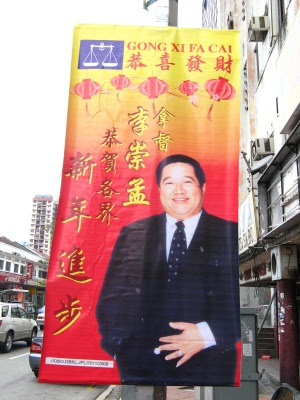 At this stage of my life I try as much as possible to steer away from stupidity and avoid it
like a plague stupid homo sapiens. I can take it when animals act stupid. But stupidity in men and women gets on my goat. I have a very high tolerance for things provocative, intimidating, even seditious,.... even malicious, but never stupidity! So what got on my goat? That Dr. Ayam (above).
This from Bernama:

KUALA LUMPUR, Feb 25 (Bernama) -- Barisan Nasional (BN) candidate for Bukit Bintang parliamentary seat, Datuk Dr Lee Chong Meng, has urged voters to give him a chance to show what the BN government could do to benefit them.


Damn....you got your chance when you were given BB against all rules by that now ousted CJ, whats his name? You became MP because that fairy...or whatever his name is, gave it to you without a by-election. I can take sluggishness, but not sloppiness that resulted in you losing to a used-car dealer who cannot string two sentences in English and Bahasa together to wake up those sleepy-head MPs and the chief honcho.

Damn, we gave the BN close to 50 years and we are still deeper into the pits. The BN government had fifty years and who are you to ask to give you a chance to show what the bN government could do to benefit the rakyat? What cockmamie drivel are you driving at. You lost to the dealer? 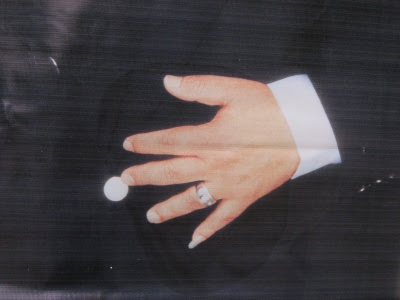 "I have been working hard in this constituency for 15 years trying to influence voters to switch their support to BN.

Well, that little finger with the extended nail (false, a BB Ah Moi manicurist product) didn't help you for fifteen years and you want another chance. My mother threatened me that if I could not complete a simple task in her kitchen she was willing to sell me at a loss, and here you are asking for another chance. Pack your bags and go examine more chickens.

"They already gave DAP 11 chances. I think it would be fair if they give BN a chance this time around," he said.

That is unaduterated chicken shit.

"With just 12 days of campaigning to go, I expect the votes to increase to 51 percent to enable me to wrest back the hot seat from the DAP," he said.

That is what will now be known as a cheap (chick) dream.

Dr Lee said he expected about 49 percent popular votes for now from a total of 61,051 voters.

Hello, Nostradamas was a hoax and he was on exotic grass everytime he made a prediction, if you must know. I know, but I can't tell you....it is a Barisan Rakyat preserve.
Posted by zorro at 8:42 PM

Whenever I drive into the city center from Setapak either from Jalan Pahang or after IJN, the first thing that comes into my mind is always that idiot Dr. Ayam. The only thing I despised about him is of being an MCA 'running dog' kotow to UMNO, as you said the other day in the Bersih rally aftermath.

True, we both would vote against him if we are placed there, but I don't know what track record that our car-dealer MP had in the last 4 years now. Without that, I won't be able to judge the two candidates slugging out.

This piece of chicken shit is so revolting I have to puke each time you post his pic. Shameless like all the rest of the MCA dogs, but this one beats them all. He shamelessly became the MP for BB thru fraudulent means, got kicked out after that, and still hoping to get elected in. What grade of shit is he made of I wonder. Zorro, I have to say your gas chamber needs upgrading before you put him in.

Every lap dog will have its day.

He wants another chance so that he and bn can screw the public again.

That is very common bn’s motto which has very GREEDY news written all over it.


never trust anyone that says

SEE WHAT THE GOVERNMENT CAN DO

WHEN YOU WAKE UP YOU ARE MOST LIKE GOTTEN A VERY GOOD SCREWING.

there are a lot of indons and banglas currently residing in BB, things might change.

This fat cat chicken shit is a doctor? Sheeesh.

BN can cheat their way into BB but do not underestimate the People's Power. Even Dictator Marcos was sent packing by the People. Suharto suffered the same fate. So, let this be a warning to the Dynasty wannabe. We are watching and we are ready.

doctor ayam comes calling to remove testicles. coz he has lost both and now serves full time as lap dog for UMNO. yup, he must have real good relationship with fairuz and must always be thankful to the latter for giving him the MP post.
CORRECT, CORRECT, CORRECT.

Is that a fat cat face or wat?

MAN! Is that the best cheap shot barison can give?

when I see a politician like him, I would immediately vote for the opposition no matter who that is!

He sure looks like someone you can TRUST, and WELL FED! Not!

Well,, he said give BN a chance as DAP has been holding the fort for 11 GEs..then we can say, BN must give Barisan Rakyat a chance after winning more than 2/3 majority in every GE since Independence.

Dr Ayam..he sure looks like fat chick *Ayam Daging" to be slaughtered soon.

Can somebody call Ayamas??

Remember those 'hawkers' and 'business' association which claimed they lost millions because of the bersih march?
Those wankers were in Bukit Bintang, not even close to the areas affected by those police roadblocks, yet they could make a farcical statement like that lead by this monkey!

Now, the fat swine too