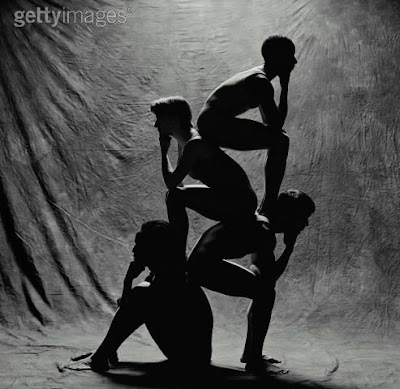 Tomorrow should be a very interesting day of the Royal Commission of Inquiry. Four witnesses are down to give their testimonies. It would have been 5, but Anwar Ibrahim was conveniently silenced with a contempt issue.....a most contemptable manoeuvre to prevent the explosion of you- now-what hitting the fan. You and I know that you may be an insignificant ignoramus, but if you are assigned to sit on the Bench, you morphed into an omnipotent saw-dust Caesar. So Anwar is ceremoniously pushed aside and ISA detainee M Manoharan is being called. I asked a dozing HANTU,"Why?" but got no reply. Similarly with Mohd. Shafee Abdullan and Lingam's sister Lashimi. But when I mentioned JAYANTI NAIDU, the devil bird shrieked in delight. Here is how this name surfaced earlier in the RCI. (Her name is spelt Jayanti....full name Jayanti a/p L Govindarajulu Naidu.)

Lingam also denied suggestions that his travel plans were coordinated with that of Eusoff’s via their secretaries.

Lazar: Now is there a member of your staff named Jeyanthi?

Lingam: Yes, she was my secretary.

Lazar: Look at (the travel itinerary), can you see in the facsimile it is addressed to Rohani/Jeyanthi. Tun Eusoff Chin testified that Rohani is or was his secretary but he does not know who Jeyanthi was. Can you think of any reason why the name Jeyanthi appears?

Lingam: I can’t think of any reason - there are so many Indian women by that name Jeyanthi. I’ve never seen this document before. The first time it was shown to me was by ACA in 1998 when they did investigation I gave the same answer, I’ve not seen this although I have a secretary by the name of Jeyanthi.

Lazar: Can I suggest to you that the reason why Jeyanthi’s name is there was because this was a trip planned for you and Eusoff Chin.

Lingam: That is not true.

Lazar: So are you telling the commission it was a coincidence that Eusoff Chin and you used the same agent, your itinerary covered the same locations and the same dates for flights.

Lingam: There is nothing unusual about it. It was not pre-planned. It was coincidence.

Lazar: And your meeting Tun Eusoff Chin at Changi airport was a chance encounter?

Lingam: That is correct.

So HANTU took me thru the Socratic Method. Remember Socrates? He is best known for the creation of Socratic irony and the Socratic Method, or elenchus. Specifically, Socrates is renowned for developing the practice of a philosophical type of pedagogy, in which the teacher asks questions of the student to elicit the best answer, and fundamental insight, on the part of the student. It is exasperating working with HANTU but one needs to be humble to get the facts from him!

So? For a fact we know that she will definitely be responsible for dealings with the Travel Agency for the controversial tag-along tour of NZ. She is the secretary mah. We both believe that she would drive the final nail into the coffin and put to rest the truth that it was a well-planned NZ sourjourn and paid for by Mr.Fix-It-Man V K Lingam.

The other thing we are not so sure about is whether Mr. Lingam wrote any judgements for any judges. She (and maybe a few other clerk-typists) may be privy to this as confidential typing is done by them, whenever requested. Hantu hinted that lawyer Mohd. Shafee Abdullah would shed more light on this. We really dont know. The shit will hit the fan if it is revealed that Mr. Lingam wrote the judgement for the presiding judge Justice Dato Mokhtar Sidin. Again we don't know. Maybe tomorrow is revelation day.

This is really draining......one more shot of Belveneve Loy, no water as usual....and only one cube of ice, please.

Wow! Another bomshell! How can I beleive that a judge allowed judgment to be written by others. If this is true that the judiciary has gone to the court and it will take at least a good 50 years to restore confidence.

So Zorro, it will not be in your life time. For heaven sake please stop to beat around the bush and tell us what Jayanthi whisper to you.

It took them more than 2 months to prepare this "cover up commission" before it is put on show, don't you think Mr. Fix it would have already "settled" nicely with the "2" witnesses?

See how our ACA lady has conducted the investigation?

Why is our Agong taking all these sitting down???