A BEAUTIFUL MORNING SPOILT IN THE AFTERNOON. 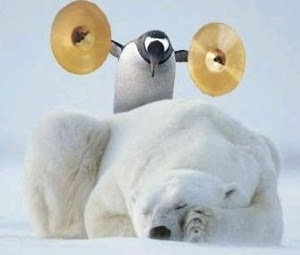 It was such a rewarding morning. I was amongst approximately 100 Malaysians who took time off on a Saturday to turn a new page/chapter in the history of this country. Today at 11.30am, THE PEOPLE'S DECLARATION was launched at BLOGHOUSE (the home of Barisan Rakyat Bloggers). What lent credence to this historical chapter was that all the Opposition Political Parties that mattered had sent their representatives and each vocally endorsed the Peoples Declaration in toto. They were maverick lawyer Wee Choo Keong (MDP), Ronnie Liu (DAP) Chegubard, Badrul Hisham Saharin (PKR) and Dr. Siti Mariah Mahmud (PAS). Read here the full report by Malaysiakini's Li Tsin.

The mood was electrifying when the politicians said their piece, the ambiance was uplifting and the fellowship that followed over lunch was exhilarating. It was going to be one of the best days of my life...........however, when I returned home and accessed my mail I got this message from a friend in Kota Baru....."Bernard, EC up to their dirty tricks....check Malaysiakini"

Malaysiakini posted this:
Election Commission (EC) announced on Thursday 21st Feb 2008 that all election candidates must pay stamp duty on their applications to contest. Election candidates particularly in northern states where Friday and Saturday are holidays, could be disqualified due to the fact that they only have Sunday morning to do that. But the problem is, government offices selling revenue stamps in the northern states will open at 8am on Sunday and yet the candidates have to submit the nomination form between 9.00am and 10am on the same day.

A very neat ‘dirty trick’ by EC? Is this part of the plan by the BN Government who had worked extra time to amend the constitution to extend the service of certain individual? What is the purpose of imposing such rules at the last minutes? Perhaps, nomination day tomorrow willl tell the story.

“I see this as a gimmick to make things difficult for opposition candidates,” said Mustaffa Ali, state election chief for the Islamic opposition party PAS.

Activists have accused electoral authorities of dirty tricks ahead of March 8 polls and are threatening to hold a mass rally in Kuala Lumpur in protest.

The Coalition for Clean and Fair Elections (Bersih) which last November gathered some 40,000 people in the capital to demand reforms, slammed last-minute changes to electoral rules ahead of nomination day tomorrow. 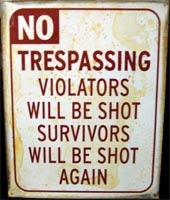 Dr. Siti Mariah Mahmud (PAS) mentioned this over lunch to some of us who were talking to her. She did also say that there were runners who took the nomination papers to Penang Rvenue offfice to have it stampped. Just hope they made it in time and not be subject to further pressure tomorrow.

In any case it would be interesting to know what pressure the UMNO candidates came under following this announcement. If they were all ready and under no pressure, then obviously they were in the know even before EC's announcemnet. That would be CORRUPT!

they know its not gonna be a shoo-in in the malay heartland in kelantan, terengganu, kedah and perlis. so, the lapdogs have to do the bidding of BN. a lapdog is always a lapdog. like a leopard which never changes its spot. once the master calls, the lapdog will just wag its tail and come running to do the job.
no, he is no rashid. he is full of shit.

Technically, should those who did not conform to this legal requirement in past elections be deemed null and void ?

Its flip-flop again for this stamp duty thing! I knew it was a ploy ! Only ok if BN candidates have failed to get the stamp! This is NOT a fair election right from the start! The EC is a stooge.