THREE LIVES SNUFFED OUT & NO PROSECUTION? 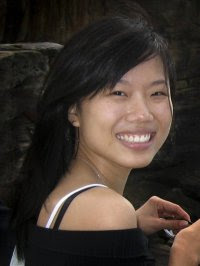 Nian Ning, 21, a Public Service Department (PSD) scholar at the in who was on her way to visit friends in , was among three passengers who perished when the driver lost control of the bus and slammed into a divider.

“We learnt that the driver had 13 summonses against him. Why had the company not screened him and realised that he was not competent to drive that bus.

The attractive Nian Ning, who stood 1.72m tall, was a national backwoods cooking champion and had set her sights on becoming a doctor.

She scored straight As in both the UPSR and PMR and obtained 11A1s and one A2 in the SPM exams.

“From a young age, she was so clear about her goal. Even though she had been approached to be a model, the only thing she wanted to be was an orthopaedic surgeon,” said her mother Ong Keep Gim, 48, a teacher.

Just yesterday, as I was boarding the bus (I know he speeds), I asked the driver: Uncle, are you the driver? Uncle, tolong pandu perlahan sedikit, k?

He kept screaming 'kurang ajar' all the way, and I wonder who is the kurang ajar one, when he is doing all the screaming, when I addressed him with an Uncle...

And I even said 'Tolong'...I dun see a reason in yelling back at what I call a mad-dog, so Im filing a complain with the manager and demanding a personal apology...

I cannot tell him when he is en-route and driving, because for obvious reasons, tat would make him lose his concentration, and that would endanger everyone on the bus...

I bet you he thinks he could yell because I was young...But he has just shown how bad mannered he was...Because respect, should be there, regardless of age...

and they sent a doctor to jail for 3 months all because he did not register his clinic with demi-god ministry. worst, the DG of MOH gave a thumbs up instead of sympathy although the minister caught with his pants down promised that genuine docs (like this one) has no fear of the draconain law.
this is justice from BN, folks. If you dont have the means and connection in BOLEHLAND just like the poor doc, thats the end result.

My wife & I signed the petition, everyone should do likewise.
The root cause of this disgraceful state of affairs regarding express buses is CORRUPTION.

Malaysia is riddled with cancer, this cancer is CORRUPTION, and it is surely killing Malaysia.

I always warn anyone I know, who is planning to visit Malaysia, to never even think about travelling by express bus; and I warn that taxis, especially the so called 'Limos' from KLIA, are risky too.

There is near zero enforcement by the traffic police, JPJ and others; is this the result of CORRUPTION, a crackdown on CORRUPTION, or a mixture of both?

Apathy, incompetence, laziness, ignorance, corruption or whatever it is, the end result is the roads in Malaysia are death traps.

If justice be accorded, then you shud have given sympathetic space to the other 2 equally precious lives too , not just the pretty one ok but then again they will yet sweep this petty issue under the thick carpet whether your kind( maybe caring) readers arduously and pettily sign this kind of incosequential peition yet one more time.

We sometimes really miss the big forest for the small and tiny trees.

It does get xtremely tiresome until the dishonorable Minister instead of lavishing big applomp and responsibly displaying fullpage adverts time and time again across the MSM every big holiday rush hour sickeningly announces and pleads the Malaysian drivers to "be carfeful" and save lifes RESIGN today. Why, as somebody rashly slogans of late -enough is enough ! plse no more signing and signing...Go for it sack the Minister...anything less is slanderous

Team, if you go to (see link in my post) the "buscrashnomore" blog you would see that the blog is dedicated to the memory of the three. the memorial was the initiative of Ning's friends.The petition includes all three victims.Happy CNY.

Daph, let me know the outcome of your report to the management. It would have been better if you had made a police report and on extraction of that report, send your report to the management. Still let me know.It wouldn't hurt to make your comments in the "buscrashnomore"blog for others to know about this. Your incident is not rare, it is rampant but becasue nobody makes a stand, it is "rarely" known and therefore not publicised.

But what is it to Chan Kong Choy?

Only 13 summonses. How many times have we heard this before. They are not serious. Never.

what to do? they died in vain and our sick government ain't going to do anything except giving valuable advise "pandu cermat jiwa selamat", "berhati-hati di jalanraya".... WTF, poor ppl who takes bus will die like cicak and the stupid gov wont give a damn care....

5567 is the number now. i hve sent mails to a few friends for them to sign this petition.
let the MT knows that there are more pressing issues than issuing corrupt contracts under PKFA and acting as chief negotiating officer for Air Asia. If he thinks that he can get away with such murders, let the public proof him wrong by signing this petition.