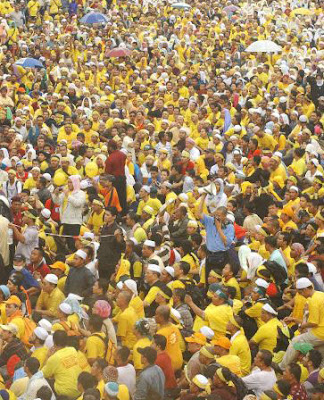 And at tomorrow, come out from your homes and offices wearing yellow, stand on the street, and make your presence felt. Or you can get into your car, switch your headlights on, and drive around the block while honking your horn.

Whatever it may be, just show solidarity tomorrow, in particular at . 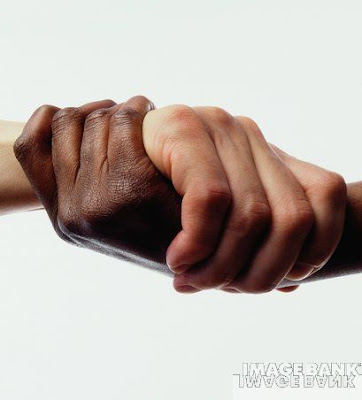 At the following day -- -- we shall be launching the PEOPLES' DECLARATION at the Blog House in Bukit Damansara in .

The six political parties who have endorsed the declaration will be invited to attend together with civil society movements, NGOs, and members of the blogging community.

Those interested to witness this event are most welcome

On , Blog House will be organising a MEET THE CANDIDATES session.

The time has not yet been confirmed but considering it is a working day it would probably be at . This election will see the most number of bloggers contesting, so Blog House would like to introduce all those who from the blogging community will be contesting the election. 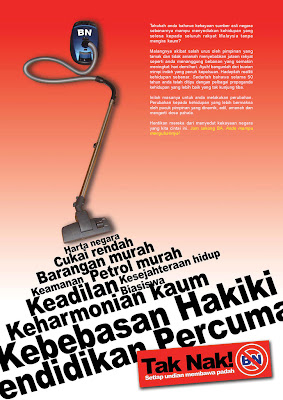 Blog House is only focusing on the candidates from the blogging community, which may prove to be quite a number in the end. Never mind if they are Barisan Nasional candidates or opposition candidates. All will be invited and all are welcome. So, if you want to meet the candidates who are also bloggers then stay tuned for further announcements and keep your Wednesday night free. 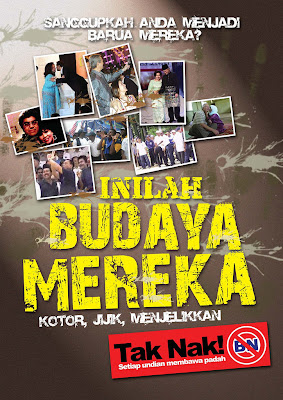 Then, on (1 week before Polling Day), we shall be organising a MEET BARISAN RAYKAT function.

The time and place have not been confirmed yet. In this function we shall give the members of BARISAN RAKYAT an opportunity to talk to the people and explain their policies and strategies in the event the opposition coalition forms the government, whether at Federal level or in one, two or three of the States. There will also be a question-and answer session for participants to ask the members of BARISAN RAKYAT anything that may be of concern to them. Stay tuned for more details 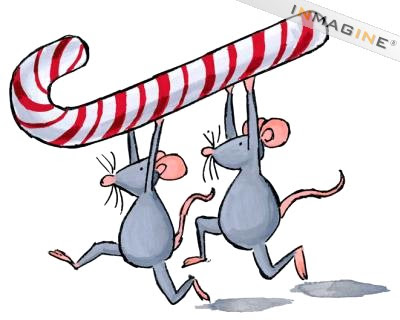 Many incidences of fraud have already been detected all over the country and this election may yet prove to be one of the dirtiest ever.

A team of lawyers is being set up to gather evidence of fraud/vote-buying and to file an injunction to stop the general election. 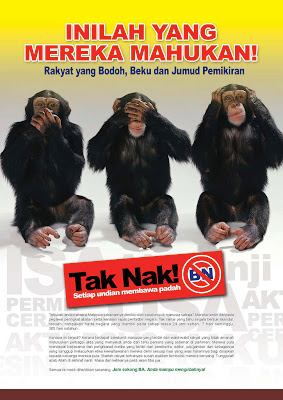 The team of lawyers is offering a reward of RM10,000 to anyone who can deliver evidence of fraud and/or vote-buying that leads to a conviction. If the coming general election cannot be stopped and it still goes on as planned, the team of lawyers will then use all the evidence of fraud and or/vote buying to file election petitions immediately after the election to get the courts to declare that particular seat where the evidence has been procured as null and void. 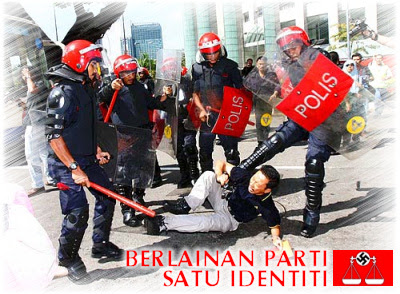 So, keep your eyes open. Gather as much evidence as you can. Documents will be good but if you saw something but have no documents to support it then your testimony in a signed Statutory Declaration or Affidavit will do. We shall inform you later where to send your evidence or who to meet to get your Affidavits drafted and signed.

Yes, this election may end up the dirtiest ever in Malaysian history. But let us the rakyat show the powers-that-be that we shall no longer tolerate the rigging of our elections and the denial of our fundamental right to free and fair elections.

We refuse, any longer, to be robbed of our right to determine the government that will rule over us.

I think your title should be Today, not Tody.

good good. and the polis at one swoop arrest all oppos supporters, lock them up until election over........

election at the corner, stop messing around until the day comes.......

If only this message can be disseminated to more people ……

that would be a "bigger" difference maker.

the rally or remembering ten eleven or something like this

on their blog tomorrow.

cant imagine what the effect this would make.

that is solidarity on the net for one.