OF WHITEWASH AND CUT-OUT CARBOARDS. 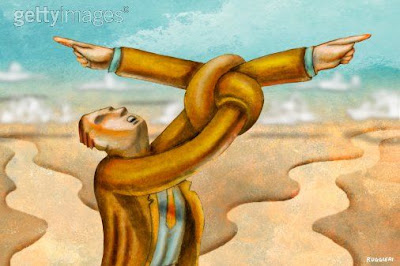 YES. That's what I sense. Weeks into the public hearing and this Right Royal Commission is going in all directions except the right one. I remember Tuan Hider welcoming anyone to come forward as a witness. Witnesses were offered by counsels but the Chosen Five have hummed and hawwed and with finality discarded many.
ISN'T A ROYAL COMMISSION A PUBLIC HEARING?
WHAT ARE THEY TRYING TO HIDE?
WHO ARE THEY PROTECTING?
WHAT IS THEIR HIDDEN AGENDA?
IF WHAT THEY SAY ABOUT THE JUDICIARY AND THE LUMINARIES THAT SAT ON THE BENCH ARE VILE AND EASILY MANIPULATED, I AM TEMPTED TO AGREE .

......AND THERE WAS A SESSION IN CAMERA. IS THIS A PRECEDENCE AT PUBLIC HEARING?....AS THOUGH SOME NUCLEAR DEVICE HAS BEEN HIDEN SOMEWHERE AND THEY DONT WANT US TO KNOW IN CASE WE PANIC....AS THOUGH THE REVELATIONS OF WITNESSES WILL BRING DOWN THE GOVERNMENT.

I hope that when Thirunama Karusu says his piece come Monday, Haidar and his quartet will probe into the affinity Court of Appeal judge Low Hop Bin and just retired Mokhtar Sidin may have with Lingam. The Commission must not, must never dismiss the web of intrigue that will unravel.
NO WHITEWASH, PLEASE REVERED SIRS & MADAME......THE WHOLE COUNTRY WATCHETH WITH MAGNIFYING GLASSES.
THE FULL TAPE: I am told that another video will appear, the full tape, which will reveal money exchanging hands. I hope the RCI will watch this (but not in camera) and make, as expected of people of the Bench, profound deliberations and proclamations as such.

My fervent wish is that when the hearing is over and the quintet goes to work they will leave no stones unturned, sweep out whatever is under the carpet and to give us the verdict we all wish for. And for once I hope the two CUT-OUT CARDBOARD members, the two who never volunteered even a squeak, will speak out. I hope these two will break their vow of silence and declare loudly that they are what they are supposed to be....until now RESPECTED PROFESSIONALS.

My friend, Bob, remember him? He was the guy who said that it is safer to be a Buddhist Monk in Burma than to be a whistle-blower in Malaysia. Ever so circumspect and perceptive he said that if a WHITEWASH takes place all the panel members should be "CAREFULLY SHOT AND CARLESSLY BURIED!"
AMEN, I say to this.
Posted by zorro at 5:55 PM

A whitewash?
Most probably.

Is Haidar hiding?
Judging him by his performance, obviously.

Just and transparent?
Of course not, this is Malaysia lah!

zorro,
Ahhh...trust goodman Bob to come up with the most profound and appropriate one-liner !
I'll drink to that !
Cheers !

after the current untainted CJ, who is next in line? aint someone with close linkage to UMNO surreptiously planted to takeover from the current transitional CJ. these corrupt BN would not want an unbaised and untainted judiciary to serve its interests only.
the inquiry is no more a charade given how the chair is running the show even if it is my perception.
hey another "if i dont do it someone else will and who is going to compensate....." fella.