Last night I blogged about little Vwaishhnniva's mission, together with some 200 kids, to present roses to the Prime Minister. She also appealed to the Chairman of Sukaham to follow her to Parliament House, as a protector. We have had no response from these two......her only hope. She has nobody to turn two. Her hero, her father P Waytha Moorthy, is on self -imposed exile in London and cannot be here to take her hand to accompany her. We still have another 4 days to 16 February. Why is it that the PM and Sukahim Chief are so slow (or unwilling?) to respond.....? 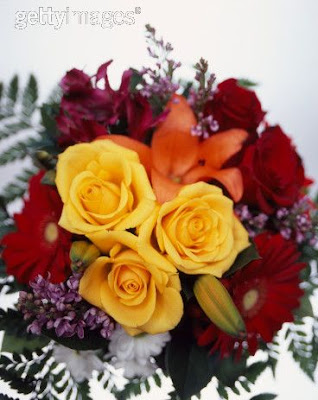 It is not Guns & Roses these kids are bearing......just beautiful Malaysian grown RED & YELLOW ROSES, for God's sake......just roses and a prayer.....

I quote here a part of Malaysiakini's letter ( a prayerful appeal) from Vwaishhnnavi's father Waytha Moorthy:

I seek forgiveness of the Almighty for placing my only 5-year daughter on the forefront to face the possibility of the first round of tear gas and chemical laced water. Like any other child Vwaishhnnavi is a symbol of LOVE & AFFECTION. She is my only worldly treasure. I neither posses not property nor wealth. And I dedicate my only "treasure" for the cause of this suppressed community. I embrace the brave mother of this child for her determination, courage and commitment shown towards the struggle.

Vwaishhnnavi and many others of her age would brave the message of purity, truth, sincerity, and unselfishness for the sake of the future Indian generation.

May I invite all Malaysians irrespective of colour and creed to join us in this symbolic gesture to seek Justice for a marginalized community neglected, unattended forgotten for 50 years. Let us all declare Friday the 15th Feb a National Prayer Day for the Almighty to grand wisdom to leaders of our country to allow our future generation to express their message of Peace & Justice.

Let us all pray that the Prime Minister who claims that he has big ears to listen to grouses of all communities allow this child any many others including us to whisper the message of LOVE AND JUSTICE through the ROSES.

What else have we got?....the hunger strike did not seem to elicit any sympathy from the government!

Here's the lyrics to Bon Jovi's "Livin on a Prayer"

Once upon a time
Not so long ago

Tommy used to work on the docks
Unions been on strike
He’s down on his luck...its tough, so tough
Gina works the diner all day
Working for her man, she brings home her pay
For love - for love

Tommy’s got his six string in hock
Now he’s holding in what he used
To make it talk - so tough, its tough
Gina dreams of running away
When she cries in the night
Tommy whispers baby its okay, someday

We shall be deadly shocked if even one of the 2 absolutely confirmed recalcitrant not yet confirmed criminal "vips" meet the poor helpless messenger girl & co and startled beyond belief even if one acknowledges the flowery invite.

The truth is as they say not too hard to find and utter disappointment not too difficult to accept still we must for the sake of our own emotional state of sane health for the remainder of our wretched lives and so we wait with bated breath for the final countdown...

You are fighting a losing battle. Msia is gone.

Anon9.39. How did you conclude that I am fighting a battle? anyway, if I am really fighting a battle I would not include you in my rank as you are pure negativity...."losing battle....M'sia is gone"...if we are losing the battle it is because of creatures like you who warm their behinds and criticise from a distance!...trademarks of a coward, afraid to get into the fray...safer under mummy's skirt. I never like to say this to a fellow Malaysian(?) but the truth needs to be told. Please do not join us in our battle for change....the hokkiens will say "don't tin teh"...you might get into the way and then you may get zapped under "friendly fire" like now. Quick, run for your life....see mummy is already lifting her protective skirt,sarong or sari. Be safe ok but we will fight your battles!

Yes, please fight on my behalf. If you win, I guess I will enjoy the perks like lower fuel price and more freedom etc. But if you lose, I put in a good word to your mama that you are a hero etc etc.

In the meantime, I am going to catch a nice movie tonight.

Have fun fighting for my future, dude.

Anon8:42pm....fat chance i will fight your battle when you catch a nice movie. I fight no battle for cowards and wimps. Mama is 88 years old and dont need no worm to tell her that her son is a hero. She knews that as a mother of a son who saved two kids from drowning at the mountain stream called Burmese Pool in Taiping. and that son of hers was just 12 years old. You think you are capable of saving your children when what you think about is having others fight your battle whilst you watch a mover. How pathetic....I hate spineless maggots. I can smell you....so if you come in again, just be forewarned that your odour is quite easy to detect.You seleep well? Do you?