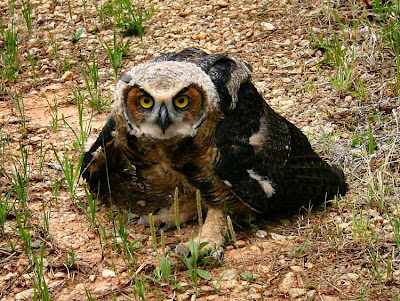 I was at my usual Tuesday hangout with bloggers HardT, the Shanghai Fish, Tony Mcgyver Yew, another soon-to-be-blogger cycling fanatic, and S B Loy. We were malting and playing a new scrabble game with numbered cards when out of the blue (nope) out of the night Hantu flew in and impolitely asked: "one single, no water, one ice cube please Loy." I raised my hand in admonition and corrected him: "In future SB Loy, please....go confirm this with Deputy PM if you feel uneasy." He downed his single and whilst waiting for his second single,he slipped me this report which I produce verbatim in its unexpurgated whole:

CLEARLY, NOT A CHAMELEON

The occasion, called Malam Karyawan (Cultural Night), appeared to be a distraction from the serious business of campaigning for the fast approaching general election. Rumours of Parliament’s imminent dissolution were rife as about 160 scribes gathered at the esthetically pleasing Malay kampong-style house of the secretary general of Parti Keadilan Rakyat, Tan Sri Khalid Ibrahim, in on the evening of February 12. They were there to meet PKR’s de facto leader, Datuk Seri Anwar Ibrahim, to possibly hear his take on the state of cultural affairs in the country.

Literati are notoriously reluctant when it comes to endorsing politicians and their policies, looking at the art of the possible as the potential graveyard of the esthetic. But the crowd that turned up, through the content and fervour of the pantuns they recited, was clearly on the side of perubahan – change in the political culture of , a culture their pantuns had decried in verses that lilted from amusement to disdain.

After a dinner of satay and mee jawa and after a spate of rousing pantuns was recited, it was time for the man whom they had come to meet to speak. Anwar has different oratorical styles for the various audiences he encounters. He chose the thoughtful, reflective style for this one, in studied contrast to the vibrant, even fiery, tenor of the pantun reciters.

The content of Anwar’s speeches varies but little, whether he is addressing the sparsely educated or members of the intelligentsia. The content is essentially the decline and fall of , rendered in simple, staccato style when addressing simple folk; in fluent, flowing language when speaking to the educated.

Is there any inconsistency in policy when he addresses mono-racial audiences, such as the overwhelmingly Malay one that attended Malam Karyawan? By way of his reply to two queries posed by his audience an inference about consistency or its lack can be made.

Anwar was asked about his proposal to abolish the New Economic Policy and about his attitude to the importance of Bahasa Kebangsaan. The questioners were concerned about what NEP abolishment would do to the poor, especially Malay poor, who are still languishing. They were also concerned about the contaminated Malay that passes as the language of discourse on radio and television, the evening’s attendees being purists who suffer great mortification when Bahasa Rojak is aired.

Showing a deft hand at intuiting his audience’s fears, Anwar said that wanting to abolish the NEP did not mean that PKR were insensitive to the plight of the poor or their need of government help to escape the trap of poverty. He said NEP abolishment would pave the way for channeling aid swiftly and directly to those in dire need without regard to race or religion.

He said after 50 years of Merdeka, the existence of hardcore poor was a stain on a nation as resource rich as . He said that was why PKR would use Petronas’ swelling profits to reduce the price of petrol and finance free education from primary to university level.

On Bahasa Kebangsaan, Anwar said he would promote it to the extent that Malaysians educated in their mother tongue would be required to be competent in reading and writing Malay as a matter of priority. He said he was all for the preservation of the purity of Bahasa Kebangsaan against the depredations of politicians and others who think slovenly and speak and write just as badly. He said nothing could raise the quality of language better than critical and constructive thought and lucid and elegant expression.

The crowd had come for some soundings on the state of culture and must have left gratified that the Pied Piper of change does not blow tunes that vary with the crowds he encounters. One voice speaks and one spirit prompts.

This bird is cool!

The above comment was an attempt to sell a product. I still have faith in our pasar malam.

Loy is SB for SB