ITS FINAL. ITS GONNA BE GUNS N ROSES THIS SATURDAY! 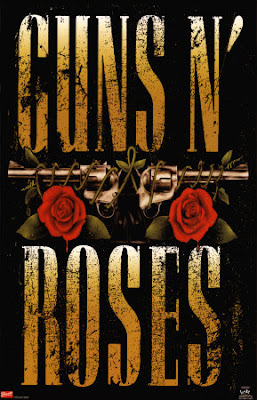 Yes, it was announced with finality. The March of the Yellow and Red Roses this Saturday will be a GUNS N ROSES March. The police has not given a permit as it would cause congestion in the tourist vicinity. what better image to project to the world thru the eyes of the tourists than to see children bearing roses for the Prime Minister and flanked and protected by our Royal Malayian Police? I hope my old friend Adnan will make capital of this event. Human Rights champions Suhakam is silent about this, so Minister of Tourism Adnan should lead the children. It will be a spectacle unmatched anywhere in the world. Think about this....forget about your friend Lingam....he is about fried. 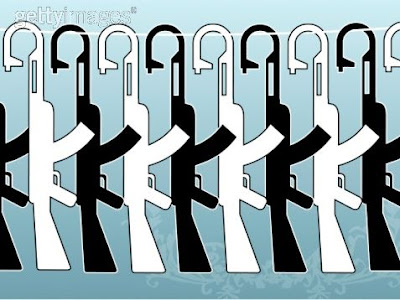 Of late, our Polis di-raja Malaysia has lost their moral compass as protector of the people. They have allowed crime to escalate with abandon.....murderers and corporate crooks have been let off by a tainted disgraceful judiciary....snatch-thieves are having a field-day....and Nanie is still missing.
BUT I STILL BELIEVE THAT OUR POLICE IS UNLIKE THE CHINESE PEOPLE'S ARMY WHO MOWED DOWN THEIR OWN PEOPLE IN TIANAMAN SQUARE.
On Saturday 16 February the Police Force will take a break looking for Nanie and will be there in full force, water-canon trucks, tear-gas guns, helicopters and trucks (to ferry children after the event for lunch?)and not forgetting the battle-padded FRU.....but this time they will use their shield to shield the children.....and those bearing firearms will direct their guns somewhere else....
NOT POSSIBLE. I SAY, WHY NOT? GIVE THEM SOME CREDIT.....THEY TOO HAVE CHILDREN. YES?

"YOU JUST BETTER START SNIFFIN' YOUR OWN
RANK SUBJUGATION JACK 'CAUSE IT'S JUST
YOU AGAINST YOUR TATTERED LIBIDO, THE BANK
AND THE MORTICIAN, FOREVER MAN AND IT
WOULDN'T BE LUCK IF YOU COULD GET OUT OF
LIFE ALIVE"

Meanwhile, Manickagasagam expressed disappointment with the permit rejection and vowed to file an appeal tomorrow.

He said the police had no reason to deny the permit as Hindraf had arranged for 100 marshals to maintain order during the event and that there would be less traffic on Saturday.

"We’re only asking for two hours (to gather). There would be no banners, no speeches, only roses. There is no reason for them to deny our right to assemble," he said.

He also expressed hope that the premier, or at least a representative, would be at Parliament this Saturday to receive the roses.

He added that he believes that the police would obtain a court order barring people from gathering, but stressed that Hindraf was prepared for any eventuality.

Manickavasagam also did not discount the possibility of switching venue at the eleventh hour if necessary.

SEE YOU THEN ON SATURDAY TO HELP OUR POLICE PROTECT OUR CHILDREN.
PEACE TO ALL.

How low can they go?? Using kids as a shield. Spare their innocence please. And carrying roses? Do you expect someone as **** as the Prime Minister to understand the symbolism?

I am far from being a supporter of the government and Pak Lah but think of late the fight for the cause has become too wishy washy.

Hate the thought of kids being used...but thats another thing.

As parliament has been dissolved, there is no more PM...therefore this is in vain. Sleeping Beauty can always say that he cannot be there in capacity as PM due to dissolution.