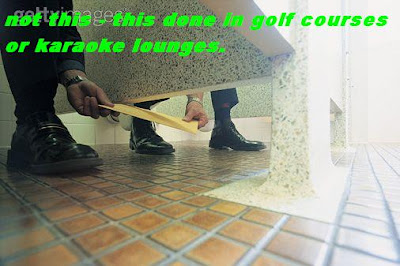 I don't believe the Mainstream Medias will be enthusiastic about filing this type of story. I am posting this report from the SUN for the benefit of readers outside Selangor and KL where the SUN does not shine YET(?):

PETALING JAYA (Dec 9, 2008): Malaysian business people are highly critical of the government's efforts to fight corruption compared with those in other Asia Pacific countries.

The business community also believes that their own companies are highly involved in corrupt practices in and the region, while political parties were singled out as the most corrupt institutions in the Asia Pacific region with a BPI of 3.6. 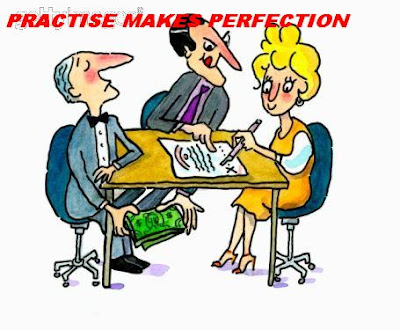 The outcome of the survey is similar to the results in the Global Corruption Barometer 2007, said Transparency International-Malaysia (TI-M) president Tan Sri Ramon Navaratnam.

"TI believes that while most of the world's wealthiest countries already subscribe to a ban on foreign bribery, under the Organisation for Economic Corporations and Development Anti-bribery Convention, there is little awareness of the convention among the senior business executives interviewed in the BPI."

"Therefore it is crucial that governments go beyond speeches and proclamations, and show greater dedication to combat bribery and corruption in spite of great resistance by self-serving pressure groups whose main interest is to benefit themselves even at the expense of civil society."

"Governments have to ensure that foreign bribery should be stopped at source and make good on commitments to prevent and prosecute such practices." 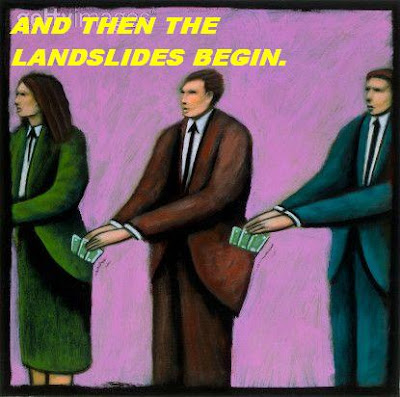 Ramon said TI-M believes that the Malaysian Anti-Corruption Commission (MACC) Bill and two other bills to be tabled by the government in this parliamentary session will help improve poor public perception at home and abroad - that has a mediocre score and success in fighting corruption.

"It is important that all MPs support the bills and improve them during the second reading and pass them with maximum parliamentary and public support,," he said. 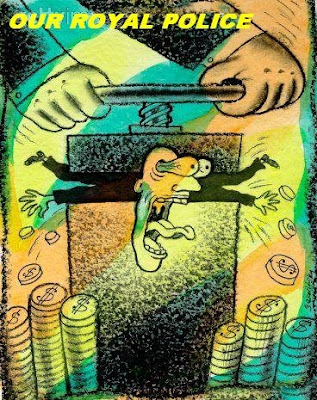 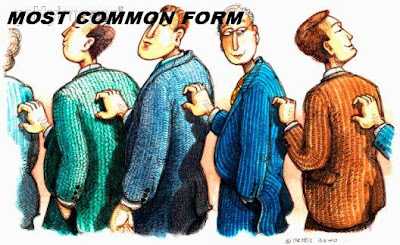 Practices prevalent among companies from their own countries, when operating in their own continent or region

Use of personal and familiar relationships on public contracting
: 44% of 93 respondents
Asia Pacific: 44% of 762 respondents
Average: 42% of 2,401 respondents

(Please relegate the judiciary to any section you deem appropriate)


WILL THIS BE ANOTHER REPORT DESTINED FOR (NFI) NO FURTHER ACTION?

everybody seems more interested in combating public perception, rather than take stern measures to get rid of the 'real' problem.

Ah, sdr bernard K, an excelent job of desiminating and enhancement-CPI can help thee further this cause eh! Cheers,matey, make sur you ride your steed into the sunrise!:) --Desi

that's how the government effort in fighting corruption.

So why are we all not surprised by the survey? The rating correspond with our earlier perception. Now we know why the police is so ineffective when it comes to fighting crimes. They and the politicians are one of a kind. Look at the way they harass anyone who are seen as opposition to the government. Unless you are from Umno especially the youth section, don't even bother with making a police report because nothing will happen. It's time the police chief is sacked.

You burn the midnight oil for education huh!

This is not an eye-opener nor is it eye-popping but it is educational!

In Bolehland, the UMNO-BN mongrels are not the solution to tackle headon on the vastly practice of this shameful act of corruption but, the main problem.
Corruption is second nature to most UMNOputeras from the top of the ladder to the bottom. Obviously, not forgetting the beggars from MCA, MIC and
Gerakan.
How could one expects to rid of corruption in this country which is deeply rooted? The answer is simple, change the disgraceful present govt. There is no guaranteed that a newly elected govt, will not walk the same path...at least, there is a better chance for change.

They didn't care for any lives, these so called corrupted government servants. They give you a hoe to dig up your wife's body if you do not pay them on the spot.

Just like when you're house is burning, the firemen will tell you they cannot find the water source.

Or when you walk in the police station, they will first ask you which race is the aggressor or the victim. If you mention race of their choice, get ready for hell! If not related to their race, whoever puts the money on the table first, gets the protection.

"This is only a perception and the general public should not be fooled by the do-no-gooders TI and those who participated in the survey. Where is their loyalty to the nation? They should only say such things behind closed doors and highlight only the good things to the world so that more tourists will come here.

Anyway, there were only about 90 unhappy people or so who participated in the demonstration oooops sorry, survey and the other 26 million people do not agree with them and are extremely happy, well-fed and contended. So this survey is totally unreliable and depended on these few miscreant who were specifically chosen to say so. Just wait till I take over and I might teach them a lesson or two on how to continue to strengthen the party and country.

Furthermore, I have also instructed the PIG to issue a similar statement of denial to confirm that all his policemen are saints in the mold of Mother Teresa. So don't listen and read all this lies.

We are still better off than Hong Kong, Singapore, Japan and Australia. Ghana even. So there!!!

Even without your article today, the public already perceives all these and more. This is so achingly sad cos we are blessed with much natural resources but unfortunately we are also 'blessed'
with abundant moronic, corrupt leaders.

This is not new info. This is info to guarantee them a place in the hall of shame and possibly a place in your Fart Chamber!
There is corruption on every level...
To get approval for house CF, pay the inspector.
To pass driving test first time, pay the tester (otherwise take the test another 3 times before you can pass).
To get prompt custom clearance for imported goods, pay the officer...
and the list goes on.
Each one of us cross path with corruption, one way or another.
It has become the Malaysian way of life.

A very good write-up and statistical study from The Sun.

I always believe that there is a balance between good and bad, order and chaos..
but in the end Truth Always Prevails!

The problem is there are not enough of THE SUN in circulation anywhere!

This is the one newspaper that I constantly look for. Perhaps, they could charge a nominal price to get more in circulation.

In Malaysia, there is no corruptions ever!

We only have money politics...and now, money business (or funny business).

Don't believe me?....Go and ask our head of security or our "leaders"!

You can sleep peacefully at night right?
It's the police who earn a pittance who is safeguarding you and your property.
Bless be to god that you can demonize the government, Umno and the Malays and you get away with it.
If you live in China, I don't think so.
Count your blessings.

You are evidently not a regular reader of my blog. If you are you would not have forgotten the post where I said that I support my mata-mata because of their poor pay and their being a moving target in the streets, compared with the other branches of the Armed Forces.

Let me tell you what I do when stopped by a cop after I have committed an infringement. When I am in the wrong, I ask for a summon. If the cop gives me the summon without those "selesai" moves, I always give them Rm10 or
sometimes even RM20. When they refuse I insist that I am giving it because of their honesty (in not hedging for a settlement.) They always accept my gift when they understand my intention.

I take exception to your comment that I am demonising the police and the Malays. Read my post where I called a Chinese inspector during a candlelight vigil, a Chink Bastard.

I have many good friends in UMNO but they complain of being impotent because the seniors feel threatened when these young UMNO guys speak their minds.

The BN govt has been in power for half a century.....are you proud of what we have "achieved"? Crime, corruption, and non-accountability are on the rise.

I appreciate comments against me, but if you come in and read too many things into my post it just reflects what you already have in mind when you read my posting. I think you are more capable of fair comment, if you want to. But it is difficult when you already are imprisoned by mindsets.

And Idzan, the bribes taken by the private and coporal is chicken-feed compared to what the higher-ups rake in. You pay peanuts you get monkeys. I have always wanted a minimum wage for workers and an increase in pay for the cops.


Thanks for posting your comments, Idzan.

imagine team of traffic cops settting a speed trap on 6 lane carriageway in bukit kiara with 80km speed limit. and they time you on the way sloping down. sorry, its not an imagination. its being done almost every week. this to catch speedsters? or to "selesai" matters?
the cops should know better, zorro. still wonder why there is still a shortage of cops to combat crimes? i rest my case, zorro.

instead of helping, they looted. what was the response from the stupid Khalid. It was callous! and is this the type of police chief this country has? guess, same as the freaking IGP.