MAKE THIS A DIFFERENT CHRISTMAS 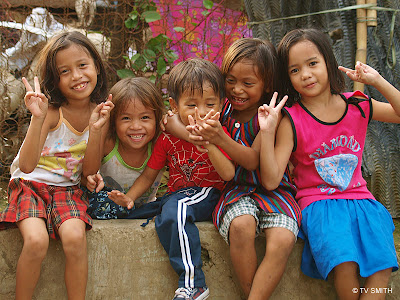 THESE ARE THE CHILDREN OF PAYATAS

The landfill in Payatas, The Philippines, is notoriously known the world over as Smokey Mountain. For over 35 years, the smoking dump site has grown to become a stark and heart-tugging reminder of the desperate conditions of humanity. On a daily basis, children pick through newly arrived garbage to collect material to sell. The earnings made by one child are not enough to even buy food for the day. Hence, entire families are forced to climb the mountain each day, hoping to earn enough to feed everyone. Children as young as four years old are forced to work in this daily struggle for survival.

Please visit Christmas For Payatas for more info and to make a donation. Every bit counts.

Somehow, i cant load the page. Will try in a while and chip in what i can.

This dato' bendahara guy is getting too much... his latest posting, I quote;

''Zorro-unmasked would continue to worship Anwar no matter what, he is one of the many senile individuals in the blogosphere''

too much right? I hope you give him some public lashing. He bashed Raja Petra, and Pete stayed silent... someone should say something... please teach this bugger a damn lesson!

Uncle Bernard,
Anything wrong with Malaysia-Today?
Was not able to get access for past 2 days.

Richard, not to worry. I know where these guys with manufactured names come from. These guys were not born the normal way, the came out thru the other hole...and what comes out from there is just u-know-what. Don't we all ignore a pile of shit. Pete and I just ignore him...just like we ignore "waste". Thanks for your concern though. Cheers.

RPK sent his army into that Dato' Bendahara's blog, and he probably got messed up big time...

hey,...zorro... send your army in.. I doubt he'll survive the second round!