KICK HIM OUT OF SELANGOR' 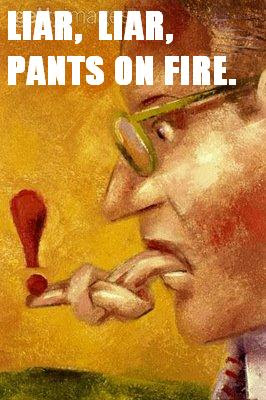 PEOPLE'S PARLIAMENT has initiated a petition addressed to
THE SULTAN OF SELANGOR
to remove the Selangor CPO from Selangor. 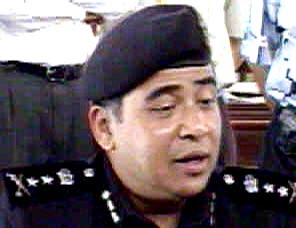 Our kids will be safer, our cyclists can cycle, we can sing the National Anthem without being arrested, we are free to wear the Tee Shirts of our choice, and we can light our candles. 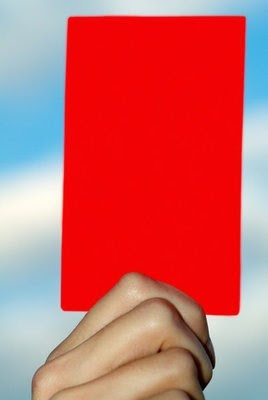 Show him the RED CARD.
Sign the petition HERE
Posted by zorro at 1:33 PM

Good idea. One can't help getting the feeling that this is one officer who is trying very hard to be the next IGP.

Does signing these petitions do anything, I have been signing petitions but i dont see any results come from it.....sigh

Hey orang lama heard the latest,now the liar says he was instructed by the sultan to act against jerit.

If he gets kicked out of Selangor, we pray that he does not get kicked out to our state! He said the children were tortured - is it torture of exercise? Probably, it is torture for him as he seems the laid back type who does not exercise! Cycling is fun, the more you cycle the more kilometres you can make!

He does want to be IGP. But he is not competent to be one.

High Highness should declare him persona non grata in Selangor.

This mata-mata is one "sickening asshole", I just can't think of a better word! Sorry.

Sultan Sharafuddin Idris Shah Al-Haj of Selangor is allegedly unhappy that children in the country are being exploited by irresponsible people out to further their own causes.
MCPX

Selangor police chief Khalid Abu Bakar today said that before Sultan Sharafuddin left for an overseas trip two days ago, the two men had a meeting in which the sultan had urged Khalid to take stern action against those who exploited children into taking part in certain activities.

sultan selangor sharafuddin idris shah 210508"The sultan told me he was really disappointed that some irresponsible quarters had recently used children to legitimise their struggles," said Khalid, without referring to anyone in particular.

"He also instructed me to take stern action against these people and we will do so according to the law," Khalid told a press conference in Subang Jaya this morning.

So how now? still think that your cause is supported by the Sultan?

Arrest the children cyclist to protect them? (This sounds familiar - arrest the reporter under ISA to protect her!)

Ha ha ha, an idiot always think that he is very smart and others are stupid.

a typical coward masking in uniform.

in fascist countries coward cops like him are aplenty ... ruthless and mindlessly stupid, incapable of abiding by the code of ethics.

there is no place for a stupid cop like him - KICK HIM OUT.

Hey, didn't he just get a pingat or something? He's untouchable.

The Sultan just loves this guy. Wonder why.

I am still wondering why he was awarded by HRH Sultan Selangor recently. This is one bad cop who invites people to curse and piss on him.

seems like he can do whatever he likes to do.

This lying 'son of a bitch', is now crying for help from the Sultan, to sing his distorted statement of youngsters being influenced by so called bad elements. Khalid, be a man and stand up to your false accusation.
Sadly, Umno goons only recognizes the services of asses and liars. Yes, it is obvious, he is trying very hard to get the IGP post...which will surprise no one. If we use Botak the notorious HM, we cannot be very wrong!

On the contrary .... if we're bent on kicking people out of selangor state, why kick out someone who by virtue of ancesteral origination is deemed owners of these lands. Lets kick out the greedy, vice-loving, monopolistic, statue-worshipping, pig-easting, dirty pendatangs shall we? This way we solve 90% os the state's financial & social problems.

Since this cpo is acting more like an anti nationalistic samseng than a real patriotic policeman, why not banish this samseng just like what the other samsengs punished with? The policemen duty is to protect the rakyat whatever their political affiliation? Anti corrupt police!

Are we living in a country with gestapo (police malaysia) with its tuan nazi supermacist (umno). Thanks God, these rascals will fall soon just like the nazis!

Perhaps, you should know the true meaning of the word ancestral before using it. It is a shameless asshole like you who sees history the way you want it. Sorry, kampong boy, you are on the wrong track....

Looks like you incorrigible oldies are having a fun time attending vigils and signing petitions !

Pause for a moment before you get carried away again...does it do anybody any good so far, other than a kiddie gathering and a fun carnival outing for bored people?

Why get the Sultan involved , isn't he another leech ?

So far what has our impotent royalty done except eat well and play well & sleep good ? While you guys and gals waste your time ?

If you say carry guns , we will be there ! coz we are adults & we need to do adult things !

Do concrete things and stop this nonsense ! It is time to grow up !

Anon 5:45pm...why do you waste time reading this blog....time to grow up somewhere else pup.

Now the Sultan will be the 'bad boy' because he disagrees with the use of children at pickets.

Therefore, it is advisable to send all memorandums by AR REGISTERED POST.

On the contrary, we should name the chinese as peneroka, they datang and developed the state. If you kick out the chinese, you will kick out >90% finances & developments from the state, so for those not kicked out, worst financial & social problems cos you will live your life like orang hutan/sakai!
Any moron can criticise and complain but it takes character and wisdom to be understanding and accomodating!! Angry KL

this CPO is lying for not telling the truth. Because he don't know much he pretended to know alot. Shame on you CPO. CPO means Crude Palm Oil. Crude is something very raw, not being processed, not refined. So you are not the fineness, not the best product of the force.
Keep lying. Because we know you are NOT the best.