ITS ANOTHER ROUND OF CYA. 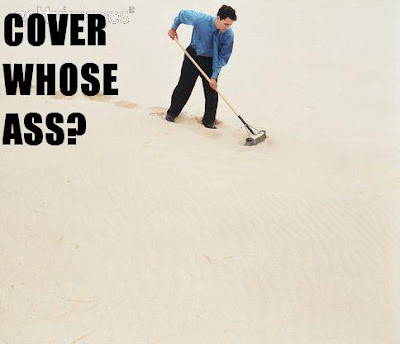 IS IT BECAUSE FOOTPRINTS WILL LEAD TO .....

Menteri Besar Tan Sri Abdul Khalid said that JKR had previously agreed to provide the report to the state government to allow him to make an announcement on the status of the housing area in Bukit Antarabangsa.

"But the JKR has informed today that it will not be providing the report. This is puzzling and regrettable as it would make it difficult for the state to make a decision on behalf the victims," he said.

Selangor state exco member Elizabeth Wong said that JKR had pledged to send the report to the state government during a closed-door meeting with affected residents and families of the deceased on Dec 14.

She said that it was disappointing that the state was informed today that a ministerial order has been given to deny the Selangor government of this initial assessment report today.

Housing and Local Government Minister Ong Ka Chuan said there were no indications of human negligence as the cause of the incident.

Hey Ka Chuan, after bathing the toddler, you forgot to throw away the water. The toddler comes back to retrieve his yellow plastic duck, falls over and drowns. NO INDICATION of human negligence?

EVEN OUR MOST CROOKEDLY TAINTED JUDGE WILL HANG YOU FOR NEGLIGENCE.
YOU DON'T BELIEVE ME?
TRY IT! 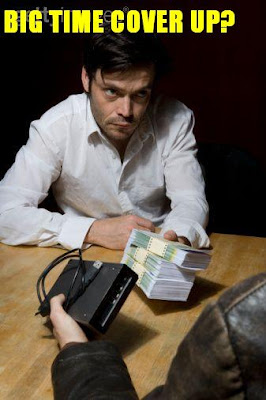 OR IS IT C.Y.A
COVER YOUR ASS
SEASON?

OF COURSE, THE PEOPLE OF KUALA TRENGGANU WILL HEAR NO END OF THIS.

Damn it! You call this a caring government? F**k them!

All out the window and into the drain.

Remember the "Work with me bullshit?". The rakyat told him "Up your arse" on March 8.

Now its "Cover-up our arses".

OKC, like the Chinese say, has a simple mind!

This people better get with the program. Four individuals paid with the life's - four unnecessary death and still the pussy footing that is going around with JKR, Ministry and Federal Govt.

We must stand up to say NO. NO MORE SHITTING ON THE PUBLIC. Their negligence have caused death and brought misery to families. And how are adjusters able to ascertain payout to those who have lost their home if full disclosure is not in accordance.

Say NO and demand FULL ACCOUNTABILITY.

if the fucking head of PWD wants to engage in politics, just resign and join UMNO. Nobody aint gonna stop you. but as long as we deprived taxpayers gotta pay your salary, just do your fucking job. if you cant understand simple thing as accountability and responsibility, just get lost. BN cant save your arse, ok.

It is a very caring govt! Great care was taken to "protect" the crooks,thieves,murderer,killers,rapist,liars,cronies etc etc.

Good luck and best wishes to all PR campaigners , KT voters and to PAS / PR candidate in this coming KT by-election.

BOTH BN AND PR ARE THE SAME! NOTHING DIFFERENT!

SICK IN THE HE AD. I WONDER WHETHER THESE PEOPLE REALLY HAVE CONSCIENCE IN THE FIRST PLACE. WHY MUST ANWAR BE THE NEXT PRIME MINISTER?

ARENT PEOPLE GETTING SICK AND TIRED OF THE SO CALLED GOVERNMENT IN THE MAKING? PLEASE, DO TELL US OF YOUR MAKE BELIEVES AS I PERSONALLY DO NOT BELIEVE IN PAKATAN RAKYAT ANYMORE.

AS CORRUPTED AS BN IS, I THINK PAKATAN IS ALSO CORRUPTED, ESPECIALLY THOSE FROM PARTI KEADILAN RAKYAT