TO SYDNEY-SIDERS JOHN & JIM kHOO, THANKS FOR STANDING WITH US. 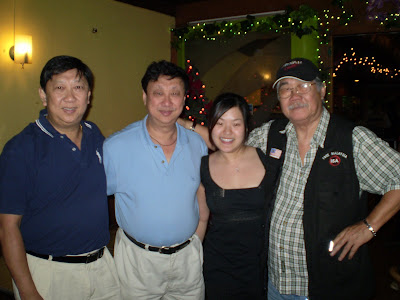 TO BROTHERS JIM & JOHN KHOO, THIS POST IS FONDLY DEDICATED.

John Khoo (Sydney) enroute to the US stopped over in KL to make it for last week's vigil. He came with chocolates for this little angel (below). However this little angel must be on holiday, so the chocs were distributed to the other kids and other not so little kids. I forced my share onto an SB guy who sat beside me. He was shy at first, but eventually relented after my friendly persuasion. These guys are ok....just doing their job, yes?

John stayed back for the 12th vigil and Jim also from Sydney joined us. 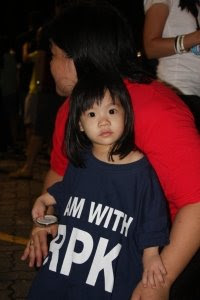 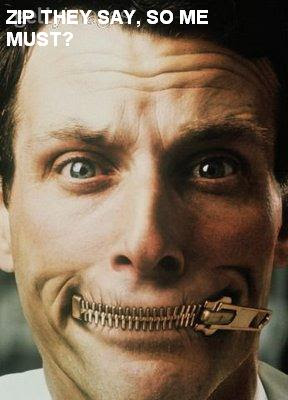 YES, that's how it was at the 12th NO-TO-ISA vigil....WE HAD NO PERMISSION TO SPEAK! Yessiree, you heard it right. We NEED permission to speak. Period. 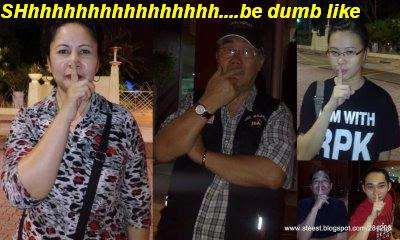 Earlier on the only entrance to the venue was on Jalan Yong Shook Lin, and entrance to it was blocked by police squad cars, cones, water-cannon truck, thus delaying my attendance by some 15 minutes. When I arrived I was informed that the minute silence was observed for the late Yam Tuan of NS. Then it was announced (without the mike, although it was set up) that since no permission was granted for the assembly, no speeches were allowed and those who felt unsafe could leave with our blessings. Dang, the holy rod of Moses that parted the sea for safe passage would not have helped because NOBODY WANTED TO LEAVE! (not even those who came with their kids).

So for the next half hour we grinned, exchange niceties, made artificial small talk whilst the Government Agents had a field day snapping away to fill their file of errant citizens. I took offense and registered my offence at a lady SB photographer until she obliged to take a shot of me, post my instruction that the photo should be a close-up minus by equtorial rotundity. She giggled goatishly when I asked her to take a profile shot.

The silence was deafening and I had to speak. I congratulated the people for staying put, I thanked them for keeping the faith with us and braving the road-blocks and barricades and I asked in no so polite manner WHERE-T-F were our MPs and Aduns when we needed them most.

why the fuck did the allow 1500 to gather at a rally in Penang, of whom 400 were kids. didnt the police take the kids into custody to protect them? or this is allowed because its backed by UMNO?
oh btw didnt see Rocky condemn that the kids were manipulated as in JERIT.

Just a thought. Since the SB people were busy clicking away shots of the attendees, why don't somebody pay them back the courtesy by clicking at them and post up their pictures in blogs. That's the least we could do...you click me, I click you.

Have a good one tonight...cheers.

Actually I DID took some SB's pictures (esp the Malay female SB). Ya, we will take more next time, and start to open a file for them too!

We can also consider INTERVIEW them since this is a MESRA RAKYAT gathering and they busy walking around JOINING our event every week.

Words cannot describe the heroes who took their time to stand together with their brothers and sisters to stand for our rights in spite of threats from the government and the police. Some of them even suffer physical harm and verbal abuse from the government goons. They fought for all of us including those who cannot be there or who choose not to there. To them I say thank you and God bless.

It was a pleasure to be with all of you at the vigil. Yes, I came bearing chocolates for the little angel and was disappointed that I did not get to meet her, but more importantly I met and talked with many Anak2 Bangsa Malaysia. I was pleased to have met so many of my kin folks too, even two (Simon Khoo and his daughter, Elizabeth) from Melbourne at the 12th vigil.

All I can say is that I am proud of the solidarity of my brothers and sisters still in Malaysia and that the friendship and fellowship transcended across the oceans.