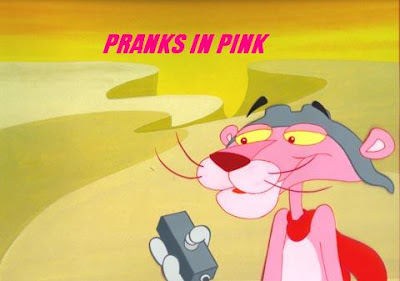 Ariff Shah anticipated he would win the Permatang Pauh parliamentary by-election by at least 5,000 votes. Anwar Ibrahim’s camp, in turn, was confident they would win, but probably by 10,000 votes or so. This would mean Anwar’s win would be lower than Dr Wan Azizah Wan Ismail’s 13,000-vote majority in the 8 March 2008 general election.

This would be a disaster. Anwar must win by a majority higher than Wan Azizah’s. And a plan was required to achieve this. They needed to pull a rabbit out of the hat. And the plan was like a plot from a spy story and executed with military precision to boot.

An operations centre was set up in a hotel about half an hour from the heart of the Permatang Pauh election campaign. The purpose was to poll the voters’ sentiments, in particular the Malay voters who made up the majority of the Permatang Pauh parliamentary constituency. What were the issues troubling the voters? What was foremost in their minds?

The thing needling the Malay voters in Permatang Pauh was as to why Anwar did not also swear on the Quran in a mosque that he did not sodomise Saiful Bukhari Azlan. Saiful had done the so and swore than Anwar did sodomise him. Why won’t Anwar do the same and swear that he did not?

The simple-minded Malay voters did not seem to realise that such a ritual is not part of Islamic teachings. One does not use the Quran and God to gain political mileage. Furthermore, if Anwar were to do so smack in the middle of an election campaign, it would be interpreted even more that Anwar is doing so merely to gain more votes. That move could backfire badly and could in fact result in some lost voters rather than help gain more.

Instead of aping Saiful, Anwar had to discredit what the young man had done and prove to the voters that the oath was all a farce and of no substance. And to do that they needed the very imam who had taken Saiful’s oath to confirm so.

Contact was made with the imam, Ramlang Porigi, who was in . The imam was suffering bouts of guilt conscience and he was troubled by the whole episode. He was an unwitting participant in what he considered a character assassination exercise. He did not know at the time they summoned him to the mosque what it was all about. He was appalled when he discovered what they were up to but he was trapped and could not get out of it. How now to rectify the injustice done to Anwar?

The imam was pleased when contact was finally made. Yes he would be very happy to spill the beans and inform the public how they set up the so-called oath-taking ceremony and the flaws in the whole exercise. And he was prepared to take centre-stage and reveal the truth.

Imam Ramlang was scheduled to make an appearance two days before polling day, the most crucial period in the by-election campaign when Umno would go all out in the dash to the finishing line. His family was spirited to safety and Ramlang went underground. Two days before the election they brought him up to in a convoy of cars and superbikes that would spring into action and whisk him away in the event they set up roadblocks and attempt to detain the imam.

The convoy arrived in at 5.00pm without incident. Ramlang was scheduled to make his first appearance at 7.00pm to address a mosque congregation. And when he did, the women in the congregation were reduced to tears and the men surged forward to hug him and shake his hand.

The exercise was a success.

Ramlang was to make his next appearance at a massive rally later that night. All the top opposition leaders plus Anwar himself would be addressing a crowd of 30,000. That would be when Anwar would garner an additional 5,000 votes and secure a majority exceeding his wife’s in the 8 March 2008 general election.

Two imams dressed in robes and turbans were brought to the rally escorted by a full complement of security personnel. They were merely decoys. The crowd surged forward, Special Branch officers amongst them. They strained their necks in trying to get a look at the imams who coolly took their time to stroll through the crowd. Everyone was trying to figure out which of the two imams was Ramlang. Ramlang, meanwhile, was smuggled in through the back, dressed in a tracksuit. Before they realised it Ramlang was on stage addressing the crowd.

As soon as he finished they whisked him away and sent him into hiding. Around midnight word got out that the order from had been given to detain Ramlang. The security boys bundled him into a car and smuggled him out of . The Special Branch scoured the whole of looking for the imam to no avail. Ramlang was safely housed in the neighbouring state far from the long arms of the men in blue from Bukit Aman. His family too had by then disappeared and the Special Branch did not know where to find them.

Security was beefed up when Ramlang made his next appearance on the eve of the by-election. They badly wanted to get their hands on him but not even a fly could penetrate the wall of security men. The Special Branch stood by helplessly as Ramlang spoke at ceramah after ceramah to set the record straight on what happened in the mosque the day Saiful swore on the Quran that Anwar had sodomised him.

Anwar won the Permatang Pauh by-election with a majority higher than the general election just months before that. Ramlang went back to Kuala Lumpur to lead his normal life again, if that was now possible in the aftermath of Anwar’s impressive win that to a large extent could be credited to what the imam revealed to the Permatang Pauh voters.

The government did not dare sack Ramlang. But they did put him in cold storage. A few days ago, when they thought that all had by now calmed down and people had forgotten the whole episode, they sent the imam a show cause letter with a view to terminate his services.

Ramlang has been given two week to justify why he should not be sacked from his government job. He had cost Umno the Permatang Pauh by-election. Anwar won with a higher majority than expected because the imam had revealed the truth. Revealing the truth is not something that a God-fearing imam should do. A good imam is supposed to serve the government, not serve God.

Ramlang does not want to resign even though he is being pressured to do so. If they want him out then they can sack him. He will accept that fate if that is what God has in store for him. All he did was to tell the truth. All he did was to reveal what really happened, which is opposite to what the government-controlled TV stations are saying. He fears God more than he fears man, as what all God-fearing imams should be like.

The government’s move to sack Imam Ramlang Porigi will just make matters worse for Umno. Instead of redeeming itself Umno will just incur the wrath of the people. God-fearing men who tell the truth are punished. Scoundrels are rewarded. That is the message Umno will send to the people.

Whilst the Pink One fights tirelessly we are aware that at every turn he is confronted with endless battles against the political gnats.....he wins some he loses a few....but in the end it will be good for all in New Malaysia.

An innocent man will not fear swearing on a Quran, and that is why Anwar fears doing it

Saiful's face-to-face confession to Najib and the series of drama related to his medical report(s) destroyed any credibility that the pretty boy had.

Rather then use common sense, Saiful decided to use his connection with God to try to save his bruise soft dignity. He made a fool of himself by trying to recruit God into his PR exercises. Surely many people found it amusing at the actions of a mortal numskull.

No man is perfect but in the case of Saiful, he might as well polymorph himself into a pink ape.

Perhaps PakLah and his henchmen should resort to similar tactics in proving their innocence. After all, they and Saiful loves to blame everyone except themselves.

Mathematical Proof that Mahathirism is Evil:

Zorro, I have observed an increase of 'alien' visitors to your blog. The work of cyber-troopers-for-hire?

Dear Zorro,
Now that the Imam has helped Anwar to victory,what is going to happen to him.His job is at stake.Will PR state govt take him,if he ever been sacked?Let us wait and see.

Peng, a timely observation. I allow them to rant and exhibit their biasness and baseness. They are comical but fail to realise that they are on the slide into stupidity as evidenced by the fact that not a single commenter supports them, as is the case of the Camel Basha, Kamal I mean.

Peng, of course Kamal will not read Zashnain's comments until he gets instructions.

Profit, I am reliably informed that he is reliably cared for.

By the way, where's saiful, the master oath-taker? The last I read, his lawyer said he will come out of hiding soon. But that was ages ago?
This swearing thing is between oneself and God. Not for public display. My faith do not allow me to swear in God's name. If I do, then I should hope to die too.

Kamal Barsha is another UMNO/MIC stormtrooper. He is another mamak aka as the 'killer' who spews venom like the snake he is. He is the resident troll in poobalan blog.

He thinks he is the reincarnation of Baasha of Kollywood movie.

JUST IGNORE HIM OR MAKE HIM PERSONNA NON GRATA in your blog.

Kamal, you would be surprised at the number of people who would lie while holding the Quran or any holy book/scripture. Human beings are capable of living in a lie, regardless of which faith they practise.

The pretty boy is merely an exhibitionist and hunger for publicity. He is more popular now then Paula Abdul in American Idol. Human beings are capable of extraordinary actions and who believe it to be right for a few photoshoot opportunities.

However I do believe Kamal is merely trying to excite Zorro's audience by posting the ridiculous views of BN-loyalty. Can't really blame Kamal as people like him live in a lie.

Dear Zorro,
For now maybe the Imam is well taken care,but for how long?Once Anwar gets whatever he wishes,then we will see that the Imam is some sort of parasite to him.

Profit....it does nt profit anyone when we make assumptions. Lets be grateful that he is taken care of now. You have my word for it. Give Anwar some credit that 6 years in jail might have made him a different man. Peace I wish you.