DANIEL ASKED: CAN WE FORGIVE THE CPO KHALID? 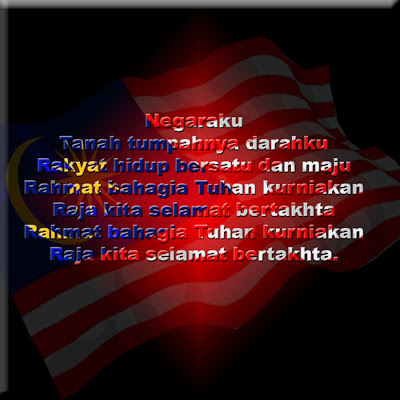 When Wee Meng Chee, aka Namewee, did a rap on Negaraku, he was investigated under the Sedition Act. Now the case is refered to the Attorney-General’s Chambers for review and see what action should be taken (here).Even the cabinet rejected an apology from the rapper, citing that they were not in the position to forgive him and that “the law would have to take its course”. “The offence was not against the Prime Minister or ministers concerned but against the nation,” said Minister in the Prime Minister’s Department Datuk Seri Mohamed Nazri Abdul Aziz.

“To not prosecute him is not ‘on’ at all because he has committed an offence against the nation and no one, not the Cabinet or political parties, are in the position to forgive him,” he said.

Wee could be charged under the Sedition Act because he had insulted the symbol of the nation, he said (here)

Good point. Drop the Namewee case and we the rakyat will let CPO Khalid off the hook - just this once.

TO BE FORGIVEN WHEN THEY REPENT

I don't know about you. You are always magnanimous in the art of forgiving. Not me. I am not in the mood to forgive those rascals "on orders" who inhumanely charged blindly, banging their chotas on their shields and screaming their bloody lungs out purely to create havoc, and mind you, while the National Anthem was still being sung. There was no warning and a time span giving for those friends of ours to disperse, and ironically, who were not "rioting" in the first place.

I could not forgive them and their 'lying boss' when I saw a Lady friend of ours who was bleeding from a cut on her nose. Not when her youngest son's elbow was bleeding from terrible scratches sustained from a bouganvillea bush in the pandemonium that ensued.

Not when many of our comrades who were running helter-skelter looking very pale, indeed. There was a lot of blood shed by innocent people, that day.

For many of us, that was our first encounter of such violence perpetrated by the very force that was supposed to and bloody paid by us, tax-payers, to Protect, Period.

As far as I am concerned, they can all go to hell. I deliberately did not post anything anywhere, including the Malaysia-Today website where I usually do, because the contents of my postings at the heights of my emotions would have been deleted for violation of posting guidlines, anyway.

Take care, Bro' for you, Bro' Haris and many others are doing just the right thing, under the circumstances. May God Bless and Protect You All, Always.

do you think they will employ gangsters to harass us this coming sunday? jugding from their previous records, it is very likely to happen, you know...

should we bring along our steering lock?

sure... if he can explain to the kids & womanfolks that nite why they were attacked while standing still to Negaraku.. while holding a peaceful gathering...

Chong ,they dont need Gangsters for you guys this Sunday . I will be on duty Sunday Night.

Yes do Forgive them.

Syabas to all Peacemakers.

Agent: to protect us? I am grateful.

On the contrary zorro,afraid not.But i suggest you get the state to open pj civic centre grounds for you guys.Nobody will say no to Khalid's request for a permit.