WILL THE CHINESE PUNISH CHUA SOI LEK IN TENANG? 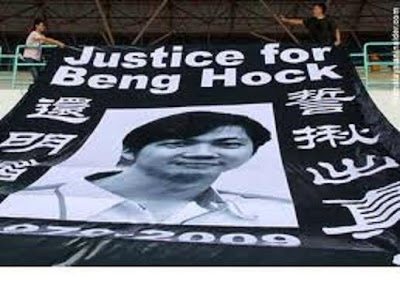 Beng Hock is dead. He did not commit suicide! He was not murdered! Maybe the RCI should inquire on HOW THEN DID HE DIE! 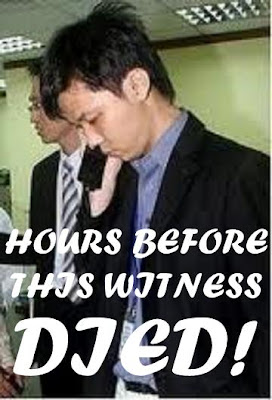 But CHUA SOI LEK, the anointed lord protector of the MCA Chinese and the self-confessed sexual deviant agrees with a suspect PM that the Royal Commission of Inquiry should only investigate if TBH’s human rights have been violated. HE kowtowed to NAJIB and licked his shoes like a common cur. 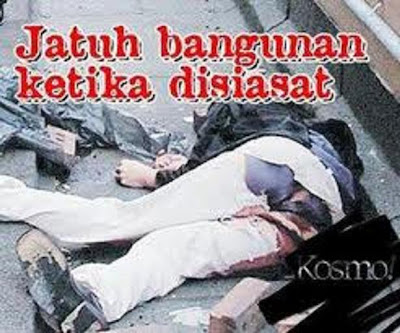 We do not need the RCI to inquire if TBH’s rights have been violated. SUHAKAM can do that in 5 minutes. Let’s save the money to be incurred with this royal commission for some other ROYAL projects!! 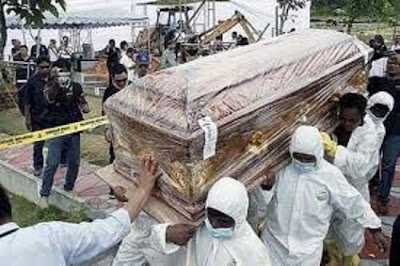 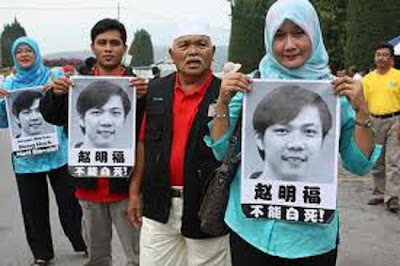 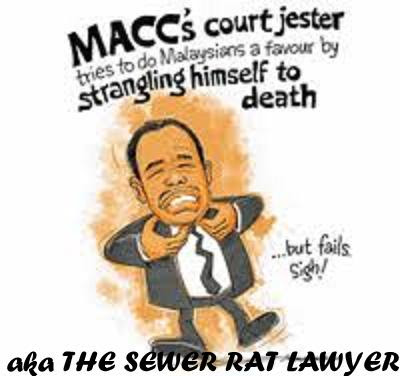 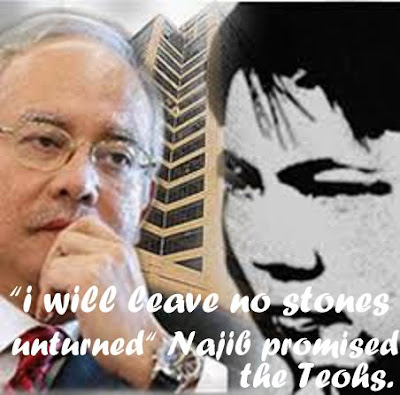 IF CHUA SOI LEK REFUSES TO GIVE SOME SEMBLANCE OF AVENGING THE NEEDLESS DEATH OF TEOH BENG HOCK, THE CHINESE IN TENANG WILL PUNISH HIM. THAT IS THE LEAST WE CAN EXPECT OF THE CHINESE IN LABIS. 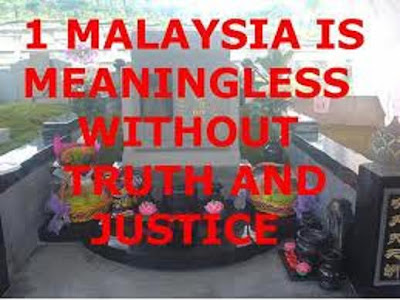 WHAT OTHERS THINK:
Posted by zorro at 2:10 PM

What will Ling Liong Sik and his son do? Labis is their homeground?

1) Ling Liong Sik & son's homeground is NOT Labis. Their homeground is Sitiawan or perhaps these day is the DECANTER group of restaurant.

3) There's no point of the Chinese in Tenang to blame Chua Soi Lek becos' everybody knew Soi Lek have got NOTHING to do with TBH death.

I find is rather depressing to harp upon racial line.It is about justice and nothing to do with chinese or punishing chinese based party.
I have been observing the trend in malaysia and the time for divine intervention is at hand.The agents of choas who are none others than our politicians will be exposed and people will wake up to retire them off.Onlt then will peace prevail.Who will rule then?We can go back to the proven days of the Rajas and we have one superb Raja in waiting the ever popular RPK.
If it is God's will every remote thing is possible.

Ai yah, Pak Lah also promised that he will leave no stone unturned in Altantuya's murder. We know what happened la.

NO, the Johor Chinese or any Johor voter will not punish Chua Soi Lek simply because they are a different breed of voters from the rest of Peninsular Malaysia.

They are too busy enjoying Singapore dollars to bother about issues like corruption, human right abuses etc

Your VOTE is your support (pls be responsibility to nation)

we rakyat ,do we agree with FUEL price hike, coOORUP.....AND waYER KULIT

MCA IS BANKRUPT OF TALENTS AS THEY HAVE TO ELECT A PORN ARTIST AS PRESIDENT TO REPRESENT THE PARTY HOW SHORT SIGHTED ARE THEIR DELEGATES WITH OKT'S AID WHO IS ORIGINALLY FROM TEAM A WHO JUMPED INTO THE FRAY IN THE LAST MINUTES DEPRIVED MCA OF A CLEAN AND GOOD LEADER IN ONG TEE KEAT WHO WAS FROM TEAM B. SO USE YOUR VOTES WISELY COME GE 13 TO THROW OUT THAT MCA/BN/UMNO ETC AS THEY ARE ONLY GOOD IN CORRUPTIONS AND FIND WAYS TO PROMOTE CORRUPTIONS TO ENRICH THEMSELVES, ONLY, THEY DO NOT CARE FOR THE SUFFERINGS AND DEATHS OF THE RAKYATS UNDER THE CURRENT POLICE-STATE, WHERE THERE WERE TORTURES AND DEATHS BY POLICE AND MACC MURDERERS UNDER THE POLICE AND MACC CUSTODIES. THROW THEM ALL OUT AND TAKE THOSE MURDERERS TO JUSTICE UNDER A NEW CLEAN AND UNTAINTED FEDERAL GOVERNMENT UNDER PR.

I hope the Chinese in Johor could for once put some attention to national (ie. malaysia) affairs, instead of busy making money in Singapore or busy watching MediaCorp Channel 8 dramas at home.

We need the Chinese of Johor to help us to wipe out MCA in your home turf. Please do us a favour, starting from Tenang.

This is the least you could do for Teoh Beng Hock, and for your children in the long run.

Only stupid chinese johoreans can appreciate an arsehole phorno sex fiend to be their leader and that includes its mca members.
What happen to that righteous chinese Confusius sayings? Learned, upright etc. etc...Its craps nowadays for the chings nowadays !
No wonder they bear no shame when called running dogs for those umno pukis!
Well lets sharpen our slippers when the phono stars are around in Tenang.Bush tasted it in Irag so why not in Tenang ?

Chua Soi Lek has become the running (barking) dog for UMNO. His views are all to apple polish the UMNO leaders and not in the interest of justice and fair play. His interest is not in the people of Malaysia, but in retaining his position.

Just distribute the following video clips in the form of a vcd in Tenang:

The rakyat can relate to the simple theme of good vs. evil

Is the Chinese community so bankrupt of clean and honest leaders that they have to elect a running dog of the UMNO racist warlords?

And Chua Soi Lek has returned the trust of the MCA Chinese by being the lapdog of the UMNO. Najis is thanking the Chinese community with threats of another 513. Fantastic returns for devoted loyalty!

A RIBUT[Storm] is coming soon to Tenang[calm]just like what's happening in Brisbane.

Just watch ...Bruce Lee is avenging the death of Ah Hock.These are extensively circulated in cyberspace[if you have NOT Watch it yet.

Please remember that TBH mean nothing to Johor Chinese. They are more concern with the development of the storyline of the primetime MediaCorp channel 8 drama every night at 9pm.

Bear this in mind when you do your campaining.

Zorro, you insulted sewer rats by calling that lawyer one!
And worse of all, he's from your rival school, an Edwardian!
ARGH!

Anon 2059...what cheap stunt, FREE stunt, if you don't mind. GOTCHA! Go down to the sewer to collect your reward...ding a ling.

The actual problem is the MCA – a vehicle for businessmen and opportunists to amass wealth right from the day it was formed.

We can say the MCA is the main cause of problems faced by the Malaysian Chinese today.

Funny how the last person to see TBH alive was not the focus of the trial. The last person gave contradictory public statements over news channels following the fall but certainly could shed more light.

RCI? It serves no purpose if politicians take control. Forensic CSI from all corners of the world may be better.

But what has CSL got to do with this case? He was fixed up good, yes/no? But at least he has a thick hide to admit to his prowess unlike many others.

MCA made promise but cannot deliver.

They have promised ah Niu to get back the entertainment tax from the government/Finas but now said it was not possible.

Chua Soiled Lek is an UMNO stooge. A clear example of this is when UMNO made him the chairman of Penang Port, AFTER UMNO had already decided to privatise the port to a Mamakthir crony, Syed Mokhtar. UMNO needs someone to smoothen the process, especially against a suspicious state government, and who would be more compliant than Soiled Lek ?

Chua Soiled Lek is an UMNO stooge. A clear example of this is when UMNO made him the chairman of Penang Port, AFTER UMNO had already decided to privatise the port to a Mamakthir crony, Syed Mokhtar. UMNO needs someone to smoothen the process, especially against a suspicious state government, and who would be more compliant than Soiled Lek ?

The case should be simple enuf

Police should look for motive be it suicide or murders.

Why did Altantunya die? What's the motive to get rid of her?
Motive: To silent her?

Why did TBH "throw himself off a building"?

Motive: He was so upset he "spilled the beans" on his bosses

wht beans? if that info was critical to explain his suicide, why not state what beans he spilled?

He was so Morose over that to kill himself - so those should be relly important beans.

When is the govt gonna wakey wakey up that EVERYONE from the tofu seller to my grandmother can see that both these cases just DONT make sense!

The way Selangor MACC treated TBH is a reflection of the value system the regime place on people, on opposition members, and on dissenting groups outside the ruling elites. The regime's value system is part of MACC's ideology.

The Tenang by-election is the means through which voters express their endorsements or otherwise of the regime's policies. To many people hence, the atrocity inflicted upon TBH can well happen to anyone who is not part of the Umno-led BN coalition. If you are a voter in this by-election, would you permit their conduct?

Although Najib pledged his commitment “to unravel the mystery” behind Teoh’s death in Tenang yesterday, and that “we have ways to find out the truth”, government actions in the past 18 months since Teoh’s tragic and outrageous death at the Malaysian Anti-Corruption Commission (MACC) headquarters in Shah Alam on July 16, 2009, where he had gone voluntarily to give his co-operation to the MACC as a witness and not as a suspect, had not inspired confidence that the Prime Minister would “leave no stone unturned” to uncover the whole truth about Teoh’s death.