DID THEIR LORDSHEEPS OPEN THE PANDORA'S BOX? 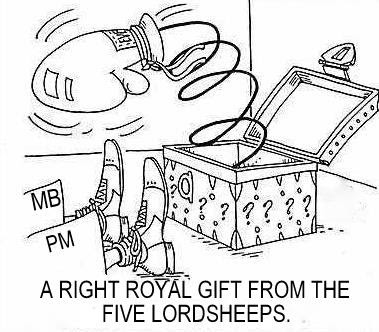 The Federal Court decision today will lead to a situation where there could be “absolute monarchy” in , claimed former menteri besar Mohammad Nizar Jamaluddin. “An illegitimate government which did not follow the rules of parliamentary democracy has been supported by the judicial institution. This is sad as it would lead to other consequences.”
.........Like what Pandora's gynaecologist found out....... 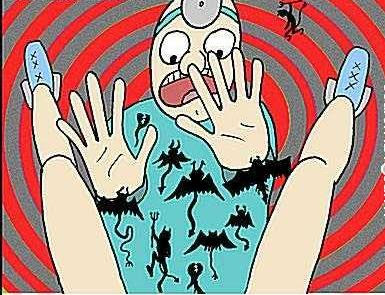 Professor Abdul Aziz Bari, constitutional law expert
It is bad news for democracy for the court has reduced the constitution - which sought to put in place a democratic government - to a mere legal document. One wonders whether judges really understood the concept of responsible government.

The court in this instance has added another case to a list of cases that go against the very idea of constitutionalism and democracy, which stand at the very heart of the constitution. It is a pity that the court took a literal and pedantic approach that throws democracy out of the window. 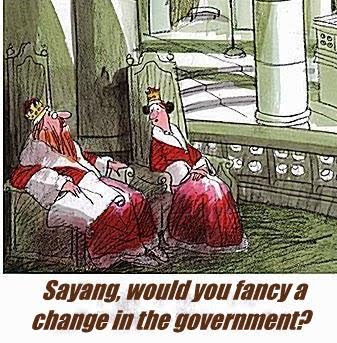 As I said before, our judges in the upper echelon of the judiciary will continue to fail the people of this country. Today, the principles governing parliamentary democracy and the rule of law have been sacrificed because they have to please the political masters.

I hope the BN leaders in the midst of their celebrations realise the significance of the ruling. It means that the monarch can refuse the appointment of a menteri besar chosen by the party in power (as in Terengganu) but now can dismiss the lawful menteri besar if he so chooses. Another black day for the country. 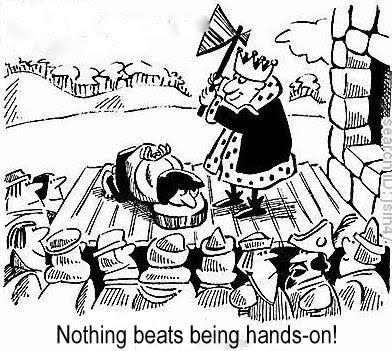 Today, let it be a lesson that we may have the numbers but acting individually, we are still weak and easily crushed. Just like they say " Lidi sebatang senang dipatah, tidak bagi lidi seberkas". It is time for the masses to regroup and find common causes that binds us together. Yes, we lose the battle but definitely we are going to win the war...
As D'nightcaller sees it HERE
DANG! Nothing like a lamb-shank to get rid of this awful taste!
Posted by zorro at 7:01 PM

Rocky and all his arse-licking Umno mates like Ahmad A. Talib will be celebrating an epiphany. But God will judge them. They will get their comeuppance one day. In the meantime, we will be praying for the day of deliverance when all evil will be rooted out. My last message to Rocky - stop using your friends for your own ends. Stop using your friends to go on walkabouts. Your time will come.

Not surprised at the verdict at all. Would have been really astonished if their lordsheeps had ruled according to the law.

As expected they gave in meekly to be sodomised by the UMNO warlords to safeguard not democracy and the constitution of the land but their greed for power and wealth.

It is one thing to know which side of the bread is buttered but to prostitute for that is tantamount to having no balls to stand for what is right and fair.

Zaid Ibrahim who????
Zorro accept your defeatlah.
If that clown Nizar won, you will change your tune.
Like your PKR boss, it's always an old dance.
I know the steps already.
Postpone, on, postpone on.
God bless Saiful. Now he received death threats.
As I said before, anyone who touches al-juburi, will be the death of him.
Black magic also in play.
But Saiful, no worries. Allah is on your side.

Ashamed,
Don't forget that Allah will also be on Anwar's side if it turns out that Saiful lied. People like you only use Allah when it's in you convenience. So don't BS ok?

Perak DUN need not be "bubarkan", instead, bubarkan SURUHAN PILIHAN RAYA! "We DON'T need any more elections in MALAYSIA" - that is what the judgment in the highest court of this land has decided today!

Our Havoxbridge judges may not fathom things like 'Pandoras' Box'. After all they still do not understand:

"No proceedings in a State Assembly may be questioned in any Court of Law!"

Anyway methinks the score is"

The game's not over yet!

The emergence of the "Fancy Dressed Men"...thanks to UMNO PM returning a favor...You kiss my Royal ass, I kiss your dick!

You upright man talk with straight tongue?
How can be, your bend more often than you stand...must be pretty painful to be spiked...right?
Sad case, in your next life ask not to be a pariah dog!

Ashamed ... so aptly named!! at least u know urself pretty well!! u still got hope if u repent & seek 4giveness for ur sins!!

it is time for BR to move fwd. like rpk says, u ain't gonna find gold looking thru the ashes. wipe ur tears dry, adjust ur attire, oh baby, we gonna net the BIG ONE alright!!

"And then let’s fvck Umno and Barisan Nasional good and proper!" yay!

wandererAUS
Being a champion of a sodomist, sure you know how to bend down and get spiked.
Pariah dog? It's you guys who support aljuburi and no respector of law.
Accept the verdict that the clown lost.
Accept the fact the jubur man is going to jail.
ACCEPT THAT PKR IS A LOSER!!!

So what's the big surprise with Zamry being declared the rightful MB? Did we expect any different truly? Lingham has already shown us the filth that soils the judicial chair.

For the Lordshi*s to rule otherwise would have been tantamount to being "disrespectful to the Sultan".

No legal leg to stand on? Fall back on Malay rights and "Royal" anything, those handy nuggets, as your 'guideline' as both as supposed to be unquestionable/ ISAable.

Fact is, these days we find both very questionable as the basis for a lot of wrongdoing.

Ashamed: Sure if Nizar had won Zorro would change his tune because it would mean that democracy had won the day.

Oh, but you're Umno so you don't understand logic.

If God blesses Saiful then he blesses those who willingly engage in sodomy. If He blesses the willingly sodomised, then why not the sodomisers?

Oh, but you're Umno so you don't understand logic.

get real folks,it is "the system".happens in all countries.the "elite" uses various manouvers to continue its merry ways.lets not target individuals or institutions.they are instruments.who knows even the politicians may be unknowingly doing the bidding of hidden hands,foreign or local,bumi or non bumi and who else

1.Lead the way Sir.Now its time for the rakyats to decide.

As bad as the decision seems, perhaps it is a blessing in disguise. If Mohd Nizar Jamludin had won, Umno wouldn't have given him or the Pakatan Rakyat team an easy life for remainder of their term. I doubt the Perak royal palace would have been very accommodating either.

All of this shows us that the most important plan of action is to capture the federal government. Then, we can amend the laws to deal with political 'frogs' and the many other problems that afflict the entire structure of democracy in Malaysia. For now, let Umno enjoy their victory. They may have won the case, but they lost the people's hearts.

As Tengku Razaleigh Hamzah put it, Umno practices a sham democracy. It is a matter of time before its house of cards drops permanently. It is also good to confirm the extent of Umno's reach, though this does not bode well for Anwar Ibrahim's sodomy trial.

The 5 clowns that decide are just a bunch of no-balls, corrupted dickheads licking the arses of their political masters.

If we do not do a LIDI like what Zorro mentioned above, then
GOODBYE AND GOODNIGHT MALAYSIA.

IT HURTS WHEN IT'S CURT

Dear Zorro,
You are POLITIKING again!!!
Why can't you and the Pembangkang Rakyat (PR)supporters accept FACTS???
How many ADUNs do PR have and how many do BN have???
The Rakyat of Perak had enough of Sandiwaras for the past year!!!
Let the Perakians decide come GE13!!!
The Good shall pervail!!!

Charlie....what's with politiking? You know who has got Zambry by the balls now.....the three independent frogs. You may term this politiking I'd say it is reality!

@charlie oscar
How many ADUN BN have that are acting out of their own free will? without undue influence? without corruption charges hanging over their heads?

Whatever happens to the corruption charges? Is this a sandiwara?

Most of you guys think everything is a joke. We are faced with serious problems of losing our money and our most brilliant to other countries.
Zorro is a bad joke. He is not intellectual enough to see the potted plants for the trees. Just Yadda, yadda yadda. Everybody who baffles the believers with BS needs to be audited. Zorro and his team included.

does Malaysia really need PRU's and PRK? Just elect their own arse-licking representative and save millions of our money.