UMNO IS UMNO, PKR IS PKR, AND NEVER THE TWAIN SHALL MEET? 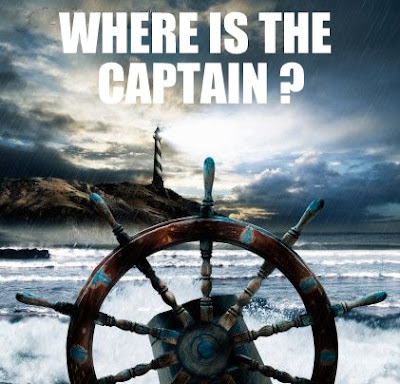 Following the humiliating Bagan Pinang defeat/debacle suffered by Pakatan Rakyat, the short answer to the question – Is PR losing steam? – is an insufferable YES.

Why? Because PR has yet to demonstrate that as a government, at least in Selangor state, it is different to BN. The verdict from Bagan Pinang’s voters was that they see no difference. So they vastly preferred a BN candidate tainted by corruption to a PR man unsullied by past misdeeds.

True, these are simplistic answers. But don’t say they are not having any effect on PR. Already the Tok Guru in Pas has reacted with a call for a division in his party between those who want to cavort with Umno and those to want to sink or swim with PR. A simple man has no need of complexities; he goes straight to the heart of the matter.

The verdict of Bagan Pinang’s voters is forcing clarity on Pas. Good thing that. Intra-mural conflict that issues in clarity of stance and certainty of action is welcome.

What effect has had Bagan Pinang on PKR? Judging from events of the last two weeks, the answer is: little or no effect. This is startling for three reasons.

One, PKR is not as ideological a party as Pas. So it should have the flexibility to react more quickly and rationally. Second, it is the lead party in the opposition coalition by dint of more MPs in Parliament, so it should get off its rear end and get going on corrective measures to take. And thirdly, Bagan Pinang suggests that in General Election 13, the voters in Sarawak and Sabah, who roundly spurned PR in GE12, are going to be immensely critical to the any aspiration PR has of taking Putrajaya; PR may gain some, lose some on the Peninsula, making how the vote goes in the Borneo states decisive to the overall outcome.

And what presently has PKR done to help the voters in the two states to shift allegiance from BN to PR?

It has chosen Baru Bian, a credible and reputable Native Customary Rights lawyer to lead PKR Sarawak. Capital decision that. Apart from a grouse or two from lesser lights in the party in , Baru appears to be the popular choice that validates PR’s rallying cry of Ketuanan Rakyat (People’s Sovereignty).

However, to lead PKR Sabah, the party has behaved like BN tends to do: picked someone who will be their proxy and softened that blow by throwing in a sop -- setting up a council on integration headed by the very person who was recommended to them to lead the PKR’s chapter.

Talk about the people finding it difficult differentiating PKR from UMNO, you have here the classic example of how similar both parties are. A snake sheds its skin, that’s all. For the question of who should lead PKR Sabah, Ketuanan KL has tromboned Ketuanan Rakyat.

Mind you, 14 of the 21 properly constituted divisions of PKR Sabah (the remaining 4 divisions suffered irregularities in their constitutive process) had endorsed Jeffrey Kitingan for leadership of the state chapter. But PKR supremo Anwar Ibrahim doesn’t want Jeffrey.

The reason for Anwar’s dislike of the PKR vice president: Jeffrey has supposedly done serious wrongs in during the time Parti Bersatu Sabah were running the state between 1985 and 1994.  This argument is only tenable if one could maintain that Anwar Ibrahim is not guilty of serious wrongs in when he was an Umno luminary between 1982 and 1998, when he was booted out of government.

You could not say that. Hence if Jeffrey is what a majority of PKR Sabah want, Jeffrey it would have to be, not least because that would validate our rallying cry -- Ketuanan Rakyat.

This would not only be the common sense thing to do, it would also be the smart choice because as anyone who has been to the Borneo states knows — it is easier for PR to do well in Sabah than in Sarawak.  Before Jeffrey put his shoulder to the PKR wheel in , the party there was weak. After he came in, the party gathered pace and momentum.

It’s difficult to find an estimable leader in who is without some skeletons in the closet. But that is the same thing you could say about any political luminary the country over.

If Anwar thinks that he has to balance a non-Muslim PKR supremo in Sarawak with a Muslim PKR No.1 in Sabah, he is showing he is captive to rather than transformative of neuroses prevalent on the peninsula, not necessarily in . He is showing that people in the Semangung are backward compared to Sabahans. Not a progressive thing, neither a forgivable move for a herald of change to be guilty of.

If he thinks that Sabah’s 50-50 population division between Muslims and non-Muslims mandates that PKR there should be led by a Muslim, he is saying that he wants to accept as a fait accompli the law-breaking infusion of people who were given instant citizenship in Sabah between the time of Tun Mustapha till now, an act of sanctioned illegitimacy, rivaling episodes of judicial misconduct in Malaysia from 1988 onwards. If he is unconcerned about the citizenship scam in , he is signaling that perhaps his conduct in the entire imbroglio is not above board.

Selective inquiry and prosecution of misdeeds is an untenable as selective blame-fixing. Like the adage about justice – it must not only be done but be seen to be done – the PR (in particular PKR)  must not only be different to BN and but also seen to be so. Otherwise more Bagan Pinangs await the oppositin coalition.

PKR is like you - rudderless.
No direction.
Good at lambasting others.
You guys can sink together.

Bernard, please read SABAH – “No way in Hell will I have Jeffrey as Chief” …betul ka ni? and write another post.

I agree with your heading...and that is why Anwar is still hoping he can rejoin UMNO.

Talk the talk and walk the walk lah.

i doubt there be any salavtion for pkr n pas..enough of all these promises ,sooner or later these hype will die off...people expect at least some cohesion some discilpine ..hassan ali klim zul , china wee..these are real virus each has their own agenda..one want to be mb, another pray he is only true muslim and last or lest, the china ah pek want revenge..if these are the loafers we have..we have once choice..call back the b n.
anwar is playing politices, as rightly said by 13million dollars guy...
executive decisions are made with courage even it take u down..that is true statemen.
those grumbling at bn n the prime minister are outdate..

definately it easier to critize..to condemn ...

i believe u have put alot of hopes and efforts into serving a noble cause..perhaps we need a reality check..it time to pack n go home

UMNO IS INDEED UMNO, WHEREAS PKR AND PAKATAN RAKYAT REPRESENT THE PEOPLE.

DUMBNO REPRESENT THE DEAD AND THE DYING LEECHES, NOTHING CAN STOP THEIR DEMISE. A MATTER OF TIME FOR PEOPLE TO WAIT & SEE.

ANYWAY, RPK 2 MONGOLIANS BABES ARE BETTER LOOKING THAN TUYA-TUYA, NO???

So easily influenced to look the other way? Read cakap cakap - commitment to see what the opposition is up against everyday. Also read No way in Hell will I have Jeffrey as Chief” …betul ka ni? before making such sweeping statements.

With all due respect sir, I understand that you, Haris and the rest of the Blue Blitz gang are champions of democracy. However, I think one must also balance that with a little of true Ketuanan Rakyat..not Ketuanan PKR Sabah Division Chiefs...perhaps you may say PKR's business is PKR's business..but Sabahans are only waiting for the opportunity to vote out Barisan with a strong viable opposition..we don't want it to be like in the mid 1980s when we jumped out of the frying pan into the fire by voting in PBS...

Sir,
A sincere and honest piece of advice..Please understand Sabahans and Sabahan politics...sometimes..just sometimes it is not entirely purely democracy. Yes..the division chiefs in PKR might be supporting Jeffrey...but no matter how much you argue the fact that any luminary politician is tainted..the majority of Sabahan Rakyat will never support this man...not only because of his tainted corrupted past...but because of his incapabilities to lead...and his trouble making antics...

Is there no one else in PKR Sabah that can lead?? What about Christina Liew? Kong Hong Ming? Or even better..some new blood??

In Sarawak you have a capable leader in Baru Bian...but in Sabah it is a different ballgame altogether..Anwar, PKR, PKR Sabah must thread very carefully..we are not like West Malaysians..politicians here think differently and have different values....

Sabahans are waiting to vote BN out that's for sure..even in GE12 if you analyze (im sure you do)..many Sabahans esp in the urban areas voted for the DAP-PKR..but PRs failure to win the seats is because PKR refused to strike a deal with the DAP.. for DAP to take the urban seats and PKR to tackle the semi-rural, rural areas..hence the split votes in at least 6-7 state seats..and 4-5 parliamentary seats..

if DAP can bring in new blood..I don't know why PKR can't...Sabahans will vote in young, educated, professional and energetic leaders who fight for principles and humanity..in place of the old guard..at least, the urban Sabahans will....

"...there's no way in hell that he would allow Jeffrey to be Sabah PKR state chief..." Jambun as reported by Joe Fernandez (Malaysiakini)

Anwar can disagree that he doesn't like Jeffrey who in turn need not agree with him. On face value this statement will be the watershed between PKR and PR. Let's see what comes from the horse's mouth.

This doesn't sound like the statement one would expect from Anwar when viewed in the light of Zaid's and Jeffrey's statements in recent days on this PKR hiccup which some might like to think seems more like a malignant throat cancer.

Anwar Ibrahim owes Malaysians an explanation. It better be a good one!

Bernard, Pakatan has limited resources in its fight against Barisan Najis, and overly negative posts do not help. Here is what HH has to say: "For those of you who are a bit upset with the goings on in Pakatan Rakyat can I suggest this. When angry count ten before you say or write anything. If very angry, a hundred! Peace brothers and sisters."

Good point Zorro! I think the PKR leadership structure is pretty weak. I can understand why Tok Guru of PAS has a problem disciplining Hasan Ali since he is not the President but why can't DSAI discipline Zul Nordin? By allowing him to continue his extremist demands, PKR is sending a signal to the public that it does not hold true to it's moderate stance. So what if PR loses 1 MP, it is better to have one less and show the public that it is clear of its mandate.
BTW i noticed that DSAI has become subdued of late especially after the secret meeting with Najib. Has a deal been reached between the 2?