FOR THE RICH AND MIGHTY ONLY.... 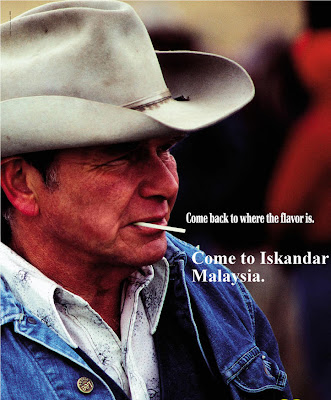 One of the country's top public schools is to develop a new school in Malaysia.

Marlborough College in Wiltshire is to set up the coeducational boarding school in Iskandar Malaysia, a new city being built in the state of Johor.
Marlborough College Malaysia is to have 423 children in its prep school and 915 pupils in its senior school.

Nicholas Sampson, Marlborough's master, said: "The new school will be based on the British model, but it will have a very international feel to it."

The school should be open by 2012 in Iskandar Malaysia, which is being developed in the south of Malay peninsula. Marlborough College expects the new establishment to open by 2012

The project is a joint venture between Marlborough and Malaysian governmental agencies.
Mr Sampson, whose job title is master rather than headmaster, added: "It's a great spot.
"Malaysia has got a tremendous history of being a cultural crossroads.
"This is a statement of intent about our place in the world. We want to be able to speak to the world."

Marlborough was founded in 1843. It charges annual fees of £28,245 for boarding pupils.

The question then is why are Govt agencies (meaning TAXPAYERS' MONEY) getting involved in extortionately high fee based private colleges from UK?

Do we smell and sense the invisible hand of a certain 1st lady behind this sucking up to ex-colonial masters? I mean this is not Harvard, Oxford or Cambridge, is it? 99% of M'sians would not have heard of Marlborough College.

Govt and local private schools are not good enough for the children of Royalty, Ministers and pseudo elites?

And how exactly does this fit into the 1 Malaysia model?

Thanks for the info...tak pernah dengar that name. Now I know!!!

another money making machine sooner or later the dpm will announce 300million scholarship for umnobumi.another mara in the making ..45000rm for 1 super computer ..come with maxis mobile.direct access to tokyosex.com.
thats another way to hit 70million pupulation

Oh, since my tax money is going into it, so how will it benefit the average Malaysian? Will this college be helping Malaysia's 'unemployable' graduates put food on their family table?

Rich UMNO bastards get to go to prestigious schools teaching in English. We poor sods are told English will make the Malays unpatriotic and stupid in Math and Science. Go to the international schools and see how many of the top senior government servants, UMNO politicians and UMNO cronies have their kids there.

The infamous British class system was seeded here in the late 19th century and it's completely antagonistic to the concept of Ketuanan Rakyat since only the capitalist elite can afford to send their children there to be molded into future captains of industry and ultra-rightwing Umno leaders like Mr Pink Lips. This is on par with Umno's sneaky plan to introduce nuclear energy in Malaysia with the help of the French government (who have got Pink Lips over a barrel because they could so easily expose him as a barefaced liar and accomplice to murder) - only difference being this symbol of snooty education only produces psychic fallout.

With annual fees like these I suppose they'll be teaching Advance Calculus in prep school and Bio-Physics in its senior curriculum. Of cos Advance Calculus means calculating in advance the commission and kickbacks one will receive for this project and Bio-Physics is a branch of science concerned with the application of physical principles and methods to biological problems such as the case of a foreign lady who got defrag. I really cannot afford this.

uncle zorro
aiyohhhh... WTF!!!! with charges annual fees of £28,245 for boarding pupils, we will see only the UMNGOK bosses and cabinet ministers, from their children to grandmothers, attending the classes and boarding schooling.

aiyohhhh... there goes our taxes monies to feed their asses so long they are not sei-zhored, thats for sure huh!!!!

really a dumbo idea to get high-end investors to send their kids to the land (or corner) of the world where terrorist suicide bomber "nordin md top" originated from.

this is a private finance initiative lah.. stupid.. means finance by private companies not gomen.. this also want to spin? old bastard..

Good, now I know where to ram a bomb truck to blow up most UMNO bastards in one go.

...for starters,Iskandar,Johore, has a historical criminal ring to it,no?Wonder what positives can Marlborough gain by being here?Guess ill-gotten loot buys legitimacy....sigh

Childrens education also you guys make an issue huh?
Education is a good thing, no matter where it comes from or who you acruire it from.

Can PR comprehend that?

Or would you rather spend your money on cows and beer?

Good, now I know where to ram a bomb truck to blow up most UMNO bastards in one go.

Why do you view everything negatively....investors and senior management of cos who live in the IDR will need to send their kids to international schools...isnt that enough justification for establishment?

If it wasn't there your blog would say....how can you expect investors to come when there are no facilities etc...

Our local schools not even finished being looked into & they are talking about this...!!!

Used to hear that children of the rich and famous were sent to "the college" in Negeri Sembilan so that the fathers can "rub shoulders" with Malaysians who's who.

So now, its Marlborough's turn to be known as "the place to be?" With that amount of fees, might as well place MACC officials there to "screen" the parents...if MACC have the guts to do it...but then again will MACC dare? Everyone oknows the answer to that ...except maybe MACC officials

"And how exactly does this fit into the 1 Malaysia model?"

There is a vast difference between
ONE Malaysia and FIRST Malaysia!

Can they set up a 1Malaysia Bestest Iskandar Univesity for all the elites there. After all Malaysian education system is the bestest in the world!

My knowledge of Najib and Marlborough College goes back to some research I was doing on overseas colleges and discussions I had with a local professor who divulged that info.

However, on checking wikipedia, I note that it says Najib went to Malvern College, not Marlborough.

So, now, I am not sure if Najib actually ever attended M'borough or did so sometime before/after Malvern. Accordingly I with draw my earlier remarks about Najib's association with M'borough.

But I do know that at least 1 NS royalty attended M'borough.

There's nothing positive about a school like this except that it is positive only for the rich and for UMNO's filthy rich whereas it is negative for the poor Malays and other poors of this country who can only blink to dream for that kind of school that is very near in our eyes but yet so very far away.

It is hurting the poor Malays to see the filthy rich UMNO children effortlessly can go to that school to be better equipped with English while the poors have to struggle and rot in vernacular schools from start to finish and after 11 to 13 years on completion still as rotten as an egg because of their rojak English.

Can't you be positive about our negative?

Instead of bitching about this, why dont you guys work hard so that you can send your kids to this school..instead of complaining about it.

if you think its expensive yet worth it, then work hard so that your kids can enjoy its benefits.

Dont act like the world owes you a favour. Wake up to the real world anwaristas..

Oh yeah what are you UMNOkristas? We are bitching because that's the only work left with good money for most Malay girls schoolleavers to live a decent life in KL now, don't you see that? And that too is very tight competitive market for the influx of Malay girls keep bloating every year, they either do bitching full time or part-time with customers readily available from mostly who else but including that of UMNO's filthy rich and filthy super rich.

The only positive thing about this school is, it should make money from expats, and if well managed by the Mat Sallehs, depending on how much they put in, Singas across the border will come and pay. Half the cost at home what?

Otherwise, there's no need to bomb or damage the place. They'll eventually mismanage the whole thing, like others before and there goes our money! If our gomen takes equity, habislah!

What private venture? Iskandar Investment Bhd is under Khazanah which is a Government's company.

So it is not private venture!