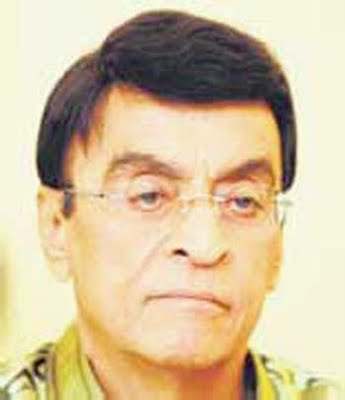 Don’t try to be be a sick sikh hero. already have Karpal and Gobind and are very happy to have just two of them.

MIC (in death throes) Disciplinary Board Chairman, KS Nijhar (Karnail Singh Nijhar) in some futile attempt to get recognition from UMNO made a call to Raja Petra Kamaruddin to come out and face the defamation suits.

Karnail, either you do not know OR in your zealous attempt to apple-polish, refuse to know that in between his sedition trial and defamation suits, RPK was reliably informed by his top UMNO friends that they (KS's masters) were going to send him to Kamunting again for the third time. If SXI head-boy Karnail does not know this then he should look for another lamp-post to piss on.

“Having made many allegations, the truth should come out and be subjected to cross examination in court,” he generously advised.  Cross-examined by a kangaroo court? You deserve a kick in the crotch for this piss-ass advice. Haven’t you heard that Lingam has already been exonerated and that Baginda is on scholarship although lately seen coming in and out of a posh condo along KL’s Jalan Pinang?  You see Nijhar, in this 1 and only , criminals rule the roost and the people’s heroes are hounded.

And who the fuck hell are you to “work with the courts or other authorities to come to an understanding to ensure his (RPK’s) safety.”  That’s a pile of dung, excuse me!

“Even Chin Peng was able to attend talks with Prime Minister Tunku Abdul Rahman Putra and not worry about his safety”, he assured RPK.  But those were different times with extraordinarily honest people like the Tengku, who wore HONOR on their sleeves. Can you say that today in one honest toxic-free breath? If you can’t then I, as an ex-Xaverian shall ask you to run along with “PUDEE DIAH”.

Salute you for that truly truly gut emotions reflective of grass roots sentimens.....

Who is this has-been scumbag and why is he getting involved in a fracas with a Peoples' Hero like RPK?

Perhaps Nijhar would like to tell us what happened to the $100 million collected for the Maika Fund and the $50 million Telkom Shares scams implicating the owner of the balls he so lovingly carries!!

We gotta excuse him.

He got his head buried in Pussyland for too long, woke up in Bolehland and thinks he is on Fantasy Island while the kangaroos took over the courts.

It is either mumbo-jumbo or true, no middle ground...read on coz it applies everywhere, even at tanahairku, .my

Puchong MP Gobind Singh Deo remains barred from the Dewan Rakyat after the High Court ruled today that legislative proceedings cannot be challenged in court, in a decision which appears to go against an earlier Federal Court ruling.

The decision by the High Court today relies on a generally accepted principle of Separation of Powers but contradicts a Federal Court ruling in April which said it was allowed to inquire into legislative proceedings.

The Court ruled today that the constitution was supreme and that it cannot question proceedings of the Dewan Rakyat.

But in April, the Federal Court was willing to depart from this precedent, which gives respect to the doctrine of separation of powers in a case between ousted Perak Speaker V Sivakumar and Barisan Nasional assemblymen in Perak.

In that case the Federal Court ruled Sivakumar did not have the power to suspend Datuk Zambry Abd Kadir, the mentri besar, and six BN executive council members from attending the state assembly.

The ruling cleared the way for the seven men to attend the state assembly and head off attempts to mount a no-confidence vote against the Perak BN government.

With that decision the Federal Court appeared to have punctured the hallowed doctrine of separation of powers upheld by court decisions on five previous occasions.

In the previous decisions, the court had followed provisions in the constitution which says the courts cannot interfere in proceedings of the legislative assembly.

In the case of Gobind today, the High Court appeared to be returning to that doctrine.

Batu parliamentarian and PKR strategic director Tian Chua was today fined RM3,000 and jailed six months after being found guilty of biting a police constable and preventing the latter from discharging his duty.

The sentence would disqualify Chua from holding the MP's post.

The government has said it will not prosecute a lawyer who featured in a sensational video where he appeared to broker judges' appointments.

The footage of lawyer VK Lingam, released by opposition leader Anwar Ibrahim in 2007, unleashed a furore in Malaysia and cast a shadow over the reputation of the judiciary.

But Minister in the Prime Minister's Department Nazri Abdul Aziz told Parliament on Wednesday that no legal action would be taken because an official probe into the affair had failed to turn up sufficient evidence or proper testimony.

For a while there, I thought you should spell his name, not as Kernail Singh, but, Kan-neh-neh Singh..........Obviously, he is trying to prop up his master's balls!As by doing so and in MIC's present predicament and turmoil, he is hoping to be noticed by UMNO. Em****uker!!

Zorro, now I am even scared to go to court. Very scared. Very scared. God knows what is happening. there is no more honour among men.

The evidence against Lingam was clear as daylight. But in Bolehland, daylight can be dimmed by night. I have never felt so sick in my entire life. Sick, Sick, Sick. Justice my fucking foot.

Rightfully said bro, malu lah to be another arse from SXI together with the moronic WCW.

Nevertheless, I'm still a proud as ever Xaverian...lol

uncle zorro, please don't say "running dogs" as it insults us dogs. we dogs are faithful and man's best friends, we also save humans trapped in fallen buildings if earthquake hits. call this mic kaneeneh or wat his name "running rat" please. thank you. on behalf of all dogs.

It's so obvious this damn Pariah bodek king cannot think of a better way to apple-polish his way to Najis's good books. Pordeh!!

So how about asking Bala to come home and tell us the truth, Mr. Apple polisher?

hair-piece a tad too tight maybe?

We came from the same school, but please don't put his name and Karpal's together. Not mine either. Shame..shame...

We in Damansara Damai voted you bloody fark face out from Subang in the last GE. So you have no rights to talk. Shut the fark up!

What a pathetic blog. None of the postings provide clear thinking arguments. Full of crap. What happen to this country. Too many chinese vernacular subversives.

This is the one and only ugly Singh that I don't mind sacrificing myself for the sake of the Rakyat. If anybody is willing to help me pin him down...I'm gonna sodomize him.

Fuck you Baiyee! And fuck you too Anon 10:47! Give us your name, will you? You fuckers are the scumbags of this country and wait till you face the Almighty one day!

One word to describe this fella
"PUNDEK"!!!

Many allegations on "other" people also he no point finger at them.