NOW WE KNOW WHO WILL PUT BLOGGERS TO SLEEP. 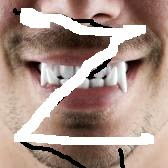 
"Bloggers will be put to sleep". Blogger Ruhanie Ahmad, a former Member of Parliament, lodged a report at the Kajang police headquarters late yesterday afternoon over an SMS that he said contained threats on his life.
Ron went to the police station by himself, unlike Mike Tyson who had to be accompanied by supporters and journalists when he lodged a report against RPK late last month.

"I'm not seeking publicity. I am lodging the police report because I don't think I should take the SMS threat lightly. I think the police can help ... the phone number is there, I have given them everything."

I was there to walk with him. If he had let me, I would have brought along a platoon of bloggers to show Mike Tyson that we have bodies, too, not just brains.


Just 4 bloggres whoever there ard w’ever shall be given stern warning drastic. Bloggers must realise they successfully been identified even will be put to sleep. (Rotten English but I think at least this guy can read and write some English words, unlike you -know-who!)

But like all craven cowards who are inherently stupid, the sender was stupid enough not to realise that sms can be retrieved and author traced and tracked down. We know who he is now. That later.....

We do not know if he is a government agent, probably, since they are recruiting across the board, born-again journalist included, all jostling to better each other. However this sms sender is the most stupid of the lot. Did he not realise that a threat to someone's life is a premeditation to taking someone's life! (unless his omnipotent, above-the-law employers convinced and assured him otherwise). He would be incarcerated and rotan-ed. Swish and the rotan will break the tender skin of the rump and he just has to pray hard that the next swish miss the broken skin! And you know what?

That loud-mouth, ex taxi-minister just announced that "the government will not accept student Wee Meng Chee' apology......the law will take its course." Yang Bozzo, do you know the meaning of satire and parody? Even the stiff upper-lipped Brit royals can take such swipes. I hope the law will take its course over this sms threat sent to Datuk Ruhanie, UMNO member and former Member of Parliament. NO DOUBLE STANDARDS, OK? We will be tracking you!!!! and it is rumoured that a Blogger will stand as an Independent candidate to take you on if you are lucky to be nominated for the next GE. Fair notification given well ahead of time.

And who is this potential killer who threatened to "put bloggers to sleep'? Screenshot's Little Bird and Zorro Unmasked's Hantu have the same guy:

So mata-mata di Raja Malaysia...what more do you want before you submit this for trial with the AG who currently believes in the big picture. After Tun Hanif Omar's high octane blast of the police, do you think Nor Asmadi's employer(s) will whist him off into hiding. You never can tell when we have some key players involved. Ahemmmm. Just another item to remember:

When police reports were made against Nathaniel Tan and Raja Petra, you mata mata acted with lightning speed. When Lawyer Malik Imtiaz received a death-threat, his police report even provided the culprit's office address.....no action yet is forthcoming......and you all pakai the "Saya anti-rasuah" botton over your hearts. Pordah!

So, you tell me how to celebrate Malaysia's 50th Birthday....when the Nor Asmadis want to put bloggers to sleep. I sleep a disturbed sleep even though I go to sleep fully armed!

That asshole Nazri should just quit. His statement on behalf of the government shows that those idiots lack the open-mindedness and have a shallow depth of perception / insight.

To say this in the capacity as the de facto Law Minister proofs that he is incapable of judging things well. A person who is well versed in law should know black and white about law and be able to distinguish between serious and satire.

The message intended to be conveyed by Wee is actually something that cannot be ignored. They should instead take the initiative to fix things rather than making boo boos out it.

Come again, if these politicians lose out in the next GE, it's because that they lost their trust and credibility of you doing the job. After all, they are not fulfilling what is promised from the 2004 manifesto.

I see your sabre has not left you amigo!

Muchos gracias for the balance of justice yet to be seen in Malaysia. If ever you are in JB, allow this humble servant to show you our favourite watering holes

i am ashamed that we have clowns and monkeys as elected representatives and Cabinet ministers.

i am so ashamed that a certain person is the PM of our country.

oh... i ams so ashamed about so many things.

Now...i am already ashamed that the police will no be acting on Ruhanie's report.

Nazri Aziz is a thug, pure and simple. His track record speaks (thuggishly) for itself.

Good job with the investigation, Zorro. I've posted them on my blog too.

good job bro... at least we know he is one of UMNO PUTERA cyber troopers...

but wonder how he get datuk ruhanie hp no?

come think of it, mayb this nor's is one of the victim where his name was used to registered under this H/P number? Just my 2 cents.

I slept lust night wellA as a log after thy companie with Tony Kepten youngish mariner well fed at Putrajaya.
"Putting Blogdogs to sleep?" not so ezy, we have fellow watchdogs who bark and byte before these rogues cometh even ten feet near our gates ... but of course, Nazri, police and kind would continue to jump on NegaraKuKu rapper housed in Taiwan instead, rather than going after real mal-contents like the sms monkey trailing your good buddy Ron.
Stay the course, we will continue to sleep in peAce, mateys.:) Cos the Z-appers are a-plentyin Blogosphere!

Sure hope justice will come by with regards to this threat... but then again, are we really expecting them to check this guy out?

yes how do we celebrate malaysia's 50th birthday with this kind of thing going on?

Dear sir, according to TV3's Buletin Pagi, Nazri the Bulld** had made a statement belittling TDM. He said, "there's nothing great about TDM, former leaders are all like that!"

Such a statement, don't you think?

BTW, I bet this Asmadi is just one of those UMNO fanatics..

Before any lynching, please let the proper investigation proceed and the court of law to make that judgement as to that name is indeed guilty of such malice otherwise you may be lynching the wrong guy however much we disdain both process...

Before any public "lynching", please allow the due to process of the law, both the police and the court of law, to run its course. How sure are any of us that he is the one who did that malice? That number is, according to record from a little bird, registered to him but is he the one that send the sms? Please consider no matter what we perceive of the police or the court of law, that is their responsibility to exercise, not you or me, not at this stage.

The AG will announce that after intense investigation they have decided that that cannot press any charges since the phone was reported stolen. He would say that 'Case Closed'

Moses, your concern is noted. We got a name.We are just pointing the way and it is up to the authorities with their rightful and lawful resources to do the needful. Didnt the PM today asked the people to help the police? We have not played judge, jury, or executioner. We are just helping and one should not read too many things into this. And I hope you can empathise with Datulk Ron!

Bloggers in Malaysia are threatening public peace and security?
Are they trying to overthrow the government?

It sure looks that way, going by the hate campaign against bloggers.

I think some of my brain cells just died after attempting to comprehend that sms .

Alamak Zorro, you all are going to have lots of sleeping beauties and we over here lots of bankrupts..hehehe

I am concerned too about such a threat to Datuk Ruhanie and to all bona fide bloggers.

Sorry I had to resort to your public contact for a private message. This was the only "contact" of you I had left (long story mainly to do with an over-reliance on cell phones and laptops that get lost).

Heard that Kevin got married.
Congratulations!