NO INDELIBLE INK. NO MORE CEREMAHS FROM MIDNIGHT TONIGHT! 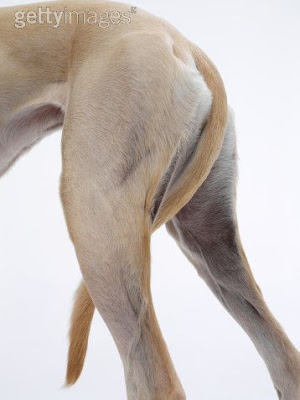 BN RUNNING SCARED? NO INK, NO MORE CEREMAH, NO WHAT NEXT?
ELECTION POSTPONED? 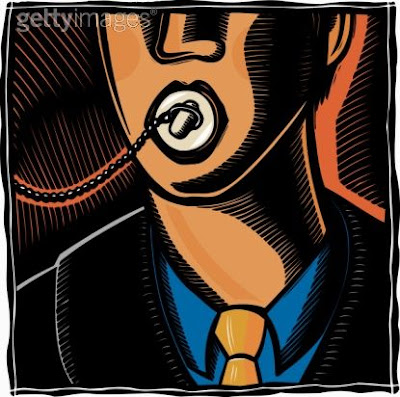 I had agreed to speak at Edward Lee's ceremah on Friday night at Section 17. I called Ed a few minutes ago and he said that tonight's ceremah might be the last. The EC, again unilaterally and arbitrary pronounced: No more ceremah after tonight's. I HOPE THIS IS NOT TRUE. But you never can tell....the EC will do anything at the bidding of BN.

What is your thinking on this. The BN is running scared. They have seen the groundswell of support at Opposition rallys. Their Special Branch are video-taping opposition ceremahs. Like last night I stood in front of one who was "shooting" Haris' speech at Section 5. Truth be told I did my best to block him moving as his shadow moved, until he thought it best to move to a better vantage position. Well, I tried to do my best for my friend, before we moved to USJ (Hannah Yeoh's) and to Segambut Dalam (Yip's)

SHOULD TONIGHT'S RALLYS BE THE LAST, THE BN'S MAIN STREAM MEDIA WILL USE FRIDAY TO SPIN AND CAUSE DOUBTS.
STAY FOCUSED ANAK BANGSA MALAYSIA.

ON 8 MARCH WE TAKE BACK OUR COUNTRY.

raja petra, haris ibrahim and ronnie liu not allowed to speak at ceremahs in penang....i wonder why.....probably BN running scared!
Posted by zorro at 11:06 AM

Yes, I've stopped reading all the local newspapers and forgot how to tune in to the rtm channels.

I like the picture with the withdrawn tail. How nice if it can also show the creature shivering.

I did not get any confirmation to the bit that RPK< Haris and Ronnie are barred to speak. I can tell you that it was the case in Penang on the 4th, when we were told that the Police (presumably driective from OCPD of that district) had cancelled the permit for RPK, Haris and Ronnie. That applied to ceramahs on the island, and presumably it still stands. The ceramahs went on without a hitch on the mainland (Prai Area, Bagan, Bagan Dalam, and Batu Kawan)
Your readers may view their videos here:
http://muststopthis.blogspot.com/2008/03/barisan-rakyat-campaigns-for-dap-in.html

As of now, Haris is still slotted to speak tonight at Klang and tomorrow at SS2 (Friday- MJ Corner opposite the hawker centre)

Unker Zorro,
Definite sign of desperation. The earlier prediction of GE being cancelled may come true. Let us see what is their next move.

I heard that intelligence reports indicate BR is likely to take Penang, Kedah, Perlis, Kelantan and Terengganu and capture 10 state seats in fortress Johor as well as take 90 parliament seats.

Read the MalaysiaToday article " Kawan-kawan, have you met anyone who is voting BN?" at http://www.malaysia-today.net/2008/content/view/3876/84/

Most intriguing and inspiring.

Zawi,
I dont think they are really in desperately but they seems planning something.

I smell the rat as I wrote at 3 tin kecil, tiga lelaki dan Rashid tak tau.

At the same time, I get an email from a totally stranger for me, asking me & other bloggers to publish something... (uncle, i'll foward it to u)

Why can't they implement indelible ink in certain area only? Choose the area that people are educated. Not in the kampung one EC claimed may be sabotaged.

Ignore the EC's directive that midnight tonight is last day for campaign.

In past GEs, the campaigns did not stop on the midnight before polling. I knew cos' I was one of those campaigning.

Unless the ruling is only for BR.

i only heard of raja petra not allowed to speak in penang... now i heard from you... haris and ronnie too. what the hell???? damn angry lah! (i'm from penang). BN is indeed running scared! i heard from my friend who went to the ceramah at lengkok burma where raja petra was suppose to speak, that there were heavy police presence! and this scare the people away from attending. for sure must be BN's work.

ya, enough is enough!
deny BN the 2/3!
vote opposition!

“The State, not family, faith or community, is the guarantor of personal liberty and intellectual freedom that all citizens need look to. While the state can oppress, it is only the state that can create the conditions for freedom and can protect people from those who would curtail that freedom. Other forms of social organisation, such as religions, tribes, gangs, political cults and companies, cannot do this and, in many cases, do just the opposite”.
In Malaysia during the last few decades we have witnessed the unravelling of this core principle; the state as the sole temporal authority, protector of the Rule of law and arbiter of justice has been jettisoned summarily. Elected dictators have long dispensed with the liberties and rights of the citizens of the country they govern. All pretence of due process and the separation of powers ABANDONED; cynical, manipulative and contemptuous of voters, self-serving functionaries, fraudulent, patronising, self-aggrandising, unprincipled and steeped in the corruption.
UMNO has cultivated and institutionalised both the feared and fearful client class of race and religious groups; its dependents, unable even to imagine standing on their own feet. A malignant force perpetuating a repressive retrograde Communitarianism; paralysing the social and intellectual development of very community it purports to champion. That slight of hand, that brandishing of swords, that jingoistic Nationalism - all a sham - to hold on to power to feed its cavernous greed. It has presided over the most shameful venal politics: Wealth without work, Pleasure without conscience, Knowledge without character, Commerce without morality, and Politics without principle.
“It tells lies in an environment where alternative views are not heard. It tells people what they want to hear; give them simple solutions to complex problems, enemies on whom they can blame their discontents, promises to satisfy their narrow aspirations, spectacles and ceremonies to stir the emotions and suppress critical thinking”.
It has undermined the very basis of the economic and social parity it proclaims.
It engendered a breed of parasitic ‘hangers on’; a fractured and polarized society where the LINGHAMS’ and TANS’ tout and pimp for the amoral ruling elite. Vultures circling for rich pickings off rotting flesh.
The outcome? Alienation and apartheid that has become the abiding state of affairs, where coercion, thuggery, intimidation are commonplace. Instead of providing the framework for the intellectual, economic and social advancement, it has shackled a community to defunct racial and religious ideology to bolster its own power crazed frenzy. It has deliberately crippled the ‘able bodied’ and handed it ‘faulty crutches’.
“A society that puts equality - in the sense of equality of outcome - ahead of freedom will end up with neither equality nor freedom. The use of force to achieve equality will destroy freedom….” Milton Friedman.
The world's free societies are those where tribalism and religion has been tamed by the nation-state. In these countries, religion has been detached from the state by constitutional rules.
It is time to unhitch this unholy, dysfunctional BN alliance. – CHANGE is long overdue!