NEXT, A CONDO FOR RATS?

In WATCH IT SELANGOR Part 3 posted this morning, we were told that the MB’s office has not received the Enquiry Report. A reader called and said that the report was sent two weeks ago to the MB’s Office. Now, this is news that the Malay Mail should pursue as I believe that they too were informed that the report has yet to reach the MB.

JUST IN: There is a possibility that the MB will be asked to suggest that UKRC committee will be given charge of the Club House and the field will be under another entity that will later build a condo for ……can you smell it……a condo for “RATS”! We do have one for cows, no?

The hearing starts tomorrow….let’s see if the Selangor government will take side with the little people of UKRC or with some Fat Cats, bent on acquiring that green piece that is the playing field…..that green patch that witnessed many social and sporting activities, local and international.

In 2009, the Star reported on an Under 12 Soccer Sevens Carnial: 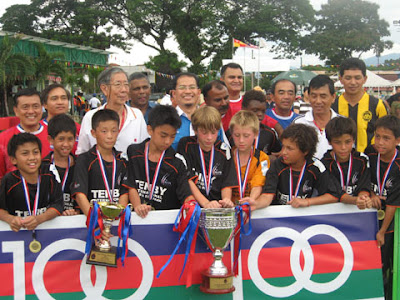 Sieh complimented the UKRC for organising the event as it encouraged young boys to be active in sports.

“In this case, the UKRC are concentrating on football. In fact, I was pleased as they have a group of volunteers who serve the community. If more organisations can emulate the UKRC, then we will not be short of young talents,” Sieh said.

This year’s edition in June will be the 4th edition and probably the last depend ing on the MB’s decision tomorrow.

This September 15-16, UKRC will host the 12th edition of Veterans International Soccer Nines, also on this patch of green. Teams from Hong Kong, Brunei, Indonesia, Singapore, Thailand and Australia are regular annual participants. Would this tournament too see its last edition this year? 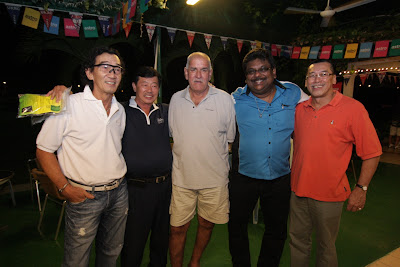 ME, I AM KEEPING MY FINGERS CROSSED.

For sure the Ulu Klang voters are going to say goodbye to Pakatan Rakyat, if MB screw up UKRC's issue. Khir Toyo got screwed already,yes!

For sure the Ulu Klang voters are going to say goodbye to Pakatan Rakyat, if MB screw up UKRC's issue. Khir Toyo got screwed already,yes!

Very simple Sir, promise not honoured, why need to support Pakatan Rakyat.I have been to UKRC before, this guys have got good support all over men.Their field real canggih lah. Ask MB to turun padang lah, baru tau.

Can trust the Panel or not. That fellow, Wan Mahmood is a BN guy lah.Surely one sided one the report, so that MB can give field to MPAJ, after all the hard work done by UKRC Members. If this happens, Anwar, can say goodbye to Selangor.Azmin and Saari bungkus.

Pakatan should learn from BN's mistake.See now, BN, giving money,giving land,giving this,giving that. Pakatan Rakayat cant even honour Election promise. Now want to go to Putrajaya. Dont be a joker PR. Honour this little people in UKRC whom deserve the land that they have maintained for over 50 years.

They are all the same...all talk and no action. In end, they all look after themselves. What do they care about the rakyat. Only when they need you, they come around say a lot of things and try to convince that they are different and the best. At the end of the day, they are all the same - look after themselves. It is really sad that the UKRC issue has not be resolved after all these years. With fields dissapearing all over the country, it looks like the UKRC field is the next one targetted in the name of development. Whatever happpened to the good old days when there was a field in every neighbourhood and we had a healthy society. Just give back the URKC field to the people who have been managing it all this while and who are the righful owners. This is the people's field and let the people run it. Hopefully, a right decision is made in the end and to and end to the episode once and for all.