Hi folks, in case any of you noticed it, my column went totally missing last week. Guess it was a bit too hot for the paper. As always I have the option of publishing it here so here it is: 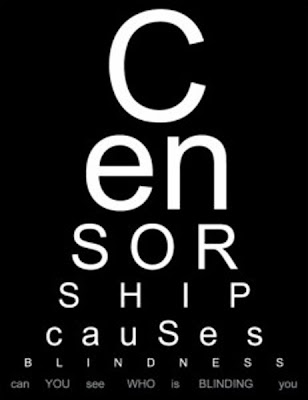 Some time last year a friend gave me a very interesting book, Cultures and Organisations: Intercultural Cooperation and Its Importance for Survival by Geert Hofstede, Gert Jan Hofstede and Michael Minkov. Professor Geert Hofstede is a Dutch sociologist who studies the ways in which companies can incorporate intercultural factors in the countries they work in so that they may function better.

One of the five intercultural dimensions that Hofstede developed in this research is the Power Distance Index that looks at how much a culture does or does not value hierarchical relationships and respect for authority. The PDI measures the distribution of power and wealth between people in a nation, business and culture, and seeks to demonstrate the extent to which subordinates or ordinary citizens submit to authority. The index figure is lower in countries or organisations in which authority figures work closely with people, and higher in countries or organisations with a more authoritarian hierarchy.

Examples of countries with high PDIs are the Arab countries, Russia, India and China while those with low scores include Japan, Australia and Canada.

How does a high PDI culture manifest itself? In these countries or organisations, we would normally observe that those in authority openly demonstrate their rank and their subordinates are not given important work and expect clear guidance from above. If anything should go wrong however, those subordinates are expected to take the blame. The relationship between the boss and his subordinates are rarely close or personal.

When it comes to politics, high PDI countries are ‘prone to totalitarianism’ and class divisions within society ‘are accepted’.

On the other hand, in low PDI countries, superiors treat subordinates with respect and do not pull rank. Hence you find the phenomenon in some countries where bosses and subordinates call each other by their first names. In these countries, subordinates are also entrusted with important assignments. If something goes wrong, the blame is either shared or accepted by the boss as it is his responsibility to manage. This is why we often find company bosses in Japan or Korea resigning or even committing suicide if there is some scandal in the company. Managers also often socialize with their subordinates.

In terms of politics, low PDI countries tend to be liberal democracies and their societies tend to lean towards egalitarianism. Hence you find Dutch royalty for instance cycling around town just like everyone else.

The PDI’s measurement of inequality is defined from below, that is, it is about how the lower ranks of a society or organization accepts and expects the unequal distribution of power. This suggests that both the followers and the leaders accept a society’s level of inequality.

As an example, Germany has a 35 on the PDI scale. This means that compared to Arab countries, which rank around 80, and Austria which has a rank of 11, Germany is somewhere in the middle. German society does not have a large gap between the rich and poor but has a strong belief in equality for every citizen. This means that every German has an opportunity to rise in society.

On the other hand, the US has a PDI of 40. Although still in the middle of the scale, there is a more unequal distribution of wealth compared to German society, a gap that seems to be widening as the years go by. This explains the recent explosion of the Occupy Movement, because the distribution of wealth between the top 1% and other 99% seems to have become extremely unequal.

When you look at the PDI measurements of many countries, a pattern seems to emerge. Those at the top end seem to be less developed than others. They also seem to be undemocratic or at the very least very imperfect democracies. They are the type of countries where you are likely to see leaders who are kept both physically and psychologically distant from the masses. Apart from orchestrated events, you are unlikely to see political leaders in anything except limousines and VIP rooms.

So after reading all of this, and sensing something familiar, where do you think Malaysia stands in the PDI rankings? Do we have our leaders ‘openly demonstrating their rank’? Despite constant exhortations to ‘go down to the grassroots’, our leaders rarely are addressed in anything but the most respectful titles and terms. Some of their subordinates may take on important jobs but they will shoulder 100% of the blame should anything go wrong, even when it’s not really their fault. Our people do tend to wait for instructions from above and feel somewhat lost if we don’t get clear ones. Our mindset remains largely feudal.

Thus it should come as no surprise that Malaysia, with an index of 104, tops the PDI rankings. 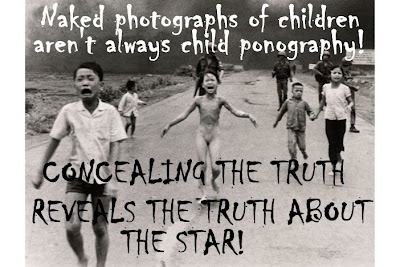 Even without the thesis as incorporated in the Power Distance Index, any reasonable citizen can sense "all is not what it seems" in M'sia but a rating of 104 on the PDI takes the cake.

We all know the peril that UMNO/BN has led us to - but imagine how wonderful the futures of coming generations - once we rid ourselves of their corrupting influence.

Back in 2008, everyone could see troubling times ahead economically - asset bubble State side plus a Europe out of whack (different levels of productivity, under one common currency is sure cause for mayhem - as we see today) but this period of turmoil presents an exciting time for emerging economies ie M'sia, Indonesia, Thai etc capitalising on sustained demand from major Asian players.

There is still hope, some promise for optimism as Europe and the States are in stagnation for the next 3-5 years medium term - their ills is our gain - considering most emerging economies are nimble, pliant, fast to adapt or simply put, hungrier and thus, capable of hard work generating higher productivity.

I'm no oracle but get rid of this bane we call UMNO/BN, I will be willing to hedge every ringgit that M'sia emerge an economic wonderkind to rival all Asian Tigers in SEAsia and East Asia. ABU folks, ABU !!!

If MM's weekly articles can be thrown aside,what else can we say about the newspaper she contributed to.A pariah supermarket tabloid,not even fit to be used for wiping animal waste.

It is a surprised that the index is only at 104.With the moronic polished bald headed son of Nazri going aroud plumetting an honest security guard,doing an honest days work,flaunting illegal gotten wealth the index should actually be in the low 200s.

Bolehland is on this road into the Abyss...

Failed States in a World of Terror - Council on Foreign Relations -

The road to state failure is marked by several revealing signposts.

On the economic side, living standards deteriorate rapidly as elites deliver financial rewards only to favored families, clans, or small groups.

On the political side, leaders and their associates subvert prevailing democratic norms, coerce legislatures and bureaucracies into subservience, strangle judicial independence, block civil society, and gain control over security and defense forces.

They usually patronize an ethnic group, clan, class, or kin. Other groups feel - excluded or discriminated against, as was the case in Somalia and Sierra Leone in the 1970s and 1980s.

Governments that once appeared to operate for the benefit of all the nation's citizens are perceived to have become partisan.

As these two paths converge, the state provides fewer and fewer services.

Overall, ordinary citizens become poorer as their rulers become visibly wealthier. People feel preyed upon by the regime and its agents - often underpaid civil servants, police officers, and soldiers fending for themselves.

Security, the most important political good, vanishes. Citizens, especially those who have known more prosperous and democratic times, increasingly feel that they exist solely to satisfy the power lust and financial greed of those in power.

Meanwhile, corrupt despots drive grandly down city boulevards in motorcades, commandeer commercial aircraft for foreign excursions, and put their faces prominently on the local currency and on oversize photographs in public places.

President Robert Mugabe of Zimbabwe, for example, purchased 19 expensively armored limousines for his own motorcade before his reelection earlier this year...”

Failed States in a World of Terror - Council on Foreign Relations - http://www.cfr.org/africa/failed-states-world-terror/p4733