The Home Ministry has given the nod to Bersih 3.0 to proceed as long as they follow provisions of the Peaceful Assembly Act 2011 and caused no disruptions.

The government does not view their plans as a security matter. In the spirit of the PAA we will not prevent them from gathering as long as no laws are broken.

"They can assemble, but don't inconvenience the public or disrupt public order," Home Minister Hishammuddin Hussein said at a press conference in the Parliament lobby today. HERE 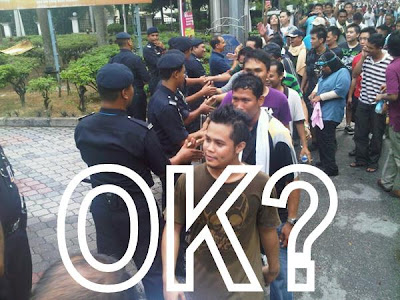 Perak anti-Lynas activists will hold a rally on April 28 in Bukit Merah, in solidarity with the Himpunan Hijau march scheduled for the same day in Kuala Lumpur.

And Bukit Merah is a very suitable place for us to (speak up) against Lynas because it was the site of the Asian Rare Earth (ARE) plant. HERE 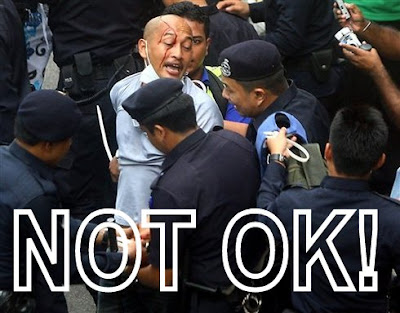 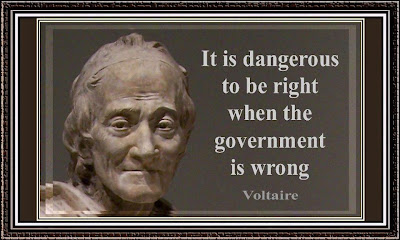 PDRM KNOWS THAT WHAT THEY DID ON BERSIH 2.0 WAS VERY WRONG.

This is given the permission by Najib because of the coming GE and above all to prove how he has transformed ? But just wait and see the impediments he will, or through the police,bring !

beware the hand that bears a gift...more so when the hand belongs to umno....that plus i smell a flip-flop in the horizon

sit-in we shall but let's proceed with utmost caution

"Poisoned Chalice" is a thing or situation which appears to be good when it is received or experienced by someone, but then becomes or is found to be bad...

I was fascinated that such a graceful, beautiful animal would have to drink in such an awkward, clumsy way.

Seeking more facts about Giraffes and their unusual drinking position, this is what I read:

Giraffes use their height to good advantage and browse on leaves and buds in treetops that few other animals can reach...

The giraffe's height also helps it to keep a sharp lookout for predators across the wide expanse of the African savanna...

The giraffe's stature can be a disadvantage as well - it is difficult and dangerous for a giraffe to drink at a water hole.

To do so they must spread their legs and bend down in an awkward position that makes them vulnerable to predators like Africa's big cats and crocodiles...

This got me thinking of how each of us possesses exceptional assets that can also contribute to our downfall.

The trick in life is recognising your asset - and staying alert - so that this asset does not become a Poisoned Chalice.