ITS PERFECTLY ALL RIGHT - TAKING A BREAK.

Since February I have taken Brigadier General Mohamed Arshad Raji’s MIND NO EVIL blog silence as one of those things that we bloggers get inflicted and infected with.

However his silence has resulted in queries in my blog as to why he has stopped blogging. Since he started blogging in 2008 he has done 839 postings. I don’t blame the queries as BG’s postings are always thought-provoking and challenging to the point of pushing the envelope. I thought I was the only one whose sms went unanswered. I only know of one other ex-forces blogger so I took a shot at Major D Swami 7th Rangers Blog:

Sir, what has happened to Hj Arshad of Mind No Evil? Efforts to contact him got no response.

I have tried calling him, no answer on his hand phone. I have consulted all the people who know him. No one knows. 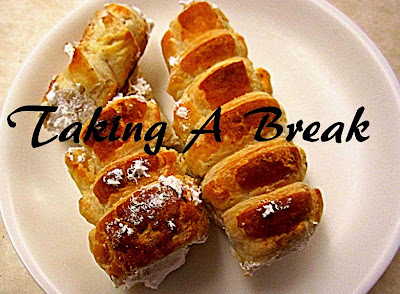 Zorro,for the past few weeks I have wanted to post a comment to you about BG Arshad,but kept back as no news is good news.I was a bit worried about his health,as last when he wrote he wasn't feeling that good.I think that he is taking a break to recharge his battery.

Sir, the Brig Gen is ok. He was away for a while. But his last response to me on his absence from the blog is that he is sick to the marrow with the way things are circussing these days.

JD, thanks for the good news. As I said earlier, we all go thru that stage of frustration. It got to me toobut in certain things we cannot relent and will continue after we get our bearings. I wish BG all the good things I can wish for him...Without him holding his candle, we are minus one illumination.

We all have our Ups and Downs but ultimately we bounce back, live to fight another day!

So relieved, such welcoming news that he's alright! Thoughts of C4 did cross my mind, with recent appearance of Setev Shaariibbu, father of French-Interpreter, Mongolian Altantuya Shaariibuu who was brutally murdered in Malaysia in 2006.