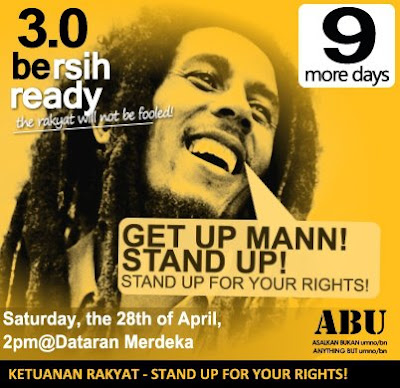 BERSIH 2.0 reads such an attack as a sign of fear by certain quarters of the BERSIH 3.0 sit-in on April 28.

This shows that the BERSIH 3.0 protest is winning hearts and minds of the Malaysian public, home and abroad, despite an apparent attempt to black out BERSIH 2.0 in the mainstream media.