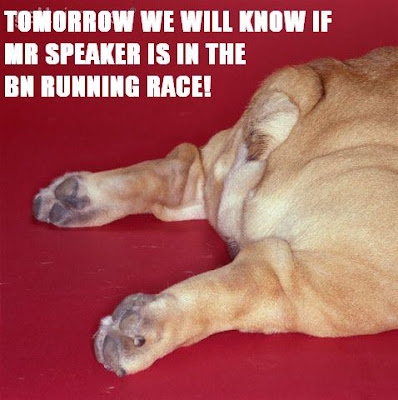 I POSED THIS QUESTION ON SUNDAY 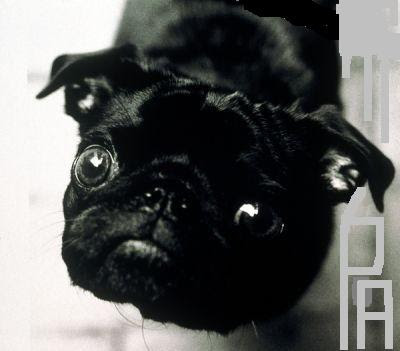 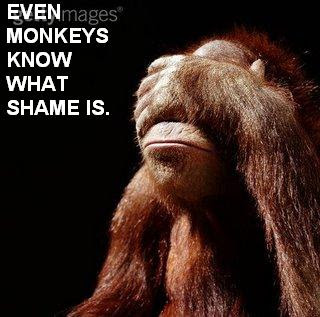 PARLIAMENT?
YOU MEAN THE SHIT-HOUSE?
ARE WE BACK TO THE BUCKET-SYSTEM?
YES, SIREE.....YOU KNOW WHO THE NIGHT-SOIL COLLECTORS ARE!

and a good Laugh HERE
Posted by zorro at 8:26 AM

EVEN FLIES ARE NOT SAFE

So when Perak speaker disallowed 6 people from state assembly its justice, fair and correct

I speaker gets ban for breaking the parliament code of conduct and you call another person a dog.

I think you are the real dog, barking with hipocricy

How to expect justice in Bohonland...even the Chief Justice has not the principle and integrity to resign after personally admitting corruption.
Mr Speaker, you have failed to respect the principle and the doctrine of human rights...you shameless running dog! No balls and no dignity!

at least he has brought back the altantuya issue into the public medias and ruined the government’s ‘no eyes to see, no ears to hear & no mouth to talk’ plan on this vicious issue. our public medias don't even dare to mutter a word on the france's newspaper which has carried a detailed report on altantuya murder case and tarnished badly our jurisdiction & polis system, together with our malaysia image.

since the celaka pemuda UMNO don’t dare to do it, i suggest that the Pemuda keadilan to do it.

‘TO LAUNCH A COMPAIGN TO BOYCOTT FRANCE!!!’ let’s do the hindraf’s style!!!

by doing so, the government is forced to reply if they wanna throw away all the malaysia integrity and good name just to save the najis murderer suspect.

let’s launch the campaign now!!! call upon all the international medias!!!

Lap dogs will be lap dogs master anyway just to check with you,what is happening to mt2day as can't get to it.

Zorro, how much did Anwar pay you to "inspire" you?

Anon3:13pm (parents ashamed to name you?)

Anwar paid me RM2 million to be inspired by him
and
RM500k for every inspiring posting on PKR.

oH, I forgot, my out-of-pockets can be quite a burden to my benefactors....but I can spare some small-change to legitimately
certified Malaysian...meaning you must be born in wedlock, have a BC and of course a name. GOTCHA AGAIN.

lol. i like you and your blog =)
im 16 and still studying and i must say that i think you have an AWESOME blog here !
i've learnt not to trust the newspaper and am glad that there're blogs like yours here out in the internet. at least i can read up opinions and half-truths (better than the no-truths published in the newspaper) and form my own conclusions. you're one of the reasons why im still mildly interested in malaysian politics. so. =)
thanks.

And Anwar personally paid me 100k a month to read and boost up Zorro Umasked's blog...

Hey anon, u interested? Yeah, we are paid very good by PKR, PAS and DAP! Much much better than UMNO, MIC and MCA!

Yeah! 2 million for the blogger, and 100k for the reader.

I wonder why u wanna bother coming in and comment in this blog when u r the one not gaining anything by doing so.

Maybe it's because u realise the blogger n reader of this blog possess great wisdom, and realising ur own shallow wisdom, u wanna migle around with us, smart ones.

Hahaha.. golah join the Malay Power Supremascist blogs.. u dont need me to recommend to you these blogs, do u?

There are thousands of Gobind and Karpal out there!

U just wait, bastards, we are coming to get u mofos!

I am a Malaysian teenager too just like the other person who commented above. Thank you for making me realise the state of the country and the real situation faced in the real world. I sit for my SPM this year and I dread to think what the future holds for me and my fellow comrades from school

Thanks to you i am more informed, and now i have no respect towards our government, our leaders and also our police.
But why do you degrade the sultan and king? Doesnt our rukun neagara say that we need to be loyal to king and country.
Could you please elaborate why you hate our king so much. To me, he has to be respected as he is our ruler.
Why do you defy the decission by the perak regeant? why do you condemn him? my friends and i are very upset by your tone of disrespect towards our monarchy.
Isnt it illegal, the things you write? Why do some commenters get charged in court (star newspaper saturday) yet famous bloggers like you can get away with insulting the monarchy.

And why did you encourage confrontation between races in your blog. As an administrator of this blog, shouldnt you have stepped in when the chinese guy was challenging that malay guy to meet up for a fight? why did you allow that? are you trying to fan racial tension ? is the end so valuable that you condone such means? even if it means racial violence?

Boy, you ain't no teenager...you are posing as one and posing poorly.

You blabbered:
"Could you please elaborate why you hate our king so much."

Give me one instance where I showed hatred for our King?

"Why do you defy the decission by the perak regeant?"

Quote me one instance?

"Why do some commenters get charged in court (star newspaper saturday) yet famous bloggers like you can get away with insulting the monarchy."

Because I did not insult the sultan!

"As an administrator of this blog, shouldnt you have stepped in when the chinese guy was challenging that malay guy to meet up for a fight? why did you allow that?"

I happen to know Admiral Tojo (a Malay) and delCapo (Chinese). What makes you so sure that there was going to be a fight. They are adults. Adults engage. Little boys FIGHT.....and run to mummy.

You are so thin and shallow that I can see thru you. Go, ask whoever sent you to change your diapers. You cant be wearing cheap diapers for too many days. They give you away from a mile away. Shooooo, go play with little boys. You behave like a little boy trapped in an adult body.