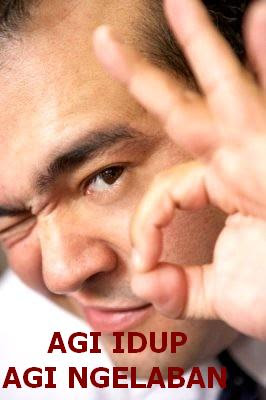 
Deputy president of Parti Rakyat Sarawak (PRS) Joseph Entulu Belaun yesterday called on Nicholas Bawin, Director of Operations of Parti Keadilan Rakyat (PKR) for the Batang Ai by-election to join PRS. “I believe that Bawin is only wasting his time by associating himself with PKR, so it will be good if he can use his potential and join PRS to develop Batang Ai,” said Entulu who is also deputy minister of rural and regional development.


The Borneo Warrior says that

My ears and eyes should start to scann "stuff" as soon as we enter the Batang Ai constituency. Look for the longhouse Bara, just after Merindun Oil Palm mill, on the left side of the road to Lubok Antu, because thats where the battle ground commences, and it goes all the way to the Indonesian border in the north, but not before you pass over the great Lanjak/Entimau National Park. The sheer size, vastness and the ruralness of this constituency is mindboggling to the newcomers.

COBBOLD JOHN of Dayak Nation alerts us to the Dayak leader who is oblivious to the fact that NCR land was sold to Taib & cronies. He also touched on POLITICS OF FEAR in .

Sarawak Head Hunter asks WHAT IS THE TRUE VALUE OF ALL NCR LAND IN SARAWAK?

Taib Mahmud himself has admitted that there are at least 2 million acres of NCR land in . See Sarawak Headhunter's post "You see, they (Taib & gang) have 7 million hectares of timber concessions. Apa itu?".

It could be more, but let us take this figure as true for the time being. Taib's regime grossly undervalues NCR land for the purpose of joint ventures by arbitrarily fixing a rate of RM1,200 per hectare (or RM485 per acre).

A Batang Ai Stringer in Letters from Batang Ai revealed this:

Another form of vote buying is the request dated 13 March 2009 by the Land and Survey Department in Sri Aman to so called ‘mengemaskini data bagi skim Pemempatan Semula Batang Ai, Lubok Antu’ by requesting for bank account number of settlers.

Zorro,
since been here so many days already,you should write a summary about what you think the gov't have done to help these poor dayaks.Let see what is in your thoughts.
Reporting from ground zero would be better if it's posted in MT.Let the whole malaysia see the dirty side of Sarawak.

Neil, I left Sarawak on Sunday 22Mac. The Sarawak guys are doing great. Help them if you can.Go down to the ground and report to them what is happening,what will and can happen.

Ok zorro,
i hope your stay,even though is short,will be a memorable one.
RPK have email me and i'm back in mt.