The home minister has defended the government’s DECISION to deport Saudi Arabian national Hamza Kashgari to avoid Malaysia being regarded as a safe haven for those who are wanted in their country of origin.

On October 2 last year I posted: CAN BUFFALLOS FLY OVER THE MOON:

Noordin Top, a Malaysian militant, after ten years on the run for terrorizing Indonesia with a string of deadly bombings, was finally killed in a shootout with Indonesian security forces. This saddened the Home Minister who moaned: “I am sad because a life is a life. What he did was wrong. We do not condone what he did. I am sad that we did not get to rehabilitate him.”

TODAY he said this:

"I will not allow Malaysia to be seen as a safe country for terrorists and those who are wanted by their countries of origin, and also be seen as a transit county," Hishammuddin Hussein told the media after attending an international conference in Petaling Jaya, Selangor.

Dungu! He was ENROUTE to NZ rather than seek asylum in this MODERATE MUSLIM COUNTRY! How now brown cow? 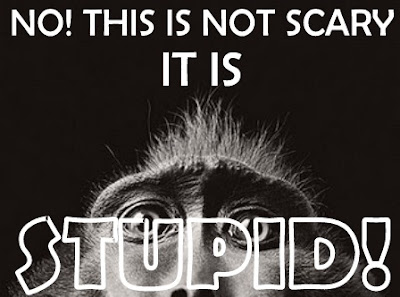 Tell you what! To save us all and you in particular from further embarrassment,

Declare that you are no more a former student of St. John’s Institution (a Johanian) and you can continue your lancheow talk and your imbecilic utterances will not bother us one bit.

People, I invite you to this indepth study of the word “stupidity”

Type STUPID in the LOOK IT UP box

YOU HAVE LEARNT ANOTHER WORD FOR STUPIDITY.

When a person does not have principles, he(she) tends to contradict himself(herself)at every turn.

This comes as no surprise to us all as we already knew long long time ago that this homo minister is totally empty between his ears. The UMNO government requires all its cabinet ministers and their deputies to be devoid of grey matter in their heads.

This is what we call discrimination.One terrorist is a malaysian and another is an arab.
Like in the cowhead incident,they are people of his own kind.

The Malaysian Home Minister, Hisham, is an absolute jerk. He cannot think rationally nor can he probably even think at all. He's a disgrace to the country for his thoughts and action.

And it can be only UMNO who stand by him. That speaks volume of the Party and the Government he represents.

I am a Johannian, Uncle Zorro. I am proud to have a minister as an alumni.

And to think that a 23-year-old was sent to his death because Hishamuddin was talking cock.

My Goodness!!! This man aspires to be PRIME MINISTER of BOLEHLAND! GOD MUST BETTER HELP US! PLEASE!!!!!!!

Hurdy Gurdy....that rhymes so well, but dont be giddy. It is hookay son. It is a choice you have every right to subscribe to. We of course know what it is. Be happy ad sleep well, son.

Meanwhile thousands of Muslim-Islam dies in Syria Assad Crime against humanity.....Where are the Holy Munafiq Malaysian UMNO muslim...and where is the protest on the Syrian Embassy??....sweeping under carpet of play dumb?? The world is watching Islam respond to Life there in Syria!!

Zorrow!
What to do ? Instead of this ex johanian who is also a monkey running this God dammed country.....this lancheow chan tow beats the cake!
Perhaps his father is turning in his grave on this useless sod !

Hisham should focus on those Jemaah Islamiah terrorists operating within Malaysia, many of them graduates from local universities, especially UTM!

The prerequisites to be a minister in UMNO/BN Bolehland is he/she must be an imbecile, nincompoop, brainless, directionless, irrational to the extent of being labelled a moron.

To be a DPM, Education Minister, Home Minister or the Defense Minister, he/she must be a confirmed racist, rabid religious fanatic and a munafiq to boot.

This kerismudin fellow is a jerk who shames his father whenever he opens his foul mouth. He is supposed to be a lawyer. I wonder whether he ever practised law or has come against an erudite lawyer of Karpal Singh's stature and fame.

When pedigree as in animal breeding, race and mediocre qualifications (kulitification)are the inherent criteria for exalted positions in the cabinet or the government service, we can' expect anything better.

Shameless morons cheating their own kind and at the same time pretending to be champions of race and religion.

One day a female brain cell accidentally found her way into this man's head and was astonished to find nothing in there. So she called out "Hello, anybody in here".

Suddenly she heard a bunch of voices replying "We are down here".

What can one expect from a pathological liar like Hashimuddin?

Hisham gets commission from Saudi?

This is one way to show that they are more ARAB than Malay. Do the Saudi Arabs give them brownie points or something more financially for sucking up to them.