WILL LYNAS LEAVE US WITH THIS LEGACY THAT CHERNOBYL DID?

It was previously reported by the New York Times that Australian mining company Lynas Corporation has started construction on the world's biggest rare earth refinery in Pahang, which is Prime Minister Najib Abdul Razak's home state.

The daily also wrote that Lynas has been given a one-year tax break, with an estimation that it could generate RM5 billion a year in exports starting late next year.

However, this sparked radiation fears since a similar rare earth plant in Bukit Merah, Perak, run by Japanese company Mitsubishi, which has since been closed, resulted in several cases of leukemia, cancer and birth deformities among nearby residents in the early 90s.

Mitsubishi is reported to be undertaking a stealthy but expensive RM100 million clean-up in the area.

Chronic exposure to radiation does more than increase the risk of cancers. It threatens the immune system, exacerbates pre-existing conditions, affects fertility, increases the rate of birth defects, and can retard physical and mental development.

I DO NOT APOLOGISE IF THESE PICTURES OFFEND.

I HAVE NO INTENTION TO OFFEND

NOR PRETEND THAT THIS IS NOT AUTHENTIC. 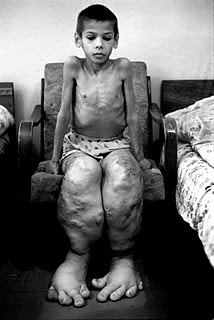 Sasha is one of the children at the Vesnova orphanage. More than five million children are living in the affected areas of Belarus, Russia and Ukraine 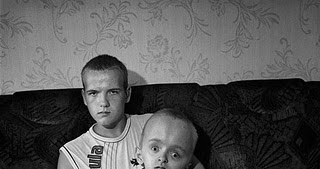 Minsk ,Belarus
Twin brothers Michael and Vladimir are 16 years old
Michael with hydrocephalus is five minutes older than Vladimir who is deaf 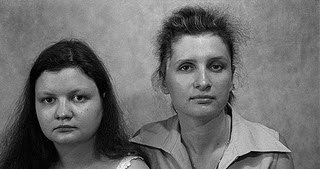 Two sisters with brain tumors. Irina is 19 and Yelena is 24

They left Chernobyl as soon as they were told, but the radiation was too strong. 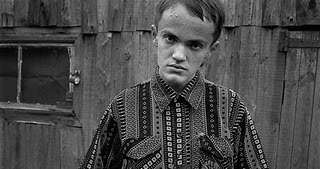 Ramzis Faisullin, is 16 years old, he suffers in school because of teasing by boys and girls, he hopes his children will not look like him 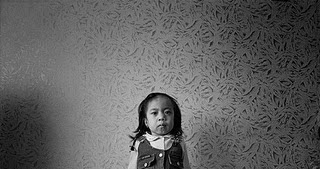 Ainagul Aksuatsky is 6 years old, but has not grown since the age of three, her parents took her out of school and have considered placing her in an orphanage because they do not have the money for her care, she tries to study at home now.

A nurse prepares a bath while Zgenya a 2 1/2 year old with a massive growth that contains his kidneys, sits and waits. the tumor is inoperable. 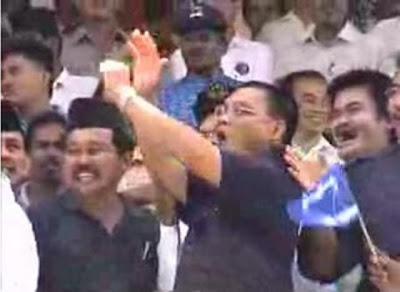 “If the people really feel strongly about it, then we can recommend for a total closure of Gebeng, and we shall see the reaction of the 20,000 people working there and that of their families,” he said citing that every industry in Gebeng, the nation's chemical and petrochemical hub, produced some form of emission.

Yes, lets hear from the workers and their families.

So now Pahang MB Adnan Yaakob is threatening Gebeng workers/residents that the whole Gebeng Industrial zone will be shut down altogether if they protest and Lynas is asked to pack up?
He comes out in strong defence of Aussie company Lynas Corpn Ltd but didn't he last week denied that Pahang State Govt under him was responsible for issuing approval for Lynas to construct the rare earth refinery in Gebeng, Pahang? Malaysia's AELB(atomic energy licensing board) too has denied involvement so who is behind Lynas approval? We the Rakyat demands transparency, we want to know who? ...Prime Minister Najib?

I agree with your sentiments. However it is important for the 20,000 people involved (according to the Pahang MB) to help themselves by saying NO to this Lynas refinery. I am a firm believer in God helping those who help themselves. If the 20,000 Gebeng folks chose to remain quiet, then let them face the consequences as they are the ones who face the greatest risk. I may sound cruel and insensitive but I cannot believe none of the 20,000 Gebeng folks have challenged the dickhead MB's statement yet.

If people-power does not drown the threats and absolute disregard by the powers-that-be, then we can conclude that we have entered the age of tyrany.

Aiya all these noise won't move these rock hard hearts.!
There are alternatives;
1.Tell that dunggu CM (must be a DUMMY bcos he uses sign language!)to shift his residence to Gabeng, right next to the Lynas site. He can have a fancy bungalow built for him (made of lead!) Tell that to the PM as well since he is so eager to have it in his home state. With all the billions they can pave the street with (fools) gold!
2.Make GABENG the new state capital!
or
3. Inform all the residents to sell their property at inflated rate to PM-CM & CO.
Stupid CM, you think you can shut down all the industry in Gabeng without any consequence! Go ahead!
Prove that you TOUGH MACHO MAN!
Talk is cheap!
To all the residents of Gabeng-STAY PUT!

Malaysian lives are damn cheap compare to Australian lives. If the plant is so safe, wouldn't Australia want to built the biggest plant in the world on their home soil. It can provide thousands of jobs for their people, lift the income in the factory locality ... think of all the multiplier effect from the revenue that the plant will generate. Well, why is it that Australia is sooooo generous to give this up and locate the plant in Malaysia.

If the Lynas plant at Gebeng is safe why the Australia did not set the plant in Australia. China slows down their rear earth industry. In the event there's a major disaster the people approve the project should be held responsible.

Zorro
That picture of Adnan looks like deform victim from Chernobyl. No wonder he wants his people to follow his deformation brains cells.

The people of NE Pahang are already up in arms and mobilising against the Lynas plant.

Hence the incoherent outpourings from the mouth of the Pahang MB.

BTW, the tax holiday is for TWELVE years!

I predict that the people of southern Terengganu will mobilise too (Gebeng is very near Terengganu).

Did Lynas Corporation Ltd receive direct approval from the PM who is also Pahang's Member of Parliament himself, and that explains why Malaysia's Atomic Energy Licensing Board(AELB) was bypassed?

Who gave Lynas Corpn Ltd the "Go-Ahead" signal without approval then?

All residents of Pahang. Show your disgust in the next GE.

Those bn-controlled media did not carry the reports on the risks of rare earth and people's concern on lynas plant.

However, Guang Ming Daily have been giving plenty of coverage on the hazards of such processing plant with its field reporting and third party expert view on this matter:

" If the people really feel strongly about it, then we can recommend for a total closure of Gebeng, and we shall see the reaction of the 20,000 people working there and that of their families."

For instance, other than the wages they receive, are they fully aware of radioactive dangers to the community and to themselves? Once they kena, if something goes wrong and in Malaysia it's likely to, because of bad governance due to corruption, they won't be able to work any more because of damaged health. Their families, wives and kids lives will be jeopardised.

Give them their rights. Facilitate workers unions!

After all don't owners claim everything is A-OK? If so why takut?

The wider community outside Gebeng is also imperiled if there's a fcukup as happened in Fukushima.

Here's what a Japanese public official said that undercores the point and Adenan's irresponsible attitude:

The MB didn't say what kind of emissions come from existing factories, and what is emitted by Lynas nuclear plant! Many villagers are still ignorant about the risks and dangers; one worker even said that since it's govt approved, they can't [mind you, can't] protest! See how they are brain washed!

The Pahang MB (Monkey Brain) does not know what he is talking about. As he is mentally handicapped, he was taught hand language by a mother chimpanzee. As the saying goes, monkey see, monkey do.

I must congratulate you on starting and maintaining this campaign. Whatever the owners and the authorities may say about how safe the plant is, accidents will bound to happen. And when a serious one occurs with hundreds of people suffering from the effects of radiation, we may see a repeat of the Union Carbide case in Bhopal, India. The foreign partners packed up and left overnight and left the mess for the local authorities to clean up. By then the victims will most likely have no court to turn to for compensation. The Australian courts will most likely not entertain the case on grounds that it involves a foreign company and the accident happened in a foreign land in which they have no jurisdiction, The local courts will most likely maintain their present records of defending the government and throw out any claim against the latter. If in the pleasant event the victims win at the first hurdle they still have to clear the other courts all the way to the highest in the country. No bets taken for this. I hope you'll try to distribute the pictures and the captions to as many of the locals at Gebeng and its neighbouring areas as possible. We cannot just say "let them face the consequences as they are the ones who face the greatest risk". The radioactive particles can travel for hundreds of kilometres with the wind and affect the innocent outsiders! Think about Chenobyl and now Japan!

24 years after Chernobyl disaster, the problem is not over yet. It seems that a new scarcophagus is needed to build around the already existing one. An international conference to raise funds has fallen short of its goal.

Pahang MB likes Lynas plant in Gebeng very much and so do CSL and LTL.