IS APCO CALLING IT A DAY? 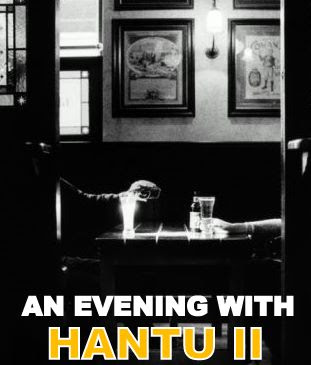 HUNTU II just back from Washington DC seduced, or rather, tempted me into having a nightcap with him last night at……….. never you mind the name of the joint. I had intended last night to be a spiritless night as I had an early blood-test appointment at the Uni Hospital. I allowed myself to be seduced/tempted for two reasons: It has been long overdue our meeting and because he was buying….this chap whose most difficult journey his hands takes is to his wallet.

On every occasion we meet he is always escorted by some matahari type. Need I elucidate? After the preliminaries matahari smiled and left us alone. This was prearranged for sure. The old devil knows that I would be talking more to his date than listening to him. Thoroughly a spoilt sport.

“APCO is calling it quits,” he sneered.

Before I could speak he continued: “We are beyond repair. Irreparable image if we can call our mess, image . Uncoachable. More like what your friend Wenger J Khairy said: ‘the problem is the Government for its part does not have a single "trustable" face to sell to the global community, whether it is for investment or to present the case of the Government vs. Anwar Ibrahim.’”

He gave me no chance and continued: “Back home in the US of A, APCO has lost loads of credibility associating with us. They can’t get a credible blogger to malign DSAI. They got a nondescript hilly-billy instead. Even a hobo or even some street-people in Akron, Ohio, could have made a better attempt. They couldn’t get either NYT, WSJ or Washinton Post to do an op-ed for them. Washington Times did ……at worst a puppy-poo paper!”

I still had not put in a word yet and he banged the table, “Next drink on you. Double Yamazaki. Need to celebrate. You need to pay this round. Dean Johns counted you as one of his Favorite Malaysian in his last column. Don’t pretend you do not know. Darling (everything with breasts is darling to him), two double Yamazaki….ok your turn now.”

“But I have no choice but to pay,” I retorted.

“Your turn to speak now, lah”, he guffawed.

“What broke APCO’s back?” I asked.

As I drove him back to the PJ Hilton, he told me to slow down at Jalan Changgai and said….”see that house there…..check it out tomorrow. It could be a Special Branch new safe-house!”

arsehole can't even convince a group of students on the palace thingy...

how the fuck he could become a minister?

and what more with a sex-crazed minister suggesting marriage is only about SEX...

"These people, you can't just stop them from having sex," Mohamad Ali told The Associated Press. "Muslim girls also want to enjoy (sex)."

With all those millions of easy dough and they call it quit just like that? Chicken or what? Maybe headless chicken running around...

The highlight was the laughter in the background when he says the current palace is small!

Shameful...just shameful! Why? Why do all these Asian people in power need to be so confrontational when their feathers are ruffled? Hey..you want to eat salted fish then don't complain the saltiness lah, right? You are a politician and politicians are supposed to have thick bloody skin so you can't even take some jeers from a bunch of kids...and with good reasons too. Don't threaten lah...like you are a big fucking shot and the rest are just dumbos! The reason they were laughing and jeering you was because of the nonsense you were spinning about. Even the kids could see thru you lots! Aren't you pathetic???

I'd recommend a second viewing but this time, concentrate on the facial expressions of the bloke sitting beside Mr We-Need-Palaces.

Hmmm .. APCO might up their fee to RM500 million for this faux pas.

I never realize you two blokes are so keen "healthy lungs" watchers!...take care of your heart man, just enjoy your biru la!

Kurang ajar children of chinkies aka chinklets. Learn to respect someone older than you. How can you boo at someone who was simply answering your question.

This chinklets that will grow into chinkies, warts and all have been brainwashed by the DAP . We all know about this incident and Master chinky lim guan eng's people had already coached this chinklets to react that way.

Hope they know how to swim because they will be running to the sea when the majority race have had enough..

If Apco can't save Jibby and his distorted consort, there is cause for much happiness in a Brutus call Buffalo Din.

When it reaches the stage where even the Jews are at a lost for recourse, we know that BN and umno must come to an end for this nation to crawl out of Saiful's anus. Should we be cursed by the Bowel Demon that Brutus Din ascend the throne and ride our ass out, I'll call anyone 'darling' if only of a handout cos the nation will be broke by then.

Hey, bodoh minister, in my father's mansion there are many palaces. By the way, APCO has discovered it cannot sell dickheads to even flies.

Lim Guan Eng should be arrested for bribery and corruption. This Cheap Minister thinks he can buy votes with his RM100 gift to senior citizens . This is political corruption or political bribe , isn't it ? To look at it from a different perpective , all senior citizens above 60 yrs old is entitled to this RM100 bribe , as to qualify for it you must register your name at only DAP service centers. Read more here http://justice4otk.blogspot.com/2010/08/guan-eng-arrest-me-if-rm100-payout-to.html

He sounds like a "Jaguh Kampung Moron & a Eunach"...

No wonder we lost or rather "Donated" Woodlands, Batu Puteh & KTM to Singapore...

What we need in the 21st Century context - Men of "Distinction, Honour,Integrity, Resourceful, Visionary & Competency Based" as Leaders.

With the APCO deal, Jibby Check-mate himself mah!

Madey took the trouble to learn & understand everything so as to be in control at all times.

Sadly the the present & the last one have been very "Blur"...Why?

Thought they were "Smart Elites" so they used our funds to get so called International Political Strategist or their "Pawns" as "Con-Sultans" to do it from A to Z.

Does it sound familiar...guess who coined it???

Just how can a Nation's Leader "EARN" the "RESPECT" from his Peers, his Party, his Government & the rayaat to achieve a "TRUE" Win Win Deal, when he carries "All the Skeletons of his past Deeds" that the whole World knows...more so with the "Neighbour"

Next he does this...

They're Coming: Freedom Flotilla Two and Others Planned - http://baltimorechronicle.com/...dman.shtml

According to the Israeli daily Yedioth Ahronoth, Tel Aviv's justice ministry is preparing to face a wave of international indictments against Israeli soldiers, senior officers, and government officials.

They can't come a moment too soon." Unquote.

So could it be a "Subtle but Deadly Retaliation"...with all the "Implosions" above, below, all around him on top of his Nightmares from Mama & Amina?

Followed by his quiet trip overseas with Mama (to be with Jho Low???) when LLS was charged...

Furthermore, alot of his Party Leaders could be implicated...

So he might have to say "Sayonara" to his "Hot Seat" and be a "Political Refugee" in exile at some 3rd World nation...

As it stands, Madey will be the happiest man...

Waiting to use that gap to execute his Grand Finale Gameplan...

He sounds like a "Jaguh Kampung Moron & a Eunach"...

No wonder we lost or rather "Donated" Woodlands, Batu Puteh & KTM to Singapore...

What we need in the 21st Century context - Men of "Distinction, Honour,Integrity, Resourceful, Visionary & Competency Based" as Leaders.

You forget that almost 50% of the "majority" voted for Pakatan Rakyat in the last General Election?

So, a huge chunk of the majority reject your UMNO/Perkasa style racism and fascism! They voted for PAS, PKR and even for DAP.
You not aware that DAP has branches with Malay members?

And calm down, you don't want to burst a blood vessel prematurely, do you?

I have never met a PR agent who would drop a paying client no matter how bad. Yah, it can make your resume look bad but PR people good at making excuses. Futhermore as a top professional, its a challenge to take on the worst client.

I think APCO drop because their paycheck also get cut.

Thanks for the mention Unker Zorro.

Hey guru,
Your site seems to have a lot of annoying mosquitoes lately.. i will get you some shelltoxs to get rid of these insects.

really anony..ing these mosquitoes must be too much rain water gone to the brain or something.

Asshole odour emanating from his replies!!! He was practically pleading to the students not to embarrass him!!

Ali Rustam told the malays to marry early at young age if they want to enjoy SEX, have more legitimate children to boost the membership of umnoputera/umnoputeri.

The payment of RM 100.00 by DAP to seniors is legal and honest money paid out and openly announced. What about the money channeled to UMNO putras, the money UMNO spent to buy votes using taxpayers' money? Are they legal or openly published in the newspapers? What about the NEP?