In the past four decades, the population of Sabah has increased by almost five folds (from 650,000 in 1970 to 3.12 million in 2010), much of it consists of illegal immigrants or their descendants.

Such population implosion has not only created unbearable strain on Sabah's social and economic fabric, but it has also stripped original Sahahans of their sovereignty, in that a large chunk of its present electorate are made up of these illegal immigrants who have been illicitly granted voting rights through a massive clandestine operation known as ‘Project M' (M stands for Mahathir). 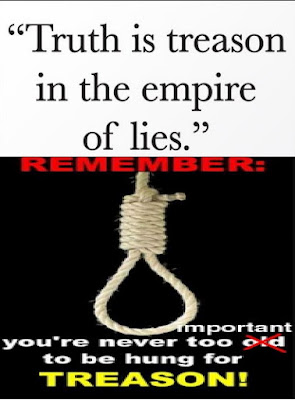 In a rare display of judicial independence under former prime minister Dr Mahathir, Justice Muhammad Kamil Awang's judgment (HERE) annulled the Likas election in Sabah in June 2001. Muhammad in his judgment chronicled details of a massive illicit campaign to convert illegal immigrants into voters through the unlawful issue of blue ICs and the unlawful registration of these IC holders into the electoral rolls.

“I tell you, it has come to stage when these PTIs (‘pendatang tanpa izin’ or illegal immigrants) dare to speak out. I hear it every day from the people. When they fight for a place to sell vegetables at the markets, our locals are driven out. Yesterday when our locals fought back and said, ‘this is our country’, these foreigners retaliated and said, ‘No, we will be taking over your state very soon’," said Wilfred Bumburing.

"When our officers reprimand them at government departments, they retort, ‘don’t you be so conceited. Our people will be in your seats soon’. These illegals are costing us our resources, causing health, social problems, they bring drugs and they bring disease to Sabah. But the most important thing is that our sovereignty has been breached and the government has not done anything."

Prime Minister Najib Abdul Razak announced yesterday that the Royal Commission of Inquiry (RCI) into the illegal immigrant problem in Sabah will be headed by former chief judge of Sabah and Sarawak Steve Shim.

Former prime minister Dr Mahathir Mohamad has said that the RCI would serve no purpose and would harm the BN no matter what the the commission's findings were.

“If the findings fall in favour of the government, the opposition will say it’s manipulated and if it is against, the government will get it in the neck,” he said. At least he is aware of THAT part of the anatomy at “stake”!

The RCI announced today will be tasked to investigate the number of foreigners granted citizenship in the East Malaysian state and whether this had been done in accordance with the law. Eight TERMS OF FERERENCE were spelled out. HERE

WHY PUT THE CART BEFORE THE HORSE. THE RCI SHOULD IMMEDIATELY DETERMINE IF THE FRAUDALENT GRANTING OF IC TO ILLEGAL IMMAGRANTS IS A TREASONOUS ACT. ONCE THIS IS ESTABLISHED THE OTHER PIECES WOULD INVARIABLY FALL INTO PLACE.

Maybe some legal eagles could enlighten us on this pressing dilemma
Posted by zorro at 7:52 AM

Is the penalty for treason to hang the culprit by the neck until he is dead?

It's a ploy to buy time lah, a last hope for some 'magic' if it works.

They are never serious in eradicating what they themselves started, never have been, so why should they now with GE-13 soon? What they want is to remain in power and continue screwing us to the grave!

Meanwhile the old evil Mamak is screaming mad in desperation and shitting bricks, fear of the loop that's closing down on him. Six months? Najib may not even be able to retain
his Pekan seat, in 6 months. :D

It's sad observing those well-fed pot-bellied Sabah politicans, even up to this eleventh hour, they still maintain good words for the Umno boss.

Joseph Pairin Kitingan assured Sabahans "the govt will do its level best!" (since when, ask that ding-dong katak tua?) while the Dumpo guy praised .."He got GUTS to tackle the issue"!

Hilarious, I nearly fell off the chair in disbelief!

This is the true reason why the grand son of the pariah from Kerala, the shenanigan Mahathir is fighting tooth and nail to prveent the cat coming out of the bag. Also that was how the shenanigan and the scumbags and parasites were reelected and stayed in power for so many decades. That must be the reason why he is now also trying to come up with all the justifications for the project.
But all that will end soon, shenanigan Mahathir and no doubt the very thought of the exposure must give the shenanigan many sleepless nights., not to mention the incontinent he must be experiencing lately. These are only the beginning of his retribution for all the atrocities he committed. Pray hard for forgiveness from Allah and also start planning for a place to immigrate to. No matter how hard he prays there must be an opposite reaction for every action he took.

Dr. M hates christian running Sabah govt, now what happen. In the end they blame Christians again. Where in the world they are at peace?

Some examples of BN going haywire:

2. Misuse of the National Day celebrations;

4. Continuous harping on the Talam Corporation issue and creating an issue out of water in Selangor;

5. Trying to drive a wedge between PAS and DAP over the hudud issue;

Mahathir is the Author of “Project I.C” and setting up of RCI would complicate him directly. Look at his unpatriotic comments : “…………………we don’t have to do that because they come on their own…………..
maybe they feel Sabah is safer and that is why they stay there……………………..to repatriate the foreigners…..but it was a pointless exercise because they kept returning.”

So, indeed Sabah is like a paradise or heaven for the illegal immigrants and they have been offered free entry, free mykads and free special rights at the expense of the locals as long as they are willing to vote for umno/bn. All these have been possible because of this devil in disguise as human.

Now, the message is clear and Najib’s RCI is just a fake. I call upon all Sabahan voters to reject umno/bn outright in the GE13 if you love your state.

...a shriveled neck no doubt...still better late than never!

Mamak must be called to testify by RCI to answer some of the accusations against him regarding the issue of IC to illegal immigrants.

Blame Tun Dr Racist M in the smae tone to the Pairins Kitingan, Ongkili, PBS...PKR.......yes ....this has religious elements in there....also Natives can send the tanpa Izin to Peninsular using free Titanic SHIP Daily ....only way to clean Sabah and Sarawak up....or KICK UMNO-BN out and Make Projec IC as 3rd Class citizen .....and give Malaysian an option to migrate.....win-win...

uncle, the rci is yet another sandiwara...i mean look at scope of the rci...its not intended to accomplish anything significant....just another veil

PR reps should raise a ruckus on this so that our frens in sabah are not deceived...my 2 sen